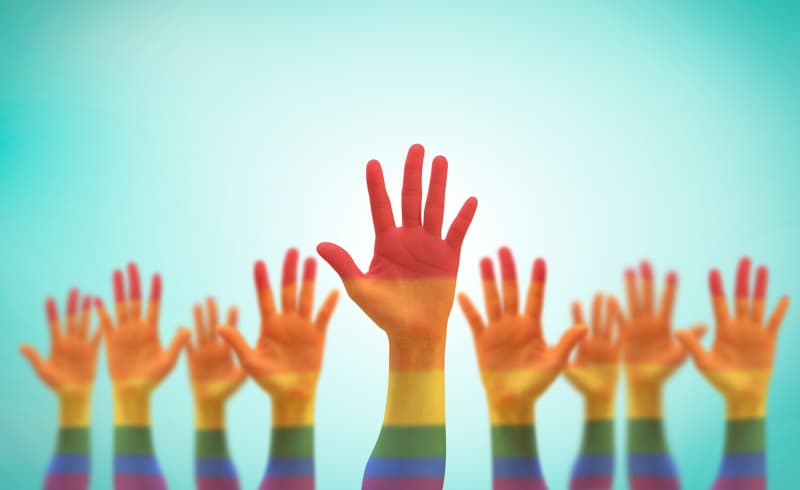 In 1952, a man in London was prosecuted for committing homosexual acts. At the time, homosexuality was considered both a crime and a mental deformity. He had to accept chemical castration punishment for his actions, which were labeled as “gross indecency.”

However, the drugs were so potent that they almost drove him insane. Unable to bear the excruciating mental and physical pain afflicted by these chemicals, he committed suicide on 7th June 1954.

This man was none other than Alan Turing. A British Mathematician honored as the father of Computer Science. As a man of exceptional talent, he worked as a cryptanalyst during WWII and helped crack German ciphers. By breaking the intercepted coded messages successfully, his role was pivotal in helping the Allies win the war, and yet, this was how he was repaid.

One might argue that at least in the internet era, people would have more awareness and be more accepting of the LGBTQ community. But nothing could be further from the truth.

In Northern Nigeria, homosexual acts can be punished with “death by stoning,” and in Indonesia with “imprisonment and a 100 lashes”. Even in so-called developed countries, the amount of shaming and ridicule that occurs is enough to thrust someone into the depths of depression and self-loathing.

But the shocking truth is that homophobia has nothing to do with country, race, or religion but it has a lot to do with a person’s mindset. It is why some people feel threatened by homosexuality and go to great lengths to suppress it.

Allow me to explain better with an example.

Let’s say that I was an atheist, and you’re trying to convince me that God exists.

You might argue that you feel a spiritual connection, a bond between you and God that keeps you safe and loved. I might not get that, and that’s okay. But the problem arises when I’m obnoxious enough to ridicule it, or label it as a disability, just because I don’t understand it.

A lot of people don’t understand homosexuality, but few of them are egotistical enough to believe that anything beyond their comprehension must be illogical or ridiculous. Some people go a step further to oppress anyone that doesn’t conform to their set of beliefs.

Such people are easily threatened by anything unfamiliar or different and try their best to suppress it. When such people are in positions of power, they can destroy millions of lives due to misguided acts of anger and fear.

What they ought to hear is that being different isn’t something to be ashamed of but something to be proud of. This has to be understood, not only by the LGBTQ community but also by society as a whole. Then, and only then, can we create an inclusive and friendly environment for everyone?

A gay friend of mine once told me this eye-opening statement,

“For people like me, to be a commoner is something special.”

For people like my friend, neither do they want to be put on a pedestal and given special treatment nor should they have to march along the streets of a city to gain the support they need. All they want is a life of normalcy, the one of equality.

I hope that one day, we can create an inclusive, harmonious atmosphere for everyone by accepting that there are a few things beyond our understanding that are perfectly logical. Even though we don’t understand it, let us celebrate it anyway, for it is things that we can’t explain are the ones that marvel us.