Get Daily Email
Join/Login CLOSE
Home / Featured Content / The Rebel, Part III (Or My Life as a Guinea Pig) 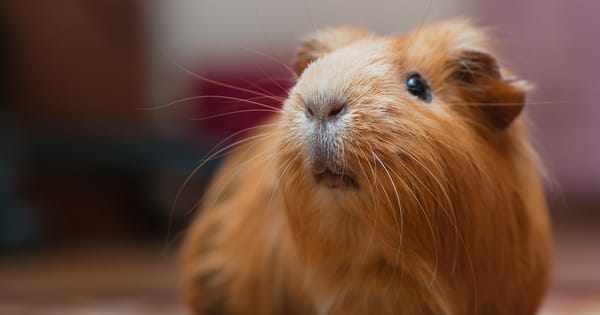 A while ago, I wrote about my penchant for asking “why” and how this sometimes leads me to (respectfully) challenge authority – or at least the status quo. Last week, I took this theme a bit further, discussing civil disobedience, which takes “challenging authority” and kicks it up a notch.

Upon reflection, I have come to understand this trait as an integral part of who I am and therefore, now regard it as a blessing. As I mentioned in the “Why” blog, it took me a while to fully embrace this aspect of myself, since questioning the status quo is often frowned upon.

Looking back, I can still recall certain defining moments…situations involving, at the time, great risk – the risk of being ostracized, outcast, or simply thought a fool. At that split second in time, I had a choice to make. Would I stand up for what was true and right, or would I cave and go along? Would I speak up for the underdog or would I sit in complicit silence?

In this blog, I thought I’d share one of those moments with you. At the time, it seemed quite benign. And to you, it may still seem rather insignificant. But, as I’ve thought about it over the years, I’ve come to understand that it was the first time, as an adult, that I stood up for my Truth.

As a freshman at UNC Chapel Hill, I reveled in my newfound freedom…a bit too much, as it turns out. I was an education major. My first college-level science class kicked my butt. On the other hand, I was captivated by my first Psychology class! As you can probably guess, I changed my major. Who cares that there are no jobs for Psyc majors….it was fun!

As a requirement of Psyc 101, students had to sign up as guinea pigs in the experiments of the upperclassmen.

“Don’t worry!” they said. “All experiments have to be approved by the Institutional Review Board (the university’s ethics committee).”

Reassured, I signed up for my first experiment. I was asked to sit in a chair at the end of a row of other people. Although I didn’t know it at the time, the “others” were confederates – they were “in” on the experiment. I was the only guinea pig.

We were asked to look at a three (different) colored circles projected on a screen in front of us. Then, we were asked to say, out loud, whether the color of the circle in the middle was closer in color to the one on the left or the right. While viewing the first slide, we each, in turn, voiced our opinion. I was last, of course. Oddly, each person before me verbalized the opposite of what I was thinking.

Hmmm…my turn. At this point, I’m thinking that I must not be able to see clearly because the middle circle really looks more green.

The next slide was presented, and the same thing happened. Somewhere around slide three, I realized that a) my eyesight is 20-20 and b) I can’t be wrong this many times in a row. So, I told the truth (as I saw it).

For the rest of the experiment, I continued to appear “wrong.” When it was all over, I was debriefed, a requirement of psychological experiments. The purpose was, they said, to see if I would speak my truth, in spite of evidence to the contrary. Was I brave enough to withstand the implied societal pressure?

To me, this scenario beautifully illustrates the “inner rebel” theme of my life. Further, it’s why I started this blog – to help others learn to live, speak, and act from a place of Love, rather than Fear.

This is not to imply that I am never afraid. I’m often afraid. But, as Elizabeth Gilbert describes, in her book Big Magic, if Fear wants to come along, it has to sit in the back seat – it’s not allowed to drive the bus!

As you go through your week, push Fear out of the driver’s seat. Put it in the trunk…kick it to the curb. Whatever it takes! Just don’t let it steer your life!