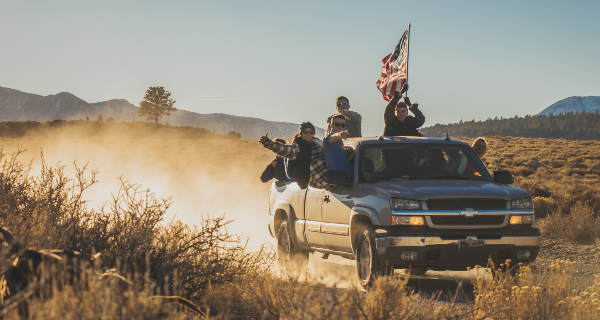 It used to be that being called a racist was a terrible thing. It elicited groaning, weeping, and gnashing of teeth. People would go to great lengths to refute the claim; testifying to their standing in the community and best friends of other races. Racists had no real problem with being racist. They just didn’t like people to call them one, avoiding appearances of being a racist without regard to how they felt. But things have changed.

As former White House Chief Strategist Steve Bannon suggests; being called a racist doesn’t matter much any longer. The definition is so changeable that id depends on who is making the claim and who is being charged. A disturbing pattern has evolved which renders the charge almost meaningless in some circles. Myriad defenses against the label have arisen; backed up by certain media, elected officials and even the Supreme Court. Let’s take a look at what is and isn’t racist in America these days:

What is and Isn’t Racist?

Being caught on video while you have a job: As many a Dick, Tom, or Becky have learned. Nothing can save you from your racist tirades once it’s been plastered all over the Internet. Shared, liked and re-tweeted until your bosses and their bosses can’t take the heat. It seems that calling the police on small black children for gathering in public places or shouting at people in line at the grocery store to “go back to your country,” is bad for business. If your racism affects the corporate bottom line, you’re not only racist but fired.

Being caught on video if you are the police: You can be caught on video; shooting an unarmed black or brown man in the back who’s running away from you, while calling them an ethnic slur, and you may not be racist. If you allege to be in fear for your life or thought you saw them reach into their waistband, you might be golden. The police union will be right there to claim the video, no matter how long in length won’t tell you what happened in the moments leading up to the shooting or the angle will be inconclusive. Those ethnic slurs were understandable and unfortunate utterances made in the heat of the moment. Every now and then an officer will be found guilty of something but that is a rare case indeed. Maybe they didn’t pay their dues?

Being caught on video if you work in the White House: It remains to be seen if any action taken by any official is a matter of concern to the only person in the White House that matters. Having a trove of racist emails released (Stephen Miller) and having hundreds of Democrat elected officials and over 50 civil rights organizations call for his firing, didn’t even get an official response. Policies that include separating brown children at the border from their families with not even a plan for reunification is par for the course. Muslim bans, shithole countries, and economic indifference all stem from the top. Yet full-time surrogates and the cable networks his base follows are ready and willing to claim the President isn’t a racist. Pocahontas anyone?

Racism, in general, is being defined by some almost out of existence. No longer does a racist result make a difference, there has to be racist intent for it to count. This is the justification that the Supreme Court has made the law of the land. They have let stand some of the most egregious cases of racial redistricting by claiming the intent was merely political and not racial. If the laws don’t specifically state the District was designed to lump most minorities together to reduce their overall voting strength, despite numbers showing it did just that. It will be deemed Constitutional. When SCOTUS got rid of the enforcement powers of the Voting Rights Act, the very next day, several states put policies in place to suppress minority votes. A provision to reinstate the enforcement ability has been passed by the House in Congress but will never see the light of day in the Republican-controlled Senate, let alone survive a Presidential veto.

There is one place those who are otherwise blind to the existence of racism can spot it. If you call someone a racist; it must be that you are the real racist. It’s officially racist to point the finger at someone else without being called racist yourself. If you begin a discussion about race you must “hate white people.” I write about race quite a bit therefore I get called racist quite often. I often describe an American history that doesn’t always flatter the Founders, the Constitution, and the rationale behind the Monroe Doctrine and Manifest Destiny.

I write about slavery and how it was the base of the foundation on which this nation was built. I talk about slave-breeding which many alleged historians don’t acknowledge. They speak of our early leaders in reverent tones, I relate that Washington’s teeth weren’t wooden but taken from slaves. They say the Constitution “laid the groundwork to end slavery.” I say that it sets the stage to protect domestic slavery which Jefferson did the very first day it was possible.

When confronted with racism in this country, there are three options.

I submit that doing nothing, failing to acknowledge racism when it’s directly in front of you and allowing it to continue unchecked, is no better than actively supporting it. I’ll go back to the example of Voter Suppression. If you are a Republican elected official in any of these states (North Carolina, Texas, Alabama, Florida, Louisiana, Kansas, Pennsylvania, Wisconsin, Georgia, Mississippi, and others (25 states have passed new voter restriction laws in the last few years). You are engaging in voter suppression and therefore supporting racism.

Before anyone gets hyper-sensitive and starts screaming about preventing fraud and the common-sense rationale for photo I.D., I challenge you. Show me a state that passed a photo ID law that didn’t simultaneously pass other laws or implement new rules, designed to limit minority votes. Whether it’s to limit early voting, reduce or move polling locations, purge eligible voters from the rolls, increase poll watchers to “monitor” voters, limit availability of ID. The purpose is to attempt to win elections by limiting minority (and youth) voting so that you can keep power. You might consider it simply partisanship but to be sure; it’s racism

Racism isn’t just going to go away by itself. We’ve seen a surge in the prominence of white nationalists and supremacists. Some have made it to the upper levels of the White House, (Bannon, Miller, and Trump). Those surrounding them do or say nothing, thus aiding the cause. There is a body supposed to check the Executive Branch but they are either unwilling or unable. It’s hard to overlook the fact that many in Congress are beneficiaries of voter suppression. Their seat depends on keeping turnout from certain populations low. Given that Congress won’t do its job. The burden of refusing to accept racism falls to we, the people.

It’s up to us to put people in place who can see racism when it exists and do everything in their power to excise it. One of the schemes of suppressing voters is urging people not to vote. Telling them “your vote doesn’t matter so why bother?” It matters, even in states where the Electoral result is already determined. Your vote is needed for state senator, or congressman, even dogcatcher if that’s an elected office in your area. Every elected office matters and those being encouraged not to vote will be the most repressed as a result.

Voting out elected officials will not eliminate the racism in some people’s hearts. It can send a message that racism will no longer be tolerated. Racist policies and racist people have got to go, it will take time but the message must be received. The average racist is currently being empowered, (except the unfortunate few caught on videos). People’s hearts and minds won’t be changed immediately but actions will reflect that there’s a penalty for being racist once again whereas it’s currently being rewarded.