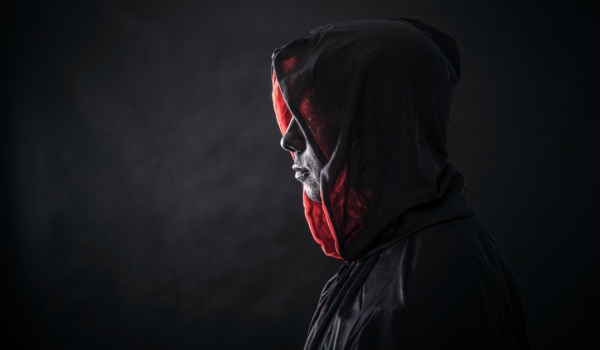 Since the Battle of Thermopylae, two and a half thousand years ago, the image of the Spartan in his scarlet cloak or chlamys has become emblematic of an ancient warrior ethos.

The Spartans had their critics and enemies, of course. Nevertheless, many thinkers throughout the centuries have been drawn to the notion that we could learn something important from their legendary self-discipline and code of honor. Today, books like Gates of Fire, movies like 300, and events like Spartan Race, help to keep alive this fascination with the Spartan ideal.

Earth! render back from out thy breast
A remnant of our Spartan dead!
Of the three hundred grant but three,
To make a new Thermopylae! — Lord Byron

The Greek philosopher Plutarch is one of our main sources for Spartan sayings. Here are some of the key maxims he tells us about.

For the ancient Spartans, character, honor, and virtue, were paramount. They didn’t trust philosophers or intellectuals, believing that wisdom should be displayed through your actions and the way you live your life. According to legend, the 9th century BC lawgiver Lycurgus reformed Spartan society based on the values of equality among citizens, military fitness, and austerity. He instigated a brutal training regime called the agoge, designed to instill unrivaled courage and self-discipline and shape the characters of Spartan youths.

Spartans also judged other people based on their character. For instance, King Agis was once advised to take his soldiers and march against the citadel of another country, guided by one of its inhabitants. He refused, saying, “How can I entrust the lives of so many youths to a man who is betraying his own country?” In a similar vein, the Spartan king Agasicles once turned away a very learned teacher saying “I want to be a pupil of those whose son I should like to be as well.” The Spartans, in other words, placed more value on finding role models than attending lectures, in order to educate yourself and strengthen your character.

The Spartans were, of course, particularly renowned, and feared, for their military courage. King Agis used to say that Spartans do not ask “How many are the enemy?” but “Where are they?” When someone asked how one could remain free throughout their life, he said, “By being unafraid of death.”

When King Anaxandridas was asked why Spartans marched toward danger so boldly he said it was because they trained their youths to care about life but not, like others, to be afraid of dying. Courage, particularly in the face of death, was the foundation stone of Spartan culture.

Self-mastery was therefore integral to ancient Spartan culture. The Spartan king Agis asked what sort of education was most popular in Sparta, famously replied “Knowledge of how to rule and be ruled.” That requires Spartan discipline. For example, when someone observed that the Spartan king Alcamenes led a very simple and austere life he said, “Yes, because it is noble for a man who possesses much to live according to reason rather than according to his desires.”

Spartan self-discipline also meant knowing how to control your speech, and hold your tongue where appropriate. The Spartans were notoriously laconic, a word which comes from Laconia, the name of the region in which the city of Sparta is located. They used words very sparingly, especially compared with other Greeks. For instance, after giving a long-winded speech, an ambassador asked what he should report back to his country. King Agis said, “Tell them only that whereas you couldn’t stop talking, I listened patiently in silence.” By contrast, a famous orator was criticized for sitting at King Archidamidas’ table without uttering a word. However, the Spartan ruler said that an expert who knows how to speak should also know when to remain silent.

Once, someone rudely asked the Spartan Demaratus whether he was quiet because he was so foolish he didn’t have anything worth saying. He replied that, in fact, a fool would be someone unable to remain silent. When another ambassador gave a long-drawn-out speech to the Spartan king Cleomenes he said, “What you said at the beginning I don’t remember, so I did not understand what you said in the middle, and therefore I cannot agree with your conclusion.” The Spartans were men of few words.

Although Spartan justice often seems brutal by modern standards they did adhere to a strong set of principles concerning fairness. Seeing, for instance, that the runners at Olympia were eager to gain an advantage in starting, King Leo said, “How much more eager these runners are for a quick start than for fair play!” For Spartans, there was no honor in a victory gained by cheating.

Finally, although this certainly wasn’t a view shared by all Spartans, we’re told that when someone brought up the old maxim that a ruler should “Help his friends and harm his enemies”, king Ariston replied that it is surely much better not only to do good to our friends but also to make friends of our enemies. As Plutarch observes, this is also what the philosopher Socrates was known for teaching. Although Spartan society was often very harsh, in other words, it could also find opportunities, sometimes, for virtues like generosity and benevolence.

Facebook186TweetPinEmailShares186
wpDiscuz
0
0
Would love your thoughts, please comment.x
()
x
| Reply
Share this ArticleLike this article? Email it to a friend!
Email sent!