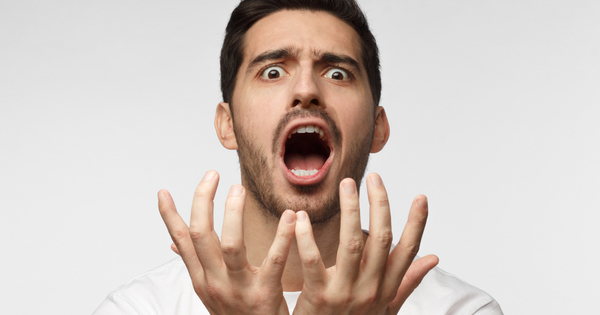 I’ve had trouble processing the news recently, but a few stories have caught my attention. Seeing posts on Boston’s “straight pride parade” is awfully depressing, yet unsurprising.

In the U.S., many people who have been taught not to see their privilege—whites when it comes to race, men with gender, heterosexuals with sexuality, etc.—become indignant when groups that are marginalized in those categories, such as people of color, women and nonbinary people, and LGBTQ people, demand for this country to fulfill its democratic promise.

Many whites get angry when they hear black activists say, “Black Lives Matter,” because we think that such a statement marginalizes us as white people. It doesn’t. It’s merely saying that to police and other institutions in this country, black lives are perceived to not matter, so we all need to challenge that.

Whites are already treated as individuals by police, rather than as members of a race—which is to say that to police, white lives already matter. That is white privilege and white supremacy, even though whiteness is, as James Baldwin and many others have pointed out, a massive fiction: it’s more about power than about skin color, as the Irish, Germans, Polish, and other groups were not always considered white—and yet, it is an intensely powerful fiction.

That’s the problem I have when people to tell me to be proud of my heritage as a white person: what is white heritage? My ancestors were eastern European and Jewish, but they weren’t always considered white. White heritage—that is, on a racial level rather than an ethnic one—is composed of things like colonialism, racial slavery, and the genocide of Native Americans, and I have no reason to feel pride in that.

That said, I also have no reason to feel guilt for it, but I do have reason to take responsibility for how my actions perpetuate white supremacy, then work to challenge it. Right now—and I don’t claim that this is nearly enough—I am continuing to work to read the histories of people of color to learn about what I can do differently in the present.

And a good chunk of what W. E. B. Du Bois called the psychological wages of whiteness—the knowledge that no matter how horrible your life is, at least you’re not a person of color—applies to other (and again, overlapping, not comparable) categories of oppression as well. For example, if you feel less masculine than other men, that shouldn’t be dismissed, but it does need to be put in perspective: it’s not the same as being oppressed by sexism. At least you’re not a woman or a nonbinary person.

And once again, the straight pride parade reignites controversy about what constitutes pride worth celebrating. The dominant sexual culture in our country is very much heteronormative, and even though gay, predominantly white, cis male culture has been incorporated more into the mainstream in the last few decades, some heterosexuals feel threatened by marriage equality as if that threatens the existing social order.

It doesn’t. Now, if more LGBTQ people like myself demanded greater equity to protect us against employment and housing discrimination, perhaps that would threaten such an order more, but I feel like the straight pride parade is an excuse for heterosexuals to reassert themselves as dominant in the social order . . . when they already are dominant.

And the same goes for “All Lives Matter” and “Men’s Rights.” Privileged groups feel that their societal advantage has been challenged and that it is therefore slipping away. The reassertion of white, male, and/or heterosexual sociopolitical dominance (hegemony) in contemporary society is not only unfortunate—it is dangerous to already marginalized groups, including people of color, women and nonbinary people, and LGBTQ people.

Black Lives Matter, feminists, and LGBTQ rights activists understand this. If you think a Gay Pride Parade threatens the institution of heterosexuality, well, it doesn’t. Please keep this idea in mind when marginalized peoples are fighting for their rights, as opposed to reasserting ones they already have.

FacebookTweetPinEmailShares552
wpDiscuz
0
0
Would love your thoughts, please comment.x
()
x
| Reply
Share this ArticleLike this article? Email it to a friend!
Email sent!