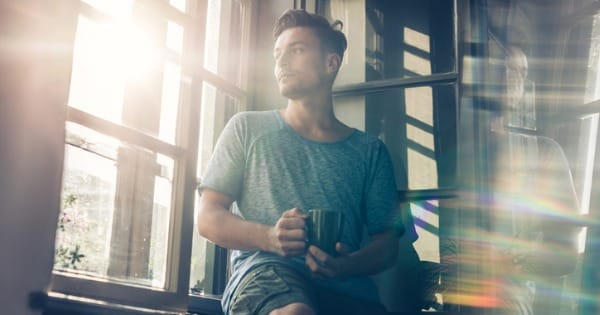 It seems that discussions about mental health are happening everywhere now. Our generation has done well for that. We’re all encouraged to talk about, well, everything. Especially mental health, in fact on Time To Change there is a whole section of the site dedicated to people recounting personal stories on how important opening up is[1]. And it is. No-one can deny that for those who are struggling, talking to someone about their worries, concern, and issues is a way of helping to confront and overcome them. A problem shared is a problem halved they say, and I believe this is true. Yet it’s also just as important for those aren’t necessarily facing big struggles to start talking about their emotions too.

For many people, the concept of ‘opening up’ is a difficult one. It looks amazing to sit down and be 100% honest with someone about emotions, but it’s never that simple.

Let’s be clear, for me, it’s not that bad. It’s just the general struggles of being human, isn’t it? Yet that kind of internal rationalising and downplaying is exactly what keeps me and others from ‘opening up’. I know there are so many people going through such awful things, so why should I go on about my petty little problems? I don’t even know if I have anything worth saying. That’s part of the internal conflict. How are you supposed to open up if you don’t know what to open up about? Maybe it would be easier to transmit the constant internal monologue to someone else’s brain for examination – one day I’m sure that technology will exist – but then again who has time to look at that, when everyone’s got their own internal monologue to contend with.

That’s why so many of us bottle it all up. It’s easy to defend and rationalise. Intense impulses to confront certain issues fade, eventually. That burning problem or emotional pain will lessen with time, and so it seems easy to them push them down into the bottle and avoid making a fuss. Yet the space in the bottle isn’t infinite, it can’t be. And sooner or later there’s going to be so much stuff in there that the lid’s going to burst off and things will get ugly. The accumulative effect of built up emotion could end up turning what were individually small problems into something much bigger.

In fact, even when it doesn’t get that dramatic, I can personally testify that by silently carrying around a weight of unresolved issues, annoyances, longings and questions only serves to affect relationships in negative ways. Because inner conflicts and frustrations have a way of forcing themselves out onto other people, even if you don’t notice it.

A common way of releasing pent-up stress is to turn to substances binges, and I can certainly relate to this appeal. There are times when I find myself counting down the days and hours until I can get in some way intoxicated. With the drinking and drug-taking culture of university, and a great deal of social activity going on, it’s easy to do this, but lines between whether I’m doing it for the social fun and enjoyment or just for personal release have started to become a bit blurred. For the time being it’s socially assured – I don’t do anything on my own, but it’s not a healthy road to be on.

So is this struggle a ‘man’ thing? While I don’t think it is exclusively,  popular psychology certainly seems to point that way, with an article on Psychology Today saying bottling up emotions is ‘central to masculinity’[2].

All aspects of this topic have become of heated discussion in the last couple of years, yet I’ve found recent debates on masculinity limited to only those who have a strong sense of personal identity; whether they be decidedly against the ideals of masculinity, or furiously defending them. For many of us, I think it’s almost impossible to recognise the extent to which we are affected by our own unconscious masculinity because it’s exactly that: unconscious. I can’t honestly point to my behaviour and blame it on my inherent masculinity, and I don’t know if I bottle things up because I’m a man or just because I’m me. Yet statistics do tell us that men are less likely to seek help, even though 1 in 8 are affected by common mental health problems[3].

There could be many reasons for this, whether it be a heavy reluctance to show weakness to others, or the before mentioned self-denial that there is anything wrong in the first place. For me, a major reason is just the fear of embarrassment. This is irrational, I know, and it shouldn’t feel embarrassing to open up about emotions, but it somehow just is for me. Again, that reaction could be an internal masculine mechanism to avoid exposing weakness.

And that links to why I’ve written this at all, because I already feel some sort of embarrassment. It’s not a call for personal attention even if that’s what it looks like. I guess it’s an attempt to start discussion or consideration for those who normally try to avoid it. And in this, all I’m doing is grappling with what I’m actually trying to say. If nothing else that represents a snapshot of how difficult it can be to try to open up. It’s been quite personally frustrating to try to write about and maybe to read as well – it’s difficult to express how you can’t express yourself. Yet even in the grappling, I have found it to be personally helpful and in some way clarifying. And that in itself is testament enough to the notion that ‘opening up’ truly does work as a means of self-help. Even if I haven’t been able to hit the nail on the head in this time, I’ve at least given it a go. Like anything, some sort of progress is better than none at all, and even just starting a discussion is better than remaining silent.

So, those who can – do it. And I’m not even talking about seeing a professional (of course, if you feel inclined to, then don’t hesitate), I’m just talking about being as honest as is ever possible with the people around us. There are those who are more superficially concerned than others, those who ask ‘how are you?’ without really wanting to know. But there are also people who genuinely do care, and you will know who are they are. So make the most of them, and be there for them in return, even if they haven’t actively reached out to you, just check up on them. Others who physically can’t or won’t or don’t – let’s grab a drink sometime and talk about random stuff, and maybe after a while, we can let out some of the stuff we’ve buried. After all, given a typewriter and an eternity, a monkey will type the complete works of Shakespeare, and maybe given a willing ear and a lifetime we could eventually express ourselves 100% accurately and honestly.

Daniel Paton was born in 1996 in Stratford upon Avon and is now studying Creative Writing at the University of Gloucestershire. He has had poetry and short fiction published in anthologies, and also writes stage plays, one of which was performed at a local theatre festival. He currently lives in Cheltenham, and will be continuing his studies at Masters Level. 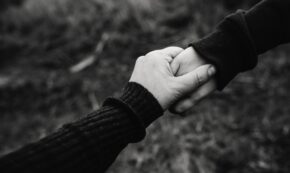 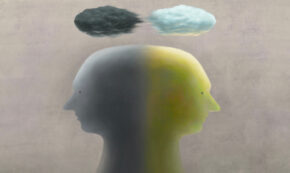 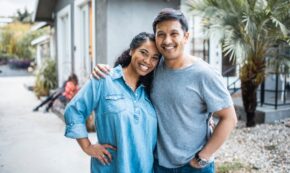 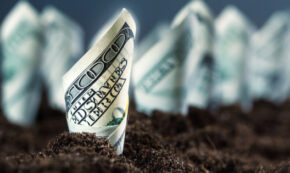 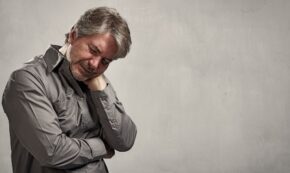