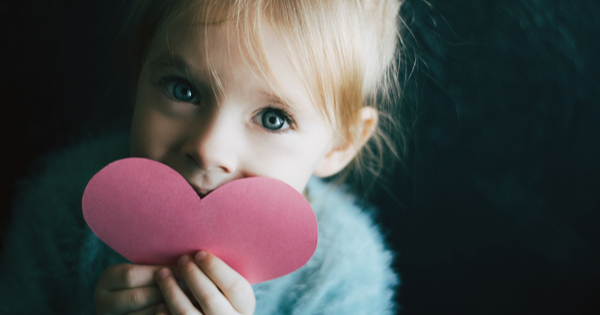 I’ll just go ahead and say it.  I’ve disappointed a lot of women on Valentine’s Day over the years.  There is something about a day of forced obligations that I find unsavory.  If you are doing something nice because of a date on a calendar, that doesn’t strike me as very nice at all.

Prior to meeting my wife I spent fifteen years telling people I loved them without ever acting like I did.  The past ten I’ve spent meaning it, but not saying the words nearly enough. I like to think that she understands and appreciates the true depth of my feelings, but just in case, I did pick up a card and some flowers.

There is a difference between thinking Valentine’s Day is an unnecessary opportunity to show somebody how much you care and boycotting it completely just to prove a point.  That seems like asking for trouble.

It turns out that I was worrying about the wrong lady in my life.  My wife seemed content with my efforts, the four-year-old was not. As excited as she was to wake up and find a basket from Baby Cupid ( don’t judge me ) her enthusiasm for her new Star Wars cup and action figure ( I said don’t judge me ) was quickly replaced by disappointment that Valentine’s Day was not a “holiday” that involved a family dinner.  Apparently, she had spent the entire week thinking that a baked ham and some time with her cousins were going to be part of our celebrations.

As she gets older I’m sure her attitudes and expectations for the day will change.  For now, she has no concept of romance, courtship, or societal pressure to buy chocolate.  What she understands is that Valentine’s Day is supposed to be a day of love.

To a four year old that word only means one thing: family.