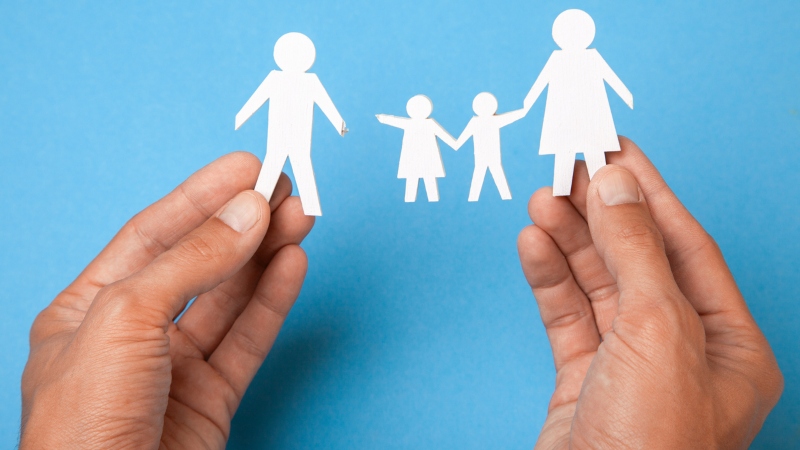 There’s a change in the air, a shift rippling across the planet changing the way individuals, courts and law enforcement agencies view and respond to domestic abuse.

Finally, blinkers are falling from eyes and people are starting to understand that domestic violence is not primarily about physical assaults.

First and foremost it’s about entitlement and control.

Across the world laws are slowly changing. Scotland has delivered the current gold standard in criminalizing coercive control. England and Wales have also made legislative changes towards criminalizing this insidious but poorly understood abuse.

But we have a very long way to go. Whilst as a lawyer and survivor, I support a legislative response, I believe that education and empowering survivors to talk about their experiences is the primary key to change.

Because when I was entrapped in the web of control and abuse, I believed I was the only one. I had no idea that women everywhere are stuck in similar prisons, carefully planning each word, each move, so as to not trigger their partner’s wrath. Asking permission before meeting a friend for coffee, buying a dress or calling her mother.

And despite how proficient she has become at tiptoeing on eggshells, she is finding that she is putting a foot wrong with increasing regularity, like I was. Today women all over the world are imprisoned, with seemingly no prospect of parole, and the man that promised to love and protect them is their judge, jailer and sometimes, executioner.

this article I wrote briefly about how victims of domestic abuse have historically been viewed by society. Originally it was with pity, with the perception being that weak women were simply overcome by the strength of brutal, alcoholic husbands.

Later, thanks to the widespread adoption of Freudian philosophy, women stopped being pitied and started being blamed. Blamed because, according to Freud, woman were simply men without penises and, for some reason, liked being abused and would actively seek out men who would treat them badly.

Finally in the 70’s, society started to realize that domestic abuse is not primarily about physical violence but rather a desire on the part of the perpetrator to gain and maintain power and control over their partner.

As a result of this breakthrough, finally, responsibility for the public emergency that is domestic abuse is being laid squarely at the feet of perpetrators.

As unpopular as this is in certain circles, the reality is that most perpetrators of intimate partner violence are men.

None of these gains have come easily. Pushing back, with increasing force are a not insignificant number of people, largely but not entirely men. Angry entitled men with an ax to grind.

Men who are angry. Furious that the focus is shifting from a focus on incidents of physical violence to the truth that violence against women has its foundation in an archaic belief that men are entitled to exercise power and control over the way women live their lives. A willingness, on the part of law enforcement and social services, to search for a pattern of behavior that demonstrates the eroding of the victims autonomy, her sense of self, every part of her except that part that serves his purposes.

An entitled belief that they see not as an archaic remnant of the patriarchy, but simply as the way things are supposed to be.

This angry group is the Men’s Rights Movement.

In 2016, Cassie Jaye, who was at the time known for directing documentary style films on purity culture and same-sex marriage released her documentary on the Men’s Rights Movement. What possessed this supposed feminist to give people who hold such intensely hateful, patriarchal views is something that is known only to Jaye herself.

But I’ll take a stab at it. Money and fame. Despite the fact that she has alienated pretty much her whole gender, she has become a heroine of men’s rights activists, and sadly, for many women, the promise of male attention is a powerful, addictive drug.

Jaye has done irreparable damage to her professional reputation with this production.

I would feel sorry for her if she had not caused so much damage to victims of domestic abuse across the world. She has provided a platform for MRA’s like Erin Pizzey to spread their propaganda and, possibly unknowingly, allowed the dangerous seed of the myth of parental alienation to flourish.

MRA’s loathe discussions about violence against women, rape culture and equality. Whilst they employ various tactics to attempt to turn discussions back towards their own agenda, their preference is to downplay women’s issues by focusing on, and effectively blaming women, for issues affecting men. This issues include circumcision, custody issues, male suicide, workplace injuries and deaths and conscription.

They intimate that women, not society at large, are responsible for the plight of men in these areas.

I experienced this first hand in my first marriage. My abuser would minimize my pain and constantly re-focus attention on him, and men in general. He was a hater of women and a master of false victim-hood, yet to my knowledge, while we were still together, he had not (yet) found the Men’s Rights Movement.

He has now though. Occasionally friends of mine, who he has overlooked deleting from his Facebook, will send me screenshots of some of the nonsense that he shares.

Here’s an example:
For purposes of context, my ex-husband, has our only child full time. My son is a severely intellectually disabled adult. He was 14 when I escaped from his father and from day one, we shared his care on a week about basis. That continued until he got too big and strong for me and I could no longer manage.

I wrote about that here

So we are clear, my ex-husband’s parenting ‘rights’ (I would argue there are no rights, just responsibilities), have never been attacked. He has had our son, at least 50% of the time, since the day I got away from him.

So what is Parental Alienation?

In basic terms, Parental Alienation is occurring when one parent becomes estranged from the child as a result of manipulation (usually, but not always psychological) by the other parent.

Sure, it happens to fathers, but it also happens to mothers far more often than you might expect.

In her gut-wretching piece, Martha Marvels shares her own experience of her abusive, violent ex-partner manipulating her older daughter into living with him, effectively driving a wedge between sisters.

In my case, my only child being intellectually disabled, my abuser can physically isolate us, no psychological manipulation necessary. And because he is an adult, the Family Court system cannot help us.

My situation is complex. I was stuck in a long-term abusive relationship. I had made the devastating mistake of committing my life to a deeply insecure man who dealt with his own fear by gradually assuming control over my life, taking whatever steps were necessary to ensure I would never leave, that his source of security would always be there.

After more than two decades, I did eventually escape. I struggled to manage my son during the time he was with me (every second week). It was a daily battle to manage an incredibly strong, almost grown man, with the mind of a toddler. Eventually, after my son caused me to almost have a head-on collision, I reluctantly relinquished his care to his father.

I had no choice. But never for a moment did I think that my ex-husband, who I have always considered to be an excellent father, would place conditions on my spending time with my son, that were dangerous, if not impossible, for me to meet.

I was forced to face the reality that my abuser, a man who was, who is, so addicted to controlling my life that he was prepared, based on his delusional belief that he is not capable of being wrong, to take steps to sever any possible avenue of contact between me and our son. He placed himself as the sole conduit between us. Between mother and child. A conduit of control.

I wrote here about my battle to find a way back to my son. After more than a year of fighting, for six wonderful weeks I was able to spend a few hours with my son every weekend.

Then the worker who was facilitating our visits moved on, and now I find myself back at square one.

Once again facing the reality that unless I walk away from my son permanently, I will never truly escape from my abuser.

This friends, is the true face of Parental Alienation. Sure it can be perpetrated by either parent, but it’s done with an ax to grind. It’s often carried out by custodial parents who were the abuser in the relationship, with the intention to continue the power and control, post separation.

I’m doing my best to be careful with this topic. There are fathers who have been alienated from their children by their mother. I feel for them, I too am an alienated parent.

Those are not the fathers I’m talking about.

I’m calling out the fathers, buoyed along by the Men’s Rights Movement, who use allegations of Parental Alienation as a weapon. One more tool in the arsenal of tactics employed by domestic abusers, perpetrators of coercive control.

Men for whom allegations of Parental Alienation has become a knee-jerk reaction to being called out for their own abusive, controlling and violent behavior. Who are enraged that their partner not only escaped their control, but now has the gall to protect herself, and possibly her children, from the abuse that he believed was his God given right to inflict.

Abusive Men flock to Men’s Rights Activists, where the flames of their deep sense of entitlement are not doused, they are fanned.

That reality should concern anyone who cares about children.

I have learnt, six years after my own escape, that there is a way to work out who is telling the truth when allegations of domestic abuse are made.

Victims often suffer, for years after they escape, from the emotional wounds inflicted by their abuser. They are confused and often reluctant to call what happened to them abuse. They have been trained by their abuser to constantly doubt their own perception, their own sanity.

On the other hand, perpetrators who are playing the victim will assert loudly, boldly, without a skerrick of doubt, that she abused him.

Because like my first husband, in their minds they are always right.

Not an ounce of fear or confusion in sight.