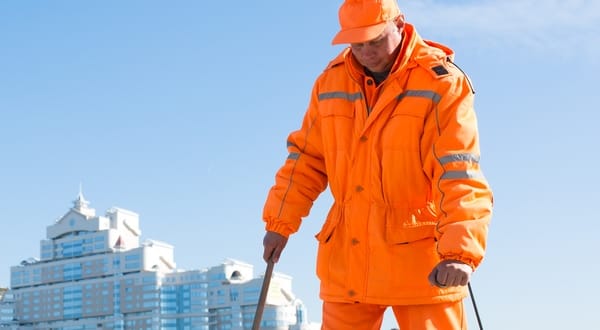 For example, it is easy to verify that a large part of traffic interruptions are generated by situations that are, to a large extent, systemic, habitual, understood as natural, without which nothing today allows us to understand why this is the case: vehicles that they circulate constantly empty while they look for passengers, disorderly operations of load and unloading carried out to peregrine hours, maintenance works that are planned in absurd schedules, circulation in the same lane of cars and fragile vehicles as bicycles … many of the situations that today we can usually witness if we start to observe in detail the traffic they have very little sense from a rational perspective.

For example: should we really have a lot of vehicles circulating on the streets without passengers, contaminating and contributing to the traffic, just waiting for someone to raise their hands to stop them and get on? Does it make sense that in exchange for the privilege of being able to call a taxi on the street, let’s maintain, in the case of Madrid, some fifteen thousand vehicles in constant circulation, prepared to stop at any moment when they see a gesture of a pedestrian, and clearly hindering the traffic each time they carry out that maneuver? Does it make sense that, in addition, these taxis can use a bus lane that could be used much more reasonably? Does citizenship earn something with those privileges?

What would happen if bus-taxi lanes were reserved only for buses? Or if the possibility of combining this use with micro mobility vehicles such as bicycles or scooters was studied? That these vehicles cannot use these lanes is mainly due to the use that they make of taxis, with which clearly it is unsafe to live together, and that very possibly do not deserve the privilege of using specific lanes. With buses, much more predictable and slower moving, the problem is much smaller. Why not eliminate the privilege of taxis to use them?

And put to rethink the role of the taxi, why not incorporate to its operation and the VTC some kind of metrics that regulate the time they circulate empty? It is not a question of preventing them from doing so, but of decreasing that time significantly: it can be logical that if a career ends, for example, in a certain place with low demand, they can move to another area that offers more business opportunities, but Why not limit that empty travel time to a certain percentage of your daily travel? And why maintain the privilege of being able to be called by a show of hands, when almost the entire population has a smartphone in their pocket and could require their services through an app without that supposed the exclusion of practically nobody? Is it really worthwhile for us to have that possibility of raising our hands in any corner and stopping a vehicle? Does it contribute so much to our quality of life, or does it hurt more than it contributes to it?

The idea of ​​going around the street until a place to leave the car contributes greatly to pollution, traffic and bad mood, and should not make any sense in a modern city conception. Logically, this would also reduce the attractiveness of the private vehicle for many trips around the city, something that we should definitely achieve. The parking space could also be used for other uses: again, facilitate the safe circulation of personal micro mobility vehicles, and loading and unloading areas, another activity that requires an urgent regulation that includes strict time frames for certain activities of supply and docks specifically enabled for this purpose.

Trying to adapt cities, particularly those that are more than a couple of centuries old, to their constant use by automobiles has resulted in completely unsustainable and frustrating habits. It makes no sense that moving around the city is a constant martyrdom, and even less that we have resigned ourselves to being constantly like this. We should rethink many of the privileges we give to certain types of transportation and many of the uses we make of huge portions of public space. With education and proper planning, we could make possible a much more sustainable, reasonable city model with lower levels of daily frustration. Everything is to be creative and propose it.

Another city is possible.

This post was previously published on www.enriquedans.com and is republished here with permission from the author.
—
Photo credit: Shutterstock.com