Get Daily Email
Join/Login CLOSE
Home / Featured Content / There Are So Many Ways To Stay Informed; Why Limit Yourself To Facebook? 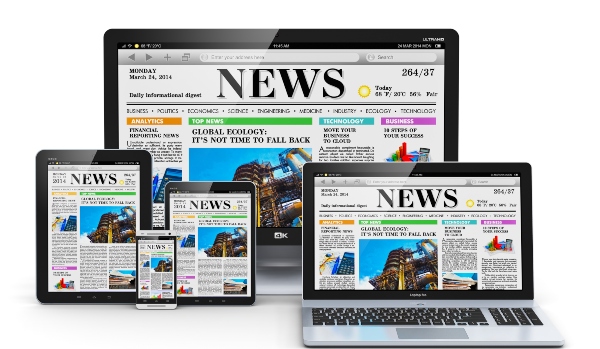 A new survey by Pew Research concludes that Americans who get their news mainly through social networks tend to be less well-informed, less engaged and more exposed to misinformation and conspiracy theories. The report, which is worth reading in its entirety, is based on some 10,000 surveys carried out over nine months, and concluded that around one fifth of the sample (18%) said social networks were their main source of information, and then asked them control questions to gauge their knowledge of various current issues.

Demographically, American adults who largely rely on social media for information tend to be younger, are less likely to be white, and have lower education levels than those who use a wider range of media.

The conclusion is hardly surprising and has many implications. First, the need to teach children the skills they need to be fully informed: social networks are a simple, fast and effortless source of news, but they not only make it easier to spread fake news, they also create echo chambers or reinforce biases, based on who we follow. The result is that not only are we less well-informed, less committed to the societies we live in, and more likely to be manipulated to spread fake news.

The survey doesn’t conclude that social networks are a bad thing, noting that they have their use in informing us. In other words, this isn’t a binary issue. What role then, should social networks play in providing information? My approach to the subject, both personally and in terms of the subject matter I teach, is that social networks are useful when we place them on a third level: after the consumption of news through aggregators and recommendation algorithms. In that position, social networks can provide a wide range of sources and access to varied topics that can enrich an information diet. But for this methodology to be effective, it must be supported by a process and other tools.

Allow me explain: I am a firm believer in the need for a proactive, not a reactive, attitude to news. My first stop when it comes to information is, since many years ago, a feed reader. Feed readers are still not a widely used tool, but they are enormously useful. They had their heyday with Google Reader, a project that Google launched in 2005 and cancelled in 2013, and since then, my particular choice has been Feedly, although there are many more, you just have to enter “feed reader” in a search engine to find them. Basically, these are services that allow you to subscribe to sources chosen by the user — almost any page on the web, from personal blogs to media or sections of them — and that present the information in a common format that allows you to read it quickly, as well as some basic management functions for that information: storage in a repository, forwarding to other people, sharing on social networks, etc. My Feedly tab is always open in any browser and any computer I’m using, and I consult it several times a day, providing me with news and articles on the wide range topics of interest to a teacher of innovation at a business school. What’s more, they’re available to everyone.

My second stop is an algorithmic recommendation tool. For some years now, that role has been played, in my case, by Refind, which is usually installed as a plugin in the browser bar, and stores news I have found interesting, and then recommends related items. The beauty of Refind is that it often leads me to news sources and also allows me to go deeper into topics. Again, Refind is not unique, and there are many other algorithmic news recommendation tools that provide similar features.

Social networks constitute my third stop. I use Twitter, mainly because of a signal-to-noise ratio issues, but for many of my students that place is occupied by LinkedIn, which after acquiring Pulse in 2013 became a site to read the same things the people on your network is reading. Using a social network to read news implies, in my case, that I don’t use that social network to follow my friends or family, but instead I prioritize certain people who provide me with interesting content: industry leaders, content creators or others who, in some sense, set the agenda on topics that interest me.

I have never seen Facebook as a place to find information or read the news, regardless of what it claims to be and that, according to them, media without a presence on it are doomed to extinction. For me, it’s a social network to keep in touch with friends and family, although obviously, this is not the case for a significant portion of society. The same applies to the rest of its empire: Instagram as a news source? Ridiculous. WhatsApp? I don’t even have it installed (I rather use Telegram or Signal to exchange messages with my friends), and if I did, it would be a communication tool, never a place to read news.

For me, keeping up to date with the news is an important and fundamental task in itself, one I carry out rigorously. I can locate a news item I read in the past and go back to it at any time, something I do frequently when looking for the many links in the articles I write. Not everyone needs to be equally rigorous in their approach to news, but I would strongly recommend following some of the approaches mentioned above, particularly if you rely on information on a specific topic for your decision making.

Leaving the task of information gathering to the same tool we use to congratulate people on their birthdays, share holiday photos or amuse ourselves is something that, frankly, I have never been able to understand. And now, moreover, we know that this is the best way to be misinformed.

All Premium Members get to view The Good Men Project with NO ADS. Need more info?    A complete list of benefits is here.