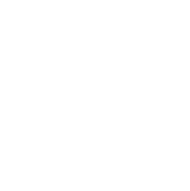 My ex-wife and I didn’t divorce until a few years after parting. But the day my marriage ended is indelibly preserved in my memory —the day we moved out of our family home.

It was 15 years ago when we removed the last of our possessions from the house where we’d lived after marrying, where our second daughter had been born.

She would remain in the town where our daughters — aged three and six — were settled in school. I was moving on — four hours drive and two hundred miles away to set up a home where I’d found a new job.

I drove away for the last time with a strained sense of hope, tainted with helplessness. I wanted to believe that life would work out for us all but couldn’t shake the feeling that I was failing my kids. It felt so far from ideal.

We planned that they’d visit with me three weekends out of four so I’d have plenty of contact. Would they remember me or gradually grow distant? Would they even want to visit?

I had plenty of time to think on that journey. It reaffirmed my resolve to be a present and positive force in their lives no matter where I lived. Life had to move forwards no matter how desperate the prospects of a positive future might have seemed.

It was inevitably a time of great sadness. Between worrying for my kids’ wellbeing and trying to keep my mind and soul together, I worried how my choices might impact upon wider family.

I remember the harrowing phone calls from my eldest daughter, telling me she missed me, crying as she asked over and over why we couldn’t live together in our old house. Guilt, pain and sorrow were plentiful.

But it was a time imbued with feelings of positivity and empowerment too. We’d taken the bitter pill and made the bold decision that our marriage was over — we weren’t happy together.

We were facing the unknown, each confronting our demons — the loss of time with my precious kids was my issue. For her, the prospect of fending for herself and caring for them without support must have seemed daunting too.

But we leaned into it — parting was undeniably the right thing to do. We weren’t shying away from our responsibilities but rather taking the difficult decision — in order to be happy and effective as parents we had to be happy individuals too.

Overwhelmingly and in spite of the hardship, I felt pride and satisfaction that we’d done the difficult thing in the belief that a better future would follow.

As I drove away that day with my share of our possessions, there was much to fear. I’d be starting afresh, living alone for the first time in a new town with a new job.

We’d met shortly after I finished university and started work. We’d barely been dating for a couple of months when she fell pregnant. In spite of the odds, emboldened by youth and against the advice of friends and family we were determined make it work.

We tried, but after 8 years we failed.

I’d never lived alone as a working single man — it should have felt exciting, in theory at least. I had the freedom to choose my home, how to decorate it, how to spend my time and at least a little money to spend without feeling selfish.

I wanted to feel optimistic but that seemed inappropriate — like I should be enduring life in penance for failing at marriage. Parted from my daughters with an abundance of time, it felt like I should be lamenting the separation rather than enjoying myself.

Life found a new equilibrium nonetheless. I spent many hours driving to collect and return the kids. Time together was a blessing but there was never enough of it.

I made new friends and rekindled old hobbies. I even tentatively started dating again. There were occasional good times but it all felt like a bit of a sideshow — constructed to distract from my reality.

It was a tough period but extremely positive too. The endless driving affirmed my commitment to my kids. It wasn’t ideal, but it maintained and strengthened our bond.

The time alone gave me space to work through the pain of parting and to rediscover who I was and what I wanted. With hindsight it was too soon to start dating, but that taught me I needed to be complete in myself before getting involved with anyone else.

It helped me learn the importance of doing things for me, not just filling my role in a family unit. It taught the necessity of meeting my own needs as well as my kids’.

After eighteen months, a change was due. The driving was causing me knee and back pain and my car was costing a fortune in maintenance. Most significantly I yearned for consistent and regular time with my daughters who hated the time in the car too.

My ex proposed equal co-parenting — we’d share custody 50/50 if I could find a new job and move back. We’d live in the same town and the girls would move between us for alternate weeks. In a cosmic-endorsement of the idea I found a new, better paying job and a home close to their school.

It was hard initially — particularly starting a new job and adapting to being a single working parent. I faced into logistical challenges that could only be dealt with through military-grade planning. I’d always been a hands-on dad but still found it testing to get them to school and me to work. Each evening was a manic rush to get them home, fed and to bed before doing the same the next day.

A loving childminder and an accommodating employer helped make the arrangement work, but it was still taxing. Weeks with the kids were intense and demanding.

I had the regular time with them that I’d craved, but still missed them when they left for their mums. I doubt that any parent imagines only being around their kids for half their lives — but it was better than I’d had.

As hard as it was at times, it was a period that I’ll always cherish.

The days were long and the demands were numerous. It was an intense way of spending time together but it strengthened our bond. It was the three of us against the world — our non-conventional family of three.

It was an era when my daughters needed me and wanted to be around me — I remember it fondly, often yearning to be back there. We’d cuddle up on the couch and watch a movie together each evening before they went to bed. We’d spend time playing games and having make-believe adventures together.

I thrived on being needed and rose to the logistical challenges— providing for them, supporting them through the weeks at school and having fun at weekends.

Nowadays they’re independent and often distant in the way that many teens become with their parents. They often seem to resent offers of help as though accepting would signify surrendering freedom or autonomy.

As much as life seemed harder back then, it also seemed a simpler and more harmonious too.

It was unconventional but it endured. We raised our kids jointly but separately for the next 14 years. Our eldest has now left home.

The positive feelings when I reflect remind me how rosy the past can seem.

I’ve shared some of the hardest experiences from my past — I acknowledge gratefully that these aren’t as dark or testing as others have experienced.

I haven’t suffered physical or mental illness. I haven’t had to fight for survival, nor have I suffered abuse or neglect. I’ve always had enough money to support my family and received plentiful love and support.

But my struggles have been real for me, just as yours are for you.

Most go through difficult and unpleasant times — the parting of a relationship, the loss of a job, the death of a loved one. Such times are inevitably rough and dominated by sadness, hardship and anger.

Yet, when I look back on such periods my brain still serves up reminders of the good things that happened in those times:

The feelings of love.
The times of happiness and peace.
The small moments of joy or even just of relief and respite.
The opportunities and possibilities that were enabled by the hardship.
The seemingly trivial kindnesses and moments of positivity that left their mark.

I’ve wondered if this was a peculiarity in the workings of my brain?

Instead it seems that my experiences correspond with findings from experiments going back to the 1930s and repeated many times since. A 2014 report from the BBC emphasises that each of these studies exploring long-term retention of positive and negative experiences concluded that:

“… the faster fading of unpleasant memories is a pan-cultural phenomenon and this helps individuals to process negativity and adapt to changes in their environment whilst retaining a positive outlook on life.”

Put simply — we’re wired so that negative memories fade more quickly than the positive ones, which we keep for the long-term. We retain the good things that happened regardless of how negative the context.

This design feature helps us to carry on through life, unencumbered by the baggage from difficult times past, enabling our faith and resolve that we’ll be okay in the future. It probably also explains why many fixate on the notion of ‘the good old days’, latching onto the idea that everything was better in the past.

Even the most optimistic of us feels cautious about life in a post-COVID world. Few are ready to move on and return to the way things used to be — we’re still processing what’s gone on in the last year.

As hard as it’s been, there may come a time when many acknowledge that amidst the fear and uncertainty, there were glimmers of hope and positivity in lockdown. There were probably even things that many enjoyed and appreciated about it.

This tendency, to remember the good and discard the bad isn’t about being pollyanna-ish or unrealistically optimistic. It’s about self-preservation; salvaging the positives from the past and using them to reassure ourselves that we have what it takes to thrive in future.

This post was previously published on P.S. I Love You.