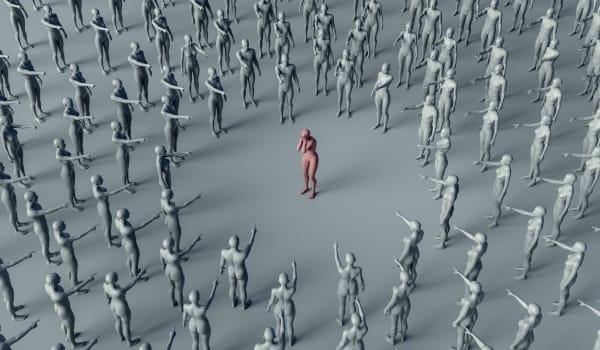 Sometimes I find my hopes for the progressive agenda outweighed by my fear for what happens each time they make another stride. I realize times are hard — economic inequality is high; racism, sexism, and homophobia are on the rise; and climate crisis is in progress — and these issues need to be addressed urgently. But I’m growing increasingly concerned about the progressive left’s rigid understanding of positive social change. There’s almost a refusal to acknowledge victories and a reluctance to welcome those who want to join.

For instance, when a brand like Nike decides to make ads in favor of Colin Kaepernick, we want to push back. I get it. It’s blatant pandering to Black Lives Matter, right? It’s a dilution of the values of the movement. But it’s also an indication that a big company wants to show its support for an important cause.

So when a corporation decides to back Colin Kaepernick, Black Lives Matter, economic equality, or climate remediation, it is making a bet that those are sides that are going to win. This is good.

Or when Pepsi and Kendall Jenner do a zillion-dollar advertisement paying homage to some sort of Black Lives Matter rally, I know it’s inane. It reduces social justice activism to some sort of fashion statement. But it’s also a sign that Pepsi wants to be down with whatever this thing is as best they can understand it. It may have been a watered-down, issueless protest they were depicting, but no one could miss that they were trying to side with millennial angst and social justice in general — just as many millennials do. (As social satire, in some ways it reveals how a lot of activism is really a form of cultural fashion. Maybe that’s the real reason activists are so bothered by their hip representation in a Pepsi commercial. They know that — at least in part — they, too, are suckered by the sexy fun of protests and rallies, stopping traffic, and flummoxing cable news commentators and yet often have trouble articulating what about “the system” they actually want to change.)

No matter how superficial or self-congratulatory their efforts, however, what the corporations are trying to do is get on the right side of history. Think of it cynically, and it makes perfect sense: These giant corporations are picking sides in the culture wars. It’s not short-lived pandering; they can’t afford that. Unlike politicians, who often attempt to stroke and gratify different, sometimes opposed constituencies and appeal to a local base, corporations necessarily communicate to everyone at once. Super Bowl advertising is one size fits all.

So when a corporation decides to back Colin Kaepernick, Black Lives Matter, economic equality, or climate remediation, it is making a bet that those are sides that are going to win. This is good. It’s not simply a matter of employees or shareholders pushing management to do the right thing. No, it’s future forecasters telling the branding department where things are headed. Companies are realizing that their futures better be tied to whichever side of an issue that’s going to win.

The problem is that the more we attack people for whatever they did before they were woke, the less progress we’re going to make.

Cynical? Maybe. But, despite the way the Supreme Court might rule, corporations are not people; they’re just corporations. They don’t have feelings; they only have power. They’re putting their money and reputations on racial equality and social justice over white nationalism. This alone should serve as a leading indicator of where things are actually going. A sign of hope.

Instead of rejecting such efforts, we should welcome them. Maybe think of corporations as dinosaurs that can be trained. Their help is worth more than the pleasure of perpetual righteous indignation.

I’ve been likewise dismayed by many progressives’ take-no-prisoners approach to people who working for social justice. Bernie Sanders, perhaps the person most responsible for bringing the Democratic Party home from its neoliberal vacation, recently became the object of contempt for having used the word “niggardly” in a speech 30 years ago. Though the discomfort is understandable, the word has nothing to do with race. It means stingy. It was on my SATs in 1979. And yet, we’ve now moved into an era where we don’t use such a word because it sounds like a racial slur. I get that.

The problem is that the more we attack people for whatever they did before they were woke or, in Bernie’s case, before progressive standards changed, the less progress we’re going to make. Why agree that we should move beyond a certain behavior or attitude if doing so simply makes us vulnerable to attack? How can a D.C. politician, for example, push for the Washington Redskins to change their name when they know there’s footage somewhere of them rooting for the team or wearing a jersey with a Native American on it? Even though the politician may agree with the need for a change, they would have to resist or at least slow the wheels of progress lest they get caught under the cart. Intolerance and shaming is not the way to win allies.

Progressives are mad, hurt, and traumatized. But they’ve got to dismantle this circular firing squad and begin to welcome positive change rather than punish those who are trying to get woke. Truth and reconciliation work better than blame and shame.

This post was previously published on P2Pfoundation.net and is republished here under a Creative Commons license CC BY-ND 3.0.

Facebook15Tweet2PinEmailShares17
wpDiscuz
Share this ArticleLike this article? Email it to a friend!
Email sent!