The #First100Days series will “bear witness” to the next 13 weeks of the Trump administration and the climate in America and then respond openly in writing, dialogue, and debate in the hopes of fostering better communication among writers and partisans alike (although the essays and pieces do not have to be political in nature).

We’re looking to help give voice to honest and thematic essays from all layers of the political spectrum and across all GMP sections.

All opinions are those of the author and not necessarily of Good Men Media, The Good Men Project, or our editors.

When I woke up the day after the election, I wondered how I could ever face my elementary school students again.

I work with children who have come from just about every part of the world. I have watched kids from Morocco, Uzbekistan, and Hungary make the transition from awkward immigrants to proud productive American citizens.

What was I going to say when I greeted my first class that morning?

My fourth graders let me off the hook. The children showed no sense of either fear or betrayal. They were mostly concerned about showing off the vocabulary they had acquired from the picture book This is My House. Francisco wanted to tell me about the walls of a Mongolian yurt. Madina was eager to count the windows of an apartment building in Hong Kong. And Seydou, the beaming boy who had just arrived in America a month ago, was happy to point out one chimney after the next.

Seydou’s smile made the day both more and less bearable. His infectious enthusiasm, his gap-toothed love of learning offered a sense of hope and purpose. But it also reminded me just how vulnerable he and his classmates were, how they could one day be in danger of being forced out of the very homes they were just learning to name for themselves. I wanted to protect my students, to offer some kind of reassurance for their future. All I did was to continue teaching English as though nothing had changed.

During the next few days, I began to notice a deeper despair in some of the children.

Francisco began muttering how he wished he could have voted so he could have helped Hillary Clinton win the election. Madina started to write a memoir about the difficulties of her family’s journey to North America. My students were stricken with an anxiety that could not easily be dispelled.

At first, I managed to deal with my own trepidations through writing fiction. Years ago, I had written an unsuccessful novel about the daily life of an ESL teacher. I pulled those dusty pages off the shelf and repurposed the characters to dramatize the fear and uncertainty that my immigrant students were experiencing. I am normally a very slow worker but the urgency of the moment led me to write, revise and ultimately publish these stories in record time.

Although it was satisfying to create this art, I knew that a few publications in literary journals would not actually shelter my students from the political storm. If I wanted to feel worthy of Seydou’s smile, I would have to do more. I would have to make my body as visible as my words. In short, I would have to march.

I had my opportunity the day after the president signed the executive order to institute the travel ban from seven Muslim countries.

Protests had already begun in airports across the United States. When I heard about the rally being staged in Battery Park on Sunday afternoon, I knew I had to be a part of it. Although none of my students come from the affected nations, it was all too easy to imagine a moment in the future when they would be snared in this xenophobic trap, separated from loved ones or sent back to countries where they no longer belonged.

I joined the crowd that had gathered near the piers of lower Manhattan, arriving just in time to hear the voices of Charles Schumer and Corey Booker booming over the public address system. It was striking how both of these leaders embodied a kind of masculinity completely opposite of the aggressive and narcissistic presence in the White House. There was a vision of men joining women as protectors and defenders of the weak and vulnerable, happy warriors pledged defend a harmonious vision of America worthy of the great green statue that loomed alongside us, striding like a colossus in the busy harbor.

I was nervous the following morning when I showed my students photographs from the rally.

I don’t like to infuse politics—particularly my own politics—into the classroom. But I thought it was necessary to demonstrate to my children that there were millions of Americans who were prepared to stand up for them as members of the community. I was not up to explaining the vagaries of the ACLU and federal court judges to 10-year-olds, but my students were more than capable of grasping the meaning of protesters carrying signs that read “No Ban” and “No Wall.” Francisco and Madina and Seydou smiled to show me that I had accomplished the objective of the lesson.

My students understood they were not alone.

I am a former immigrant and refugee who arrived as a child. This teacher needs to teach children English instead of confusing them with his politics. Their parents need to learn it too. It is the key to any success in this country. Immigrants and migrants are often taken advantage of by people. Mr. Fishbane is clearly abusing these children by indoctrinating them to his politics. Good Men should not promote madrasas indoctrinating our children.

I wonder how teachers in the black community handle(d) the despair when their black president gave more effort and concern to illegals then the back community. I wonder how they dealt with these communities that were left behind.

Craig Fishbane is the perfect person to encourage hope in small children who must be prone to despair with all the political uncertainty facing this country. The piece here was written with the empathy and intelligence that is Craig all the way. 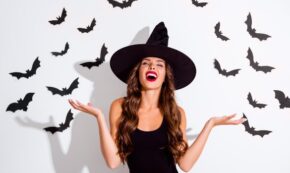 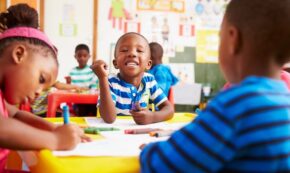 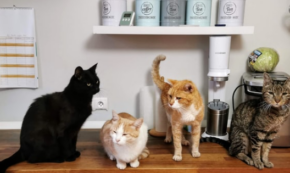 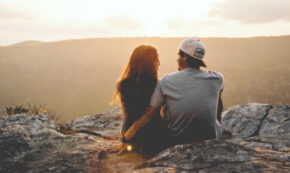 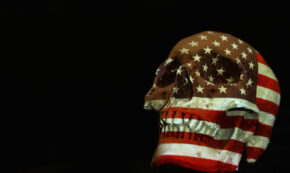 FacebookTweetPinEmailShares23
wpDiscuz
3
0
Would love your thoughts, please comment.x
()
x
| Reply
Share this ArticleLike this article? Email it to a friend!
Email sent!