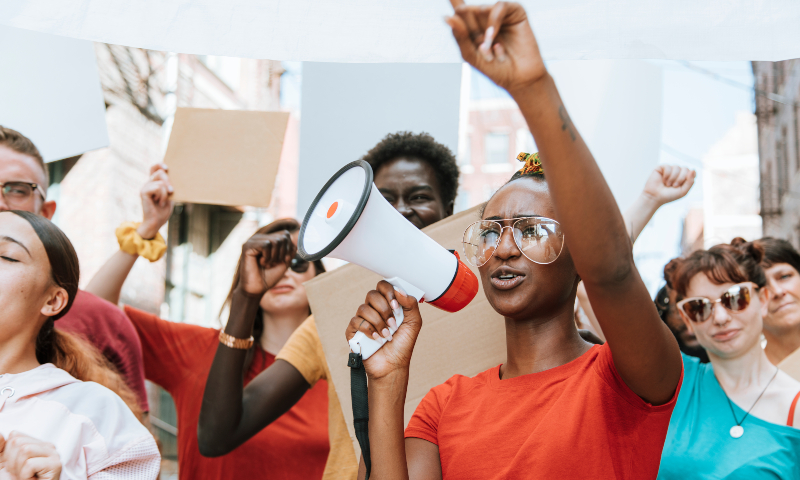 President-elect Joe Biden’s transition team is being urged to quickly set in motion actions to “rebuild and repair” from Trump administration attacks on people of color and immigrants, with police reform and an immigration policy overhaul named as key areas to prioritize.

The issues are laid out in a six-page letter (pdf) the Boston-headquartered Lawyers for Civil Rights sent Wednesday to the transition team.

As part of its efforts to “safeguard the civil, social, and economic rights of our constituencies,” the legal organization said it is pushing the next administration to tackle the items swiftly—within the first 100 days of office.

As you move from the campaign trail to the White House,” the group wrote to Biden and Vice President-elect Kamala Harris, “LCR urges you to keep these priorities in mind.

The most recent election season vividly highlighted once again the critical importance of voting rights in our nation. — Lawyers for Civil Rights

Kicking off the list of seven priority areas is a call for police enforcement to be “comprehensively reformed to ensure protection for vulnerable populations,” an undertaking that can’t be decoupled from a reckoning with the nation’s “systemic and structural racism.” That effort will necessarily entail addressing “the repeat violence between police officers and people of color.”

The Biden-Harris administration must also strengthen fair housing protections by fully scrapping the Trump administration’s neutering of a Housing and Urban Development rule that made it harder for tenants to challenge racist housing policies. The letter also calls on Biden and Harris to eschew Trump proposals to tie federal housing assistance to immigration status.

Immigration policies are an additional area targeted for change, including by reinstating temporary protected status (TPS) humanitarian protections; dramatically scaling back the use of so-called “expedited removal”; moving away from a reliance on detention; and repealing the so-called public charge rule.

“One of the most public—and most cruel—outgrowths of the previous administration’s immigration policy was the forced separation of children from their parents,” the letter adds. In addition to taking “all available steps to reunite those families still separated,” the next administration should urgently “provide for the sustained health and well-being of those damaged by this horrific practice.”

In contrast to Betsy DeVos, the next education secretary, LCR adds, should have “a proven track record that reflects a commitment to serving the complex needs of students of color, English Language Learners, students with disabilities, and low-income students.”

The most recent election season vividly highlighted once again the critical importance of voting rights in our nation,” the letter adds. The next administration can help that effort by “appointing an attorney general with a strong civil rights background who can reinvigorate enforcement of the Voting Rights Act (VRA)” and “working for legislative strengthening of the VRA to restore provisions gutted by the U.S. Supreme Court in Shelby County v. Holder.

Calling small businesses “the backbone of our economy” and those that are minority- and women-owned as playing important roles in closing the wealth gap in communities of color, the letter further suggests “automatic forgiveness for any outstanding or future rounds of Paycheck Protection Program (PPP) loans under $150,000.”

The legal group lastly calls on the president- and vice president-elect to withdraw Trump’s memo excluding undocumented immigrants from the census.

“Progress on each of these fronts is desperately needed to make all families and communities safe,” he said.