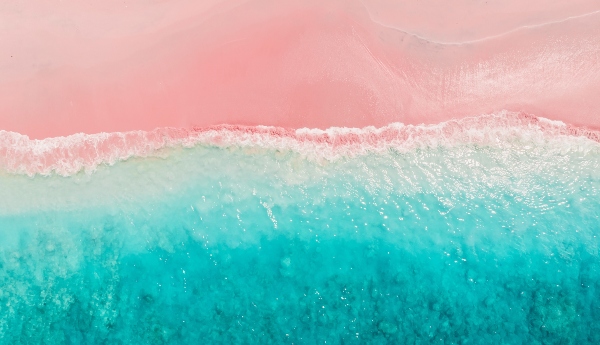 I recently came across a little factoid that surprised me: Blue and pink were not considered masculine and feminine — respectively — until the 1940s.

“Even then,” wrote Jeanne Maglaty in a 2011 Smithsonian magazine article, “it took time for popular culture to sort things out.”

Here’s what a 1918 article from the clothing trade publication Earnshaw’s Infants’ Department said: “The generally accepted rule is pink for the boys, and blue for the girls. The reason is that pink, being a more decided and stronger color, is more suitable for the boy, while blue, which is more delicate and dainty, is prettier for the girl.”

Eventually, clothing manufacturers and retailers, attempting to interpret consumer preferences, settled on blue for boys and pink for girls. “The baby boomers were raised in gender-specific clothing,” wrote Maglaty. “Boys dressed like their fathers, girls like their mothers.”

This blew my mind.

Because even though I’ve learned from the LGBTQ+ community that gender isn’t natural — that it’s completely made-up, or “socially constructed” — I still thought that before the last few decades gender roles had been pretty much fixed, or “traditional.”

I’ve assumed that boys have always worn blue while girls have worn pink, and men have hunted or worked while women have cared for the family and home.

So — our society’s conventional wisdom says — that’s why men are more dominant and violent, and women are more “naturally” equipped to cry and do housework.

But now I’m also remembering a study from a few years ago showing that 30 and 50 percent of prehistoric humans who were big game hunters could have been biologically female.

Also, I once read about the indigenous Iroquois people of eastern North America, and how theirs was a matrilineal society. This meant that familial descent was traced through mothers rather than fathers, which gave women quite a bit of power.

Iroquois women owned the land and tended the crops. They nominated tribal leaders and made sure they fulfilled their responsibilities. They shared political power with men, weighing in on whether to adopt new forms of government (and rigid gender roles) forced on them by the European ruling class.

Europe, itself, has a long history of shifting gender roles. As socialist feminists like Nancy Fraser have shown, the rise of capitalism in 1500s Europe pushed women into focusing on housework “where it was sentimentalized and naturalized, performed for the sake of ‘love’ and ‘virtue,’ as opposed to money.”

Silvia Federici has documented how the witch hunts that murdered an estimated 50,000 European women between 1400 and 1750 were aimed at those unwilling to work for the new capitalist class.

This is what gender being “socially constructed” means.

The rich and powerful have always used social division — based on gender, race, sexuality, religion, etc. — to keep the masses from recognizing our shared humanity. If were to see our common interests, we would realize we outnumber them, take away their power, and build a fairer society.

My house is bright pink — it was that way when I bought it. When my dad saw it for the first time, he said, “Hmm, do you really want pink? You might want to paint that.”

His judgement made me question the gut feeling I’d had that pink is actually a badass color.

But then almost every day in those first few months, a kid — often who I assumed to be a boy — would walk by and say, “A pink house!” with a big smile. And I decided to never paint it any other color.

Hi, I’m Jeremy, a writer, therapist, and meditation teacher. Subscribe to my weekly email to get posts like this straight to your inbox here.

Download my free ebook on how meditation made me less anxious and transformed my life.

Alpha males’ sexual aggression in general could be related to the same constraining societal idealization of the ‘real man’ (albeit perhaps more subtly than in the past): He’d likely be stiff-upper-lip physically and emotionally strong, financially successful, confidently fights and wins, assertively solves problems, and exemplifies sexual prowess. But maybe society should be careful about what it collectively wishes for. Shortly after Donald Trump was sworn-in as president, a 2016 survey of American women conducted not long after his abundant misogyny was exposed to the world revealed that a majority of respondents nonetheless found him appealing, presumably due to his… Read more »

FacebookTweetPinEmailShares64
wpDiscuz
1
0
Would love your thoughts, please comment.x
()
x
| Reply
Share this ArticleLike this article? Email it to a friend!
Email sent!