We all know, or are becoming aware, that the ‘global war on terror’ is being pushed by the Western Hemisphere. Case in point. The Western Hemisphere has a history of this. The American government lied about The Vietnam War for years. They continued until Daniel Ellsberg released the Pentagon Papers which exposed the lies of the war. These lies were made up because of power, greed, abuses, corruption, war crimes, cover ups, labels, stigmas, and state sponsored propaganda in the post WWII era. Yet, Daniel was labeled a traitor by the government up to the highest levels.

In today’s post modern world, we have Edward Snowden who exposed cover ups of war crimes, controversial mass surveillance, and bulk data collection programs as legal and effective; all while having violated warrant procedures/court orders, due diligence, privacy laws, human rights, liberties, and the Constitution, which is the supreme law of the land.

Every government and former government member has taken an oath to serve and protect the Constitution, and the laws that are supposed to defend and help every single one of us.

Unfortunately, rogue policies and states have gotten away, and continued to operate without any accountability, oversight, or responsibility. Torture under the euphemism of Enhanced Interrogation Techniques was exposed by the former CIA case officer turned whistleblower, John Kariakou.

Thomas Drake, former Senior CIA and NSA analyst, blew the whistle on the cover ups of 9/11, fraud, waste, and abuse that went all the way up to the highest levels.

Bill Binney, former NSA mathematician and cryptanalyst blew the whistle too on 9/11 and mass surveillance programs that are unconstitutional. Documentaries on Netflix such as Silenced, A Good American, and CitizenFour reveal what happened to whistleblowers when tyrannical governments label them as ‘traitors’ and want them to be existent.

Are truth tellers traitors or whistleblowers?

Why do you believe they are one or the other?

When the system fails, one is forced to go outside the system to reveal lies and let the world be informed by the revelations of the smoking gun.

The truth will set you free!

Lessons can be learned from whistleblowers:

The courage to speak the truth against lies and crimes against humanity, against the corrupt, greedy, poisoned hearts of men.

Determination through educational and awareness events, peaceful protests, doing interviews, community engagement and media involvement shows perseverance of standing up for one’s beliefs of speaking the truth. Having support systems helps continue one’s sparked resolve to shed light on the dark. There’s no I in Team.

Candor delivered right through honesty is the best approach to demonstrating what one wants or needs to say. Honesty is about dignity of self and respect of others to speak the truth.

Human rights are of moral and ethical issue not merely illegal v. legal.

Human rights are part of the law. Legal decisions and conclusions aren’t equivalent to morality and ethics. Crimes against humanity were once legal. Policies aren’t the same as having a conscience and exercising moral fiber.

United we rise, divided we fall.

Note: Not to say breaking oaths to keep legitimate secrets are to be violated. Leaks can do severe damage to government projects, and the lives of those who work the operations to make a difference. To serve and project justice is serious business. Being a leaker and a whistleblower are two different things.

Advocating and exercising truth, morality, ethics are the important take away from this story. Our humanity through liberty makes us, human.

“The only thing necessary for the triumph of evil is for good men to do nothing.” -Edmund Burke

Luke Park is a Social Justice Independent Activist and Emotional/Social Intelligence Enthusiast. He is the founder and owner of The Moral Compass of Attraction and Social Adaptation brand and company along with The Social Adaptation Project website and blog. He posts on social media such as Facebook, to provide resources and different progressive advice on dating, relationships, social skills, social justice issues, emotional awareness, social intelligence, and internal empowerment and inner peace as daily principles through ethical and moral practices. He also provides one on one consultations and group social transformative programs in developing and evolving oneself to thrive and lead their lives to success through leadership and social confidence. He uses relationship based contexts such as: meeting your potential suitor (date, lover, partner), keeping him/her through progressive attraction, building rapport, developing mental, emotional, physical, spiritual seduction in the eyes of your moral compass, widening one’s professional networks through social and emotional intelligence and building empowering relationships from love and romance to platonic work environment relations all while being charismatic. 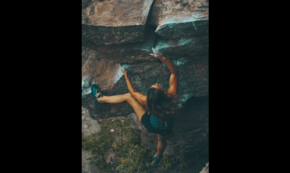 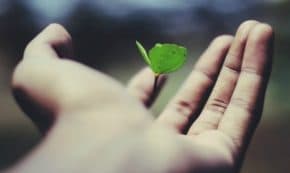