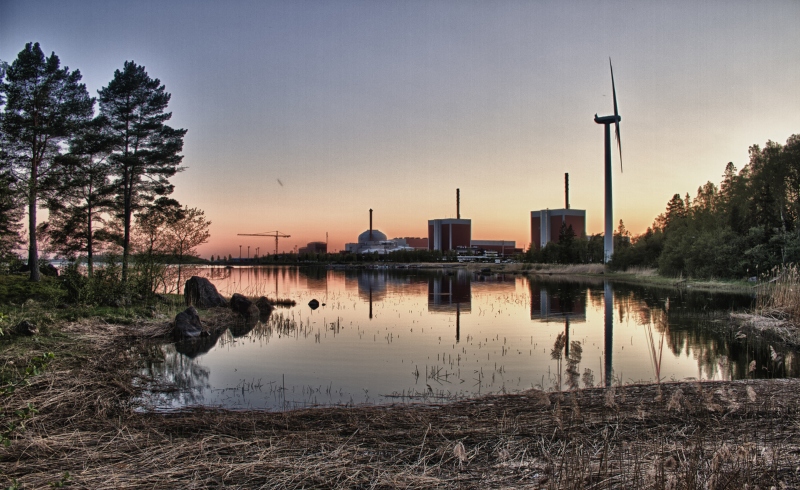 The French company EDF, a company in a hurry, wants permission to start building two more reactors in the United Kingdom, and it hopes to save money – by arranging for British taxpayers to pay the capital costs of its new nuclear plans.

EDF is already building two reactors at Hinkley Point in the West of England, and it is hoping to transfer workers from that site to Suffolk, on the east coast, believing that will help it to save up to 20% of the construction cost of the two planned reactors, because everyone employed there will know already what to do.

The catch is that EDF has no money itself to finance the construction and wants the UK government to impose a new tax on British electricity consumers so that they will pay the cost through their electricity bills.

The UK has yet to decide whether to go ahead with this tax, euphemistically called a Regulated Asset Base. If adopted, what the scheme means is that the UK consumer will pay EDF’s bills rather than the company having to borrow the money from banks, which are increasingly unlikely to lend money to such expensive schemes because they take so long to build and promise little return.

Meanwhile EDF, which has a Chinese nuclear company as its junior partner, promises to create 25,000 jobs, including 1,000 apprenticeships during construction, and says 900 full-time jobs will be available when Sizewell C, as the station will be called, is complete.

If all goes to plan the company hopes to start work in 18 months and says the two reactors will take 10 years to build. It expects them to provide 7% of the UK’s electricity, enough for six million homes.

There are many objectors. Some say much of the coastline will be badly affected, including internationally important nature reserves. Others fear the site is highly vulnerable to sea level rise and therefore a danger to the public.

Local people also fear that the construction site, with its attendant lorry and commuter traffic, will disrupt their lives for a decade, destroying the important tourist trade.

Other more strategic objections, which might weigh heavier with the government, are that nuclear power is very expensive and much cheaper and less controversial alternatives exist, particularly on-shore and off-shore wind and solar power, and biogas.

More importantly, a drive for energy efficiency, badly neglected in the UK at present, would render the whole project unnecessary.

The problem EDF has is its track record on construction and repairs. The type of reactor it plans to build, the European Pressurised Water Reactor, said by the company to be the most powerful in the world, is proving extremely difficult to build, and till now none has yet been completed outside China.

Construction is running more than 10 years late in both Finland and France, and costs continue to escalate.

“It is hard to understand why, when the scale of the problems became clear, EDF did not cut its losses and close the reactors”

EDF’s debts are now huge, so big that the French state is working out how to restructure the company by splitting it into a renewables arm (which is profitable) and a nuclear branch.

Two reactors at Hunterston in Scotland have serious cracking in the graphite blocks that are part of the control mechanism. The company has spent two years trying to justify continuing to operate the reactors to the Office for Nuclear Regulation (ONR).

Similarly, at the other end of the UK, at Dungeness in south-east England, the station is also closed for extensive repairs, an outage that was going to take weeks has now stretched to two years – and the start-up date has just been put back again.

Looking on the bright side

One of the features of all of EDF’s activities is the extraordinary optimism the company seems to have, particularly about when reactors will be finished or ready to restart after repairs. With the Hunterston reactors restart dates have been announced nine times, only to be postponed each time.

This track record led the Climate News Network to ask EDF some searching questions, including why they continued to offer optimistic start-up dates that were repeatedly postponed. We also asked why the company kept the Hunterston and Dungeness stations open at all, since repairing them was costly and they were already near the end of their operating lives.

We asked EDF: “At what point do you cut your losses and close the stations permanently?” After five days of pleading for more time to answer, it sent us already published press releases extolling the virtues of the plan to build Sizewell, and several comments.

On Dungeness B it said: “For the past two years we have undertaken a major investment programme at Dungeness to secure the station’s longer-term future. Since the start of the year we have made great progress in  tackling some of the complex problems our works identified.

On Hunterston B, EDF said: “We are continuing to work constructively with the regulator to ensure the work at Hunterston B is done thoroughly and helps inform future decisions. The safety case for Hunterston B, Reactor 3, has been submitted to the ONR for its independent assessment.

“Since the first reactor was taken offline we have carried out the most extensive graphite inspection programme ever undertaken, the results of which have been fed into this case”, referring us to the information the company provides on graphite blocks.

The ONR could not answer for EDF on its estimated reactor re-opening dates, but on Hunterston it said it was looking at the safety case, would not be hurried and would not give permission to restart until it was satisfied it was safe to do so.

Stephen Thomas, professor of energy policy at the University of Greenwich, commented on the constantly postponed start-up dates for the ageing reactors:

“It is hard to understand why, when the scale of the problems became clear, EDF did not cut its losses and close the reactors, but continues to pour money into plants to get a couple more years of operation out of plants highly likely to be loss-makers.

“It is depressing that ONR, which has a duty to keep the public informed on such important issues, chooses to hide behind bland statements such as that it will take as long as it takes, and that it will not comment on EDF’s decisions.” – Climate News Network