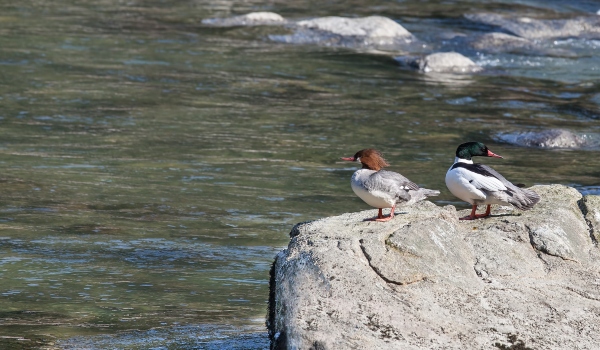 LONDON, 22 September, 2019 − America’s birds have taken wing. Ornithologists calculate that in the past 48 years, total US bird numbers, reckoned together with Canada’s, have fallen drastically. There are now 2.9 billion birds fewer haunting North America’s marshes, forests, prairies, deserts and snows than there were in 1970. That is, more than one in four has flown away, perhaps forever.

Birds are one of the better observed species. Enthusiastic amateurs and trained professionals have been carefully keeping note of bird numbers and behaviour for a century or more.

A flock of avian scientists reports in the journal Science that they looked at numbers for 529 species of bird in the continental US and Canada to find that while around 100 native species had shown a small increase, a total of 419 native migratory species had experienced dramatic losses.

Shorebirds are experiencing consistent and steep population losses. Sparrows, warblers, blackbirds and finches are down in numbers.

Swallows, swifts, nightjars and other insectivores are in decline, almost certainly because insect populations are also in trouble.

“People all over the world cherish birds in their own right. Can you imagine a world without birdsong?”

Grassland birds are down 53%: more than 720 million fewer. Radar records of spring migrations suggest that these have dropped by 14% just in the last decade. More than a billion birds have deserted the American forests.

The 529 species studied were spread across 67 bird families, and of these 37 were less abundant than they had been. Where there had been concerted efforts at bird conservation, numbers were on the increase, especially for waterfowl and some of the raptors, such as the bald eagle, but while the gains are measured in millions, the losses are counted in billions.

“Multiple, independent lines of evidence show a massive reduction in the abundance of birds,” said Ken Rosenburg of Cornell University’s ornithology laboratory, who led the study.

“We expected to see continuing declines of threatened species. But for the first time, the results showed pervasive losses among common birds across all habitats, including backyard birds.”

That America’s birds are in trouble is not news. Nor is the loss of the planet’s living things confined to the US: researchers have warned that, worldwide, a million or more species of plant and animal face extinction.

Climate change creates unexpected hazards: as northern hemisphere springs get ever earlier, migrant birds may arrive too late to take full advantage of supplies of caterpillars, aphids or other foods. Birds have an important role in ecosystems: they control pests, they disperse seeds and they are themselves food for other predators.

The researchers argue that all is not lost: conservation action and legislation has been shown to work, but as ever more natural habitat is destroyed, as sea levels rise to damage coastal wetlands, as global temperature rises begin to change local climates, there needs to be much more urgency in response.

“These data are consistent with what we are seeing elsewhere with other taxa showing massive declines, including insects and amphibians,” said Peter Marra, one of the authors, once of the Smithsonian Museum and now at Georgetown University in the US.

“It’s imperative to address immediate and ongoing threats, both because the domino effect can lead to the decay of ecosystems that humans depend on for our own health and livelihoods – and because people all over the world cherish birds in their own right. Can you imagine a world without birdsong?” − Climate News Network