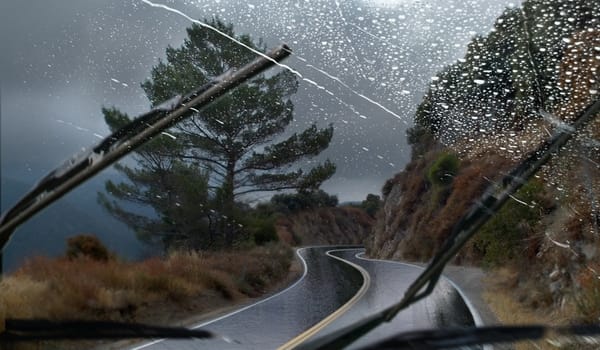 —
LONDON, 19 June, 2019 – Canadian scientists have examined an exhaustive collection of rain records for the past 50 years to confirm the fears of climate scientists: bouts of very heavy rain are on the increase.

They have measured this increase in parts of Canada, most of Europe, the US Midwest and Northeast, northern Australia, Western Russia and parts of China.

Between 2004 and 2013, worldwide, bouts of extreme rainfall rain increased by 7%. In Europe and Asia, the same decade registered a rise of 8.6% in cascades of heavy rain.

The scientists report in the journal Water Resources Research that they excluded areas where the records were less than complete, but analysed 8,700 daily rain records from 100,000 stations that monitor rainfall worldwide. They found that from 1964 to 2013, the frequency of catastrophic downpours increased with each decade.

“By introducing a new approach to analysing extremes, using thousands of rain records, we reveal a clear increase in the frequency of extreme rain events over the recent fifty years when global warming accelerated,” said Simon Papalexiou, of the University of Saskatchewan’s college of engineering.

“This upward trend is highly unlikely to be explained by natural climate variability. The probability of this happening is less than 0.3% under the model assumptions used.”

As temperatures rise, evaporation increases. A warmer atmosphere can absorb more moisture: capacity increases by 7% with each extra degree Celsius on the thermometer. Moisture absorbed into the atmosphere will inevitably fall again.

The world has warmed by at least 1°C in the last century, thanks to ever-increasing use of fossil fuels, and hydrologists, engineers and planners have been warning for years that human settlements and low-lying terrains have a rainfall problem, in the form of flash floods that can overwhelm sewage treatment plants and increase water contamination: rain-induced floods have claimed half a million lives since 1980.

Such floods – and other studies have confirmed their increase – trigger landslides, wash away crops, overwhelm buildings and bridges, flood homes and block road transport.

And they could be expected to increase even more because of the phenomenal growth of the world’s cities, covering more ground with brick, tile, cement and tarmacadam, to reduce the available marsh, forest and grassland that usually absorbs much of any downpour.

Scientists have measured alarming increases in rainfall in urban Australia, linked the catastrophic floods delivered by Hurricane Harvey in 2017 over Houston in Texas to global warming, and warned more and worse is on the way.

“Our study of records from around the globe shows that potentially devastating bouts of extreme rain are increasing decade by decade,” Dr Papalexiou said.

“We know that rainfall-induced floods can devastate communities, and that there are implications of increasing bouts of heavy rain for public health, agriculture, farmers’ livelihoods, the fishing industry and insurance, to name but a few.” – Climate News Network

This post was previously published on www.climatenewsnetwork.net and is republished here under a Creative Commons license CC BY-ND 4.0.
—