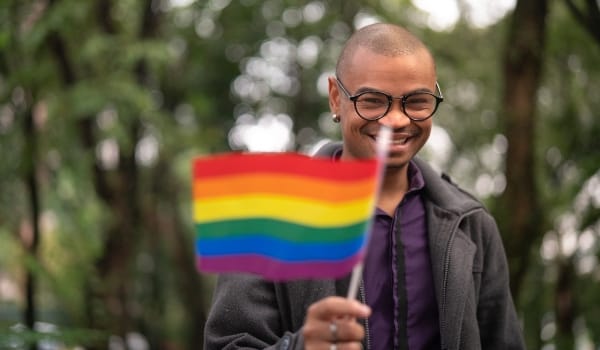 —
Washington, DC – Today LGBTQ Victory Fund, the only national organization dedicated to electing LGBTQ leaders to public office, endorsed Sarah McBride in her 2020 race for the Delaware state Senate. If elected, McBride would become the first openly trans state senator in United States history and the first out LGBTQ person elected to the Delaware state legislature.

It would not be the first time McBride made LGBTQ history. In 2012, she came out in American University’s student newspaper just a day after finishing her term as student body president. One year later, she became the first openly trans White House intern when she served in the Obama administration. And in 2016, she spoke at the Democratic National Convention, becoming the first openly trans person to do so. McBride is also credited with being the critical voice in securing gender identity non-discrimination protections in Delaware in 2013.

McBride is a former Victory Fund intern and a 2012 alum of LGBTQ Victory Institute’s Candidate & Campaign Training – a four day “bootcamp style” training that teaches LGBTQ leaders how to run for office.

“Sarah continues to revolutionize what is possible for a trans person – whether inside the White House or from the largest stage in Democratic politics – and she will almost certainly be making history again as the nation’s first out trans state senator,” said Mayor Annise Parker, President & CEO of LGBTQ Victory Fund. “Former Governor Jack Markell, state legislators and countless advocates describe Sarah as the lynchpin in lobbying efforts to secure statewide gender identity non-discrimination protections six years ago. That was with Sarah working from the outside. The impact of her presence and voice in the state legislature will be transformative, changing hearts and minds and leading to more inclusive legislation.”