Get Daily Email
Join/Login CLOSE
Home / Featured Content / Facing the Nightmare: The Threat That Is Trump 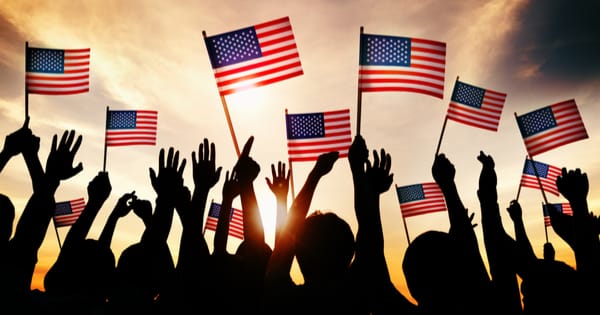 On Wednesday, February 27, to conclude his testimony to Congress, Michael Cohen said: “Given my experience working for Mr. Trump I fear that if he loses the election in 2020 that there will never be a peaceful transition of power…” Cohen’s revelations of Trump as possibly threatening the government, the constitution and rule of law with violence, affirms what many of us have suspected ever since he was elected, but it is frightening to see our fears stated so bluntly by someone who knows Trump so well.

Cohen is not the first to speak of this threat. Roger Stone warned America in 2017 of “insurrection” if Trump is impeached. Politico reported that Stone said, “Try to impeach him. Just try it. You will have a spasm of violence in this country, an insurrection like you’ve never seen.” This is probably another example of Stone’s political theatre. But, in case anyone still holds the illusion that Trump and most of his supporters value democracy or our constitution, think again. They will do anything they can to intimidate and confuse us.

This is, of course, part of the nightmare that is Trump. In 2018, he warned of violence if the GOP lost the midterm elections. When he said this, there was no proof of any planned violence by anyone. So, was he just stressing the stakes for his supporters, saying his opponents will “overturn everything” if the GOP lose Congress? Or was this an attempt to intimidate or to warn Democrats of what he was capable of doing?

Was he, as an article by Jonathan Chait in the Intelligencer wrote in November 2018, “tantalizing his supporters with the prospect of bloodshed”? He has often threatened and tried to dehumanize or encourage violence against those who oppose him, labeling them, us, as the “resistance mob” or the “radical resistance.” He has threatened and called the free press the “enemy of the people.”

We all know how he has used or threatened violence against protestors at his election rallies back in 2016 and afterwards. For example, in a rally in St. Louis, Missouri, he said, “You know, part of the problem… is nobody wants to hurt each other anymore, right?” And his favorite rallying cry: “Lock her up.” We could go on and on with examples of his comments about Charlottesville, etc.

In the face of the nightmare that is Trump, we can’t lose sight of what we are fighting for, and against. Many of us would like to forget Trump, and I know I find it very helpful to take vacations from the news. But we can’t forget the threat he poses to everything and possibly everyone we hold dear. So why are people who oppose him and who support democracy talking about being socialists or discussing dreamed of policies that we’d love to see realized but, right now, can be easily manipulated by the GOP or Russian bots to divide us? Many of the Republicans and Trump lie and distort so much, why help them?

We are Democrats meaning we support a free press. We support our freedom. We are patriots who support defending our freedom from those who would destroy it and we support defending our nation from those who would invade it by force or by subterfuge, from without or from within. In fact, we recognize that freedom has different meanings to different people.  But in a Democracy, freedom for one must be enlightened by responsibility for considering the effect of that freedom on others. One person cannot use their freedom to deny it to everyone else.

But this is exactly what Trump is doing. He threatens every one one of us (in terms of his denial of global warming, etc., etc.), or anyone who cares about our constitution and laws, cares about more equity in income and education, our humanity, or defending whatever is left of our democracy. In thinking about the 2020 election, those of us who oppose him and what he stands for can never forget this.

If we want any chance of a future with a substantive choice at the ballot box, or elections without threats of violence, our first priority must not be to support whomever will promise our most dreamed of policies. We must support the candidate who is most likely to defeat Trump and what he stands for.

Facebook43Tweet7PinEmailShares50
wpDiscuz
0
0
Would love your thoughts, please comment.x
()
x
| Reply
Share this ArticleLike this article? Email it to a friend!
Email sent!