Get Daily Email
Join/Login CLOSE
Home / Featured Content / ‘We Have a Strange Destiny’: A Conversation With the Livonian Poet Valts ErnšTreits: Part I 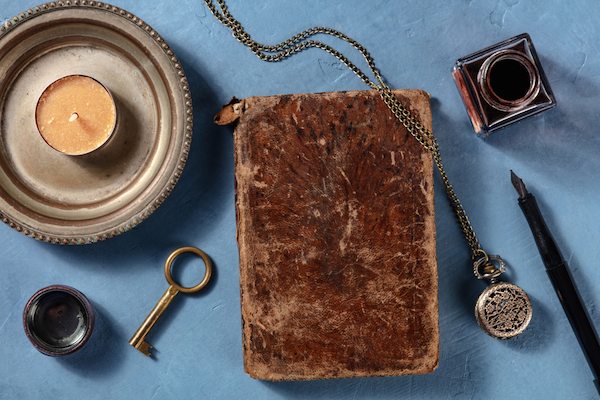 There are only around 250 of them left in Latvia today, many scattered far from the coastline which bears their name.

Theirs is a Finnic language related to Finnish and Estonian. Hundreds of years ago it was spoken throughout much of Latvia, but as its speakers assimilated into the surrounding population, Livonian began a slow and steady decline. By the 20th century it was confined to a few hundred speakers, concentrated mostly in a few remote fishing villages in Kurzeme, a province in western Latvia.

When Latvia came under Moscow’s rule, these coastal areas formed the western border of the Soviet Union and were largely taken over by the military. Access was restricted, and Livonians were prevented from fishing. Many abandoned their traditional homeland.

It is thought that the last native speaker of Livonian was Grizelda Kristiņa, who died in 2013 in Canada, where she had settled after fleeing Latvia in 1944. But since the restoration of Latvia’s independence in 1991, the language has seen a slow revival as a small number of people with Livonian heritage or with an interest in its culture have started to learn and promote the language.

One of them is the Livonian poet and translator Valts Ernštreits, who is currently the director of the Livonian Institute, founded in 2018, at the University of Latvia in the capital city Rīga. I spoke with Ernštreits about the past and present of the Livonian language and what he is doing to ensure that it has a future. The interview has been edited for style and brevity.

Will Mawhood: What do you think the importance is of having a Livonian Institute?

Valts Ernštreits: I think we’ve done pretty well. We started in autumn 2018 with zero employees and zero money. Now we’re already running three projects – we are expecting to get one or two more this year – and there are already nine people on the staff.

The Livonian Institute is quite important: first of all for Latvia, because Livonians are a part of Latvia; that’s one area that is pretty under-researched […] This is the first serious attempt for Latvia to enter the Finno-Ugric world in terms of science, and it is also exploiting the fact that there are only a few countries in Europe who have indigenous people, and Latvia is one of them. Although it’s not usual in Latvia to think in these terms: that Latvia does have indigenous people. Somehow on very many occasions it seems for people kind of surprising, but it’s true.

Because the Livonians have quite a strange destiny: there are very very few Livonians, but they still exist. This is something that the world can benefit from – from the Livonian experience, and this is we as an institute can also offer, because by researching Livonians, by researching various aspects of it, we can kind of find a formula for resistance against the world, or a formula for survival.

What I mean by resistance against the world is how to survive in very harsh conditions – because if we compare this to very many indigenous people, and not only indigenous people […] In the 19th century there were two and a half thousand Livonians, which is an extremely small number – that’s a village in Great Britain, I guess. Despite that, 200 years later Livonians still exist, and that’s even without speaking about two world wars, which destroyed the Livonian coast entirely, and the border area that erased the existence of the Livonian-speaking area in general. During all that, the Livonians have managed somehow to survive. So maybe that’s something we can offer to others: how to survive 200 years longer – if two and a half thousand people can do it, everyone can.

WM: So will Livonian be the example for other languages in Europe?

One project we’ve launched its to collect Livonian place names. So to be precise, because some people tend to get confused about it: not place names of Livonian origin, but place names in the Livonian language.

WM: So just to clarify, that wouldn’t just be on the Livonian Coast – that could also be here [in Rīga], for example? You’re going a long way back.

VE: Yes, if we can get them. The thing is that we are not particularly interested in how it sounds in Latvian; we are interested in what these places were called in Livonian. And we use various methods for doing that like using digital corpora, extracting them from, for example, folklore material like folk tales, then also metadata of various collections. There is a collection, for example, where someone has collected different various household items, but it’s written from which household they were collected and it’s written in Livonian. Then we take them. Another part of that is that we are not only collecting them, but also linking them to geospatial information, basically to get them attached to coordinates. As a result of that, there are two things that come up. Through the coordinates, we are linking these Livonian place names to other official Latvian databases. That enables, for example, us to pull up Livonian signs. So we offer official Livonian versions of Latvian place names. So if they want to, for example, put up a sign in Kolka [a village on the Livonian coast] with its Livonian name Kūolka, they aready have a source in accordance with Livonian language rules, standardised.

WM: You mentioned that Livonian is perhaps unusual in a European context in that it doesn’t have a territory where the language is still concentrated. Do you think the internet is unusually important for languages in such circumstances?

VE: It’s a global tendency, it doesn’t only affect Livonian – because people move much more, but what is different is that people can stay virtually connected to their society, by reading [internet] portals, looking at videos in the language that they speak, etc. And for smaller languages and smaller communities, this is extremely important because this is kind of an artificial leg in a sense, because it does supplement something that you have lost. And for Livonians it really was, because the territory was lost in the ‘50s, and after that it was really difficult to get together, simply to have a conversation. Because you need two people, and that means two people have to meet. So now these technologies allow them to do that. But of course there are certain dangers, and they has been a subject of discussion.

For example, Sámi [language activists] are working on automated translation options, but they don’t create tools for translation into Sámi, but only from Sámi. For me, that’s also something to think about. It would be very nice if you had tools to translate from one language to another, but then again by not getting good-quality translations into, for example, Livonian or into Sámi, you can suddenly over-populate the language with lots of data of poor quality, and you can actually influence this living organism with a kind of disease. And it ends up that by trying to save the language, you are killing it but by other means. Because people think that it’s OK, and then they start to use it because the majority use it.