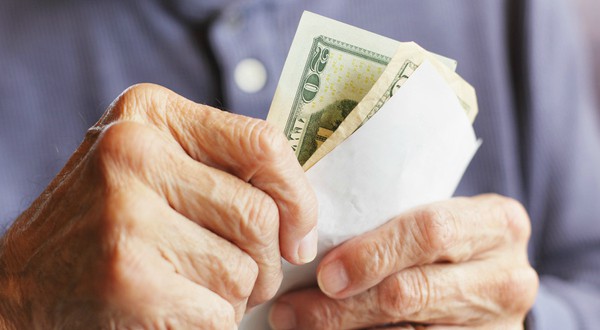 —
Several recent articles address the evolution in countries like Sweden and China toward being cashless societies and the problems this poses for the elderly, who may find it difficult adopting new technologies.

In Sweden, which I wrote about a few months ago, banknotes and coins now represent only 1% of the economy, with many businesses now considering no longer accepting cash, while half of banks no longer accept cash deposits and many others are phasing out largely unused ATMs, and there are even people who have implanted chips in their hands as a means of identification and payment. Some 95% of Swedes aged between 18 and 24 years old now carry out transactions with a debit card or through Swish, an app that has already become a commonly used verb. The government is even considering launching a digital currency, the e-krona.

In China, the increasingly ubiquitous use of apps such as WeChat for payment is a challenge and a source of confusion for many older people, with the government calling on volunteers to help them learn to use the technology.

Eliminating cash makes for greater traceability (not just by the authorities but by private companies), and security. Older people are older, not necessarily stupid or clumsy, but undoubtedly, the evolution towards fully electronic means of payment will inevitably cause some level of confusion.

As always, the key is education, either through media campaigns, volunteering or by explaining how the technology works. Electronic payment can be enormously simple at the procedural level, but they involve a profound change in habits for people accustomed to the tangibility of cash. Indeed, many older people still don’t use older technology such as credit cards, citing not just supposed difficulties, but concerns about spending control. It’s the same with the ATMs on our high streets: a certain percentage of older people are not only uncomfortable using them, but are offended when bank tellers send them back outside to use them.

We can only wonder what will happen when credit cards disappear and we move toward smartphone payments. That said, there are plenty of older people who use their smartphones for a growing range of tasks or who use accessibility options to deal with physical limitations. Not using a smartphone is more to do with lack of practice or ingrained old habits, rather than physical limitations: for older people, smartphones have many advantages; they just need to be explained. Other variables, such as education levels or location also play an important role in the way we adopt new technologies. The problems seen by generations who grow up with new technologies tend to be more to do with privacy concerns.

What happens cash is only used by a tiny minority, when stores or banks stop accepting bank notes and coins, and when even ATMs disappear because they cost too much to maintain? If significant numbers of older people really face problems adapting to the cashless society, will awareness campaigns and education be enough, or will they face exclusion from the economy?