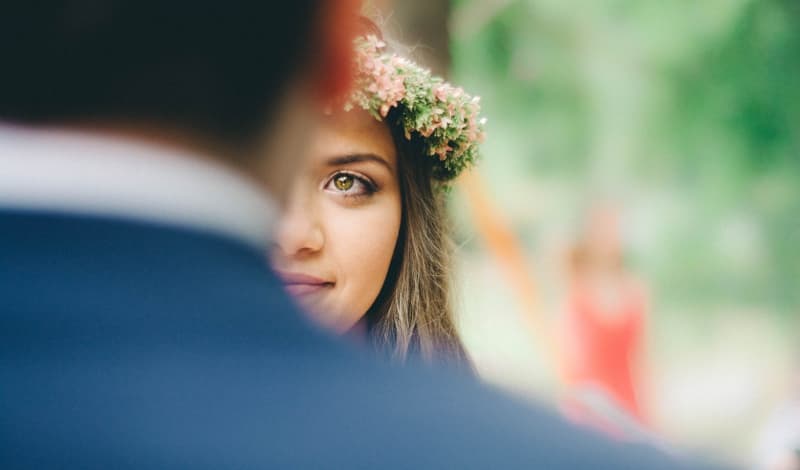 When I got married I had zero relationship skills. I was an atheist-leaning scientist; I had never taken a single class in psychology, emotions, or communication skills; and I adamant I would not be pigeonholed because of my female biology, so I walled it off inside of me.

Yet I was marrying a therapist. While I had the hard-hitting scientific career, he had attended a Buddhist university where exams involved meditation.

He was the one interested in processing and personal growth work. I had grown up in an environment that was actively hostile to all of that.

Even in our physical appearance and temperaments, we found ourselves in a ‘reversed-polarity’ situation: he was slight and sensitive and worked few hours, whereas I was constitutionally hearty, used to getting things done no matter how I was ‘feeling’, and worked all the time.

I had chosen a man with a lot of feminine qualities and appearance on purpose.

I had a deep wound around the treatment of women in the world, and I was determined to make it as a female scientist in academia, where it still felt like an old-boy’s club much of the time.

So I wanted absolute equality in my marriage. I didn’t want to be the weaker one, the surrendered one. I rejected traditional gender roles with every fiber of my being. I had seen the way women were treated as sex objects and then looked down upon as mothers in the conservative town of my upbringing, and I wanted no part of that.

But in my quest for equality, I overcorrected. I could be controlling and overly-focused on planning and results, and I didn’t know how to slow down, rest, feel deeply, or have fulfilling connections with others.

My ex and I went into our reversed-polarity marriage with an awareness of our unusual energetic pattern.

It worked for a while — in general I felt like I ‘wore the pants’, and sexually I was more dominating. But because my taking this role didn’t come from a balanced, healthy place, but rather from fear and control, it was ultimately unsustainable for my body and mind. It also limited the depth of our connection.

Eventually, part of me started to crave being taken rather than doing the taking.

I had some healing to do, but I didn’t know how to do it with him. Every time I tried to open, I felt so much shame. And I had spent a lot of time trying to take care of him in his trauma, which, combined with my inability to receive him, caused him to act out.

I had to admit that I didn’t respect or trust him enough to let him take the lead.

In the end, we had to pursue our respective healing paths separately.

And after my marriage ended, I finally went through a major opening that brought into my life the ideas of sacred masculine and feminine, tools such as non-violent communication and attachment theory, and a dedication to personal growth work and conscious sexuality.

I learned to play with joy and spontaneity in a wide energetic range. And it was only then, after 15 years being stuck in a morass of shame and ‘shoulds’, that I finally felt what it was like to be truly alive.

I have wondered ever since why we don’t teach these basic relationship skills to all of us from the get-go. Not to mention an awareness of the sacred vs unhealthy masculine and feminine.

I had to learn it the hard way — but you don’t have to!