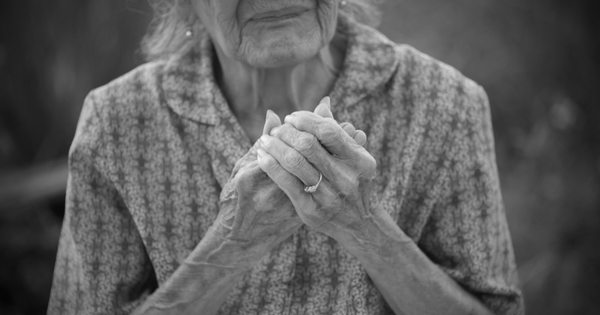 My observation during this current COVID-19 pandemic is that some people are fearful, some are leaning into it, and others are feeling more isolated than ever. I’ve pondered the different reactions, as well as which current life experiences affect how we react to future ones.

As someone who was raised by a depressed mother, and as a cancer survivor who also has a history of depression and a tendency to go to the dark side, I am feeling the gloom. But, as a means of survival, I’ve intuitively decided to detach from it. I’m doing my part and observing social distancing, and I’m attending to my family’s needs, as my kids and grandkids have now moved in with us. There are eight adults, two kids, and four dogs under one roof. We are self-contained, and only one person, who is fully protected, goes out to do errands. I’m connecting with those whom I know are lonely, and I’m trying to write inspiring articles and poems. Basically, I’m trying to effect change in my small part of the world.

At the same time, I can’t forget that I am high risk and must take care of myself. I’m 65, have a history of asthma, and have smoldering multiple myeloma, which means that my immune system is compromised. My oncologist suggests that I not only observe social distancing but also try to ramp up my immunity. I’ve begun monthly immunotherapy sessions, even though many have wondered why I’d want to enter a cancer center during these times. Well, it’s because the advantage of having a boosted immune system supersedes everything else.

My nighttime dreams are most often very telling, and last night’s dream was no different. I woke up this morning feeling not really in a state of gloom, but more with a sense of wonder. There’s a big unknown regarding the evolution of this virus, but one thing we do know is that in this, the richest country in the world, our politicians moved way too slowly in nipping this pandemic in the bud. My sense is that it will probably get worse before it gets better.

Not putting the right people in place early enough has resulted in a huge, out-of-control disaster. I woke up with a (hopefully) fleeting sense that the world is ending or that we’re living out Darwin’s natural-selection, survival-of-the-fittest theory, where only the strong survive. Perhaps that will be the case in some respects, as COVID-19 may kill those who are dealing with preexisting health challenges, or who were simply in the wrong place at the right time.

I also had visions of my grandmother’s life and how, in 1914 at the age of 11, she lost her parents during World War I’s cholera pandemic. At the time, she was living in Galicia, Poland. That pandemic lasted from 1899 to 1923 and killed more than 800,000 people worldwide. In my memoir about our relationship, Regina’s Closet: Finding My Grandmother’s Secret Journal, I share segments of her journal where she wrote about how all those afflicted with cholera were cared for in a huge infirmary where they eventually died.

In that journal, which I found years after her suicide in 1964, she spoke about having to enter the infirmary to identify the bodies of both of her parents. She shared how, afterward, they were all tossed into a massive grave because nobody wanted to touch the bodies. I can only imagine how traumatizing that was for an 11-year-old to witness, how the image must have stayed with her for the rest of her life . . . and how it probably resulted in her untimely suicide at the age of 61.

Fast-forward to the present, and I’m thinking of all those in isolation because of this pandemic. I’m thinking about my own 90-year-old mother, who lives in an assisted-living facility in New York, which is at the heart of the pandemic. She told me yesterday that the residents of the facility can no longer have visitors, and they’re not allowed to go down to the dining hall for meals. All meals and care are now being administered by masked and gloved staff. Her former cleaning lady, who has been visiting her twice a week to bring her flowers and treats and to give her showers, is no longer be able to visit her.

Loneliness and death seem imminent under these circumstances. Seniors and hospice patients live for their visitors, and the attention sustains them. What will happen now?

While we must surrender to the course this virus takes while scientists work overtime on a vaccine and increased testing capacity, we all must still find a way to navigate these challenging times. While it’s sometimes difficult to be positive, my grandmother’s teachings will sustain me. I’ve decided to take “news holidays,” and rather, spend time delving into my hobbies.

With each stitch I place on my needlepoint canvas, I thank my grandmother for this beautiful skill she taught me. Beach walks sustain me, as do letter writing, connecting on the internet, and sending positive vibes out to the world.

As the song says, “We shall overcome.”

Previously Published on The Wisdom Daily