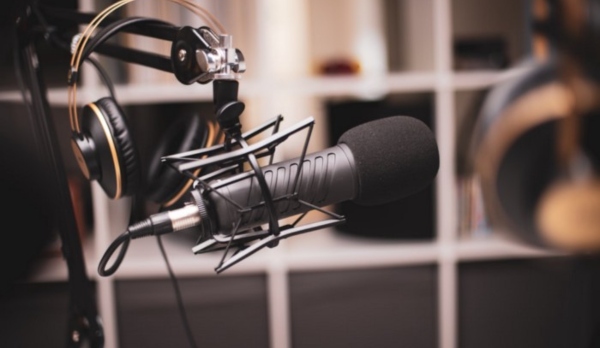 Rush Limbaugh, whether wittingly or unwittingly, was the architect. Give him credit where it’s due; he was the Messiah for right-wing media. He begat Sean Hannity, Bill O’Reilly, Glenn Beck, Mark Levin, and every other wannabe radio or television star of political discourse. His formula was copied or slightly altered by dozens who learned to profit from hate, with Black people often being the target.

I’m not here to stomp on the man’s grave. This story won’t be a recitation of his racism, misogyny, or homophobia. All that is well documented, and you either are well aware of it or won’t ever believe it. I will give him credit for carving out a niche in radio and on television that hadn’t previously been exploited. He had the first show of his kind to be syndicated and created a whole market where none existed, though his fan base harboring the feelings he cultivated had always existed.

Rush Limbaugh was a genius at marketing himself, and it didn’t matter if it was at the expense of others. He made fun of Democratic politicians who were fair game, but he took it farther, teaching his legions of followers to hate people for who they supported, what they believed, and for their color.

I usually only listened to Rush when on a road trip alone. He was good for staying awake and keeping in touch with what the other side is saying. Limbaugh became the barometer of what was acceptable, always pushing where the line was by continually crossing it. His followers were among the first on the right to be indoctrinated into a cult of personality, literally losing their ability to reason. I worked at a couple of the Arena shows Limbaugh did during his “Rush to Excellence” tour in the early 1990s. His devoted followers gobbled up his books and trinkets.

You had to know him then to appreciate that what he did was an act. He was an entertainer and very good at his job. It’s impossible to tell what he really believed and what was the facade, but he knew his audience and played to them for over three decades.

Fox News featured a parade of acolytes paying homage to Limbaugh on the day of his death. The recently outvoted and twice impeached ex-President Trump called in to say Limbaugh “really liked me.” Sean Hannity accurately stated that without Limbaugh, there couldn’t have been a Hannity. Mark Levin and others took turns commiserating the “great loss for the nation.” But did Rush really make America better? Not if you’re Black.

Rush was one of the first to raise the false alarm of reverse discrimination against white males. He demonized affirmative action, labeling it not as an attempt to make things right but as a plot to take away something white people, mostly males, deserved. He blamed the struggle of Black American’s, not on systemic racism but their own lack of character. Unfortunately, his death will change little except for hoping those who follow are less successful at deceiving his followers.

During his final days, while cancer was increasing its grip on his body. Rush Limbaugh got out of a hospital bed to receive the Presidential Medal of Freedom, presented by Donald Trump at the State of the Union Address in February 2020. A year later, and he’s gone. His legacy is a seemingly limitless number of imitators and a populace more willing to say and do what was unthinkable since the end of the Civil Rights era. While he had little to do with it (unlike Donald Trump). The January 6th insurrection at the Capitol couldn’t have happened without the atmosphere Rush Limbaugh helped create.

Now that he’s gone. Black people should expect little change in the rhetoric on right-wing media and the unbridled white supremacy in the populace. While his talent might have been on loan from God, as he liked to say. His message was appreciated by the devil, who has more than enough minions to carry on. While Rush may have come to believe most of what he espoused. The hucksters that have followed only care about making a buck. They are part of why systemic racism hasn’t been seriously addressed because their livelihood required the denial of its existence. I’m glad Rush is out of the physical pain and mental anguish caused by cancer. Hopefully, the nation can be one day rid of the cancerous rhetoric he birthed.