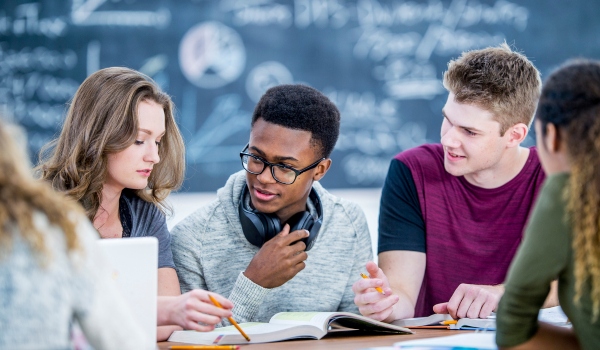 Earlier this year, a number of wealthy parents, celebrities, and college prep coaches were accused of offering large bribes to elite universities in order to get their children into schools they didn’t qualify for.

Among those charged was actress Felicity Huffman, who was recently sentenced to 14 days in prison after pleading guilty to fraud. In Huffman’s case, she’d paid $15,000 to have someone cheat on an SAT exam for her daughter.

Many parents want a better education for their child — and higher education, after all, has long been considered a path to the American dream. But Huffman’s case shows an obvious bias in the system toward people who achieved it long ago.

Her light sentence is being compared to the five years given to Tanya McDowell, a homeless Bridgeport, Connecticut mom who was arrested and charged after enrolling her young son in a school in a neighboring public school district that posted better test scores.

For many low-income families, the promise of education providing a pathway out of poverty is slipping further out of reach. Many are mired in underfunded public schools with few resources to provide a quality education.

It’s no surprise that many of these communities are also home to people of color. A new report released earlier this year found that nonwhite school districts get $23 billion less than white districts, despite serving about the same number of students.

As someone who grew up in a low-income household and attended public schools, I’m a product of that system. Each morning, my high school welcomed me with metal detectors and police officers.

I was one of the very few lucky students that beat the odds, graduated, and made it through college. Most don’t.

These disparities force parents from low-income backgrounds and communities of color to take risks — like using the addresses of friends or family members to get their kids into better school systems. “I would still do it all over again,” said McDowell after serving her time. “My son exceeded all of my expectations” in the better district, she said.

On the other hand, for parents like Huffman — who have access to a plethora of economic and social resources already — bribing colleges and universities to secure a slot for her children isn’t a means of survival. It’s an abuse of power and privilege.

Varsity Blues has been deemed the largest college admissions scandal in U.S. history. For sure, it highlights how the inherited advantages of our country’s wealthiest people have shaped our education system. Even more than that, though, it’s part of the bigger scandal that so many more have so much less.

As wealth continues to concentrate at the top, the extremely wealthy are using it shut out students who are already hundreds of steps behind on the road to success — all to give the already affluent another boost along the way.

This post was previously published on Inequality.org and is republished here under a Creative Commons 3.0 License.