Get Daily Email
Join/Login CLOSE
Home / Featured Content / Which Type of Feminist Should a Male Feminist Be? 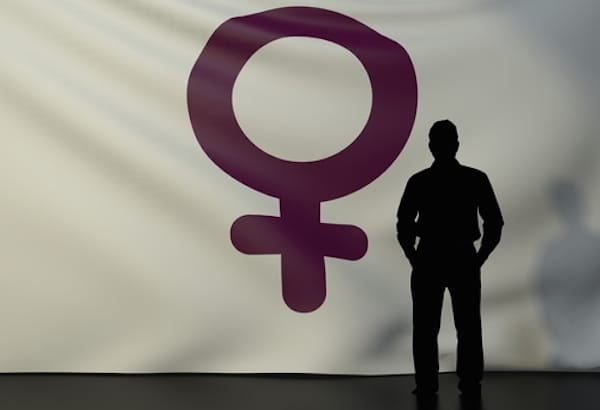 For all you good men out there who are inspired by the issues of today swirling around in our lives, and who have become, like me, interested in feminism, there is the question of becoming educated in basic feminist issues and deciding where you stand on a range of feminist issues.

First of all, there is the definition of feminism – you believe that men and women are created equal and should be equal in all things. If that’s what you think, great! You’re a feminist. Congratulations!

Now, let’s go a little deeper. You may have noticed that some people talk of “feminisms” – suggesting that there is more than one type. Indeed, there are a large number of different strands, some ten to fifteen, often divided into ethnic groups, schools of thought, political stance or just attitude.

However, there appears to be some agreement among female feminists that there are three main types – socialist feminism, reformist feminism, and radical feminism. Do male feminists need to choose a type? Should we mix and match? Where can we be of best useful service to the ladies?

Considering this, I have decided to put forth my opinion, which is necessarily personal. You don’t have to agree with it.

My personal beliefs on women are extremely woman-friendly. I absolutely love women. Any feminism I choose must totally reflect that. Further, I am interested in entrepreneurial business and how it can make a difference in the world. I believe in the Good, the Right and the True. The good guys always win, true love lasts forever. I am Gen X, so I come from the “I’d Like to Teach the World to Sing” and “It’s morning in America” generation that never went to war nor killed anybody. I also used to be a massage therapist, where I listened to the horror stories of abuse and sexism women clients had endured from their deadbeat boyfriends, an experience that allowed me to become a temporary member of the sisterhood.

Let’s now examine the three types. Socialist feminism is quite intersectional, with these feminists believing that sexism is a tool used by capitalist men to subdue women. There is a lot of focus on workers and an understanding that the roots of sexism are also the roots of racism and a lot of other unhealthy “isms”. So they are multi-issue. However, the solution they offer is for society to simply be more socialist and left-wing, then everything will be all right.

Reformist feminists think they can get by without needing to change any capitalist structures. They believe that rights can be secured with changes in legislation and amendments to national constitutions. However, this tends to make their work look rather single-issue. A lot of white, middle-class, educated women belong to this bracket.

How can a guy like me add to the existing conversation? At first glance, a middle-of-the-road approach might appear to be best. If I was a reformist feminist, then I could join in the Women’s March, wave placards, be a part of a huge, exciting movement trying to change laws to make the world a more equal place. I could do a lot of advocacy work and have a big group of passionate women around me. That could be a great beginning. Nevertheless, just marching around and yelling at rallies doesn’t seem to be enough.

I am very excited by the opportunities offered in women starting up their own businesses, so I would like to use my status as a male to open doors to entrepreneurial women that would otherwise remain closed. Having done that, I could then get intersectional and do the same for other marginalized groups, such as people of color, Hispanics, LGBT people, and other underprivileged groups. However, I’m not terribly thrilled with the conclusion that socialism is the answer. Its tax-and-spend approach to government would lead to small businesses such as those I had just helped set up for women being slammed with tax hikes and Marx-Leninism will eventually impoverish the whole nation, just as it always has done in other countries. Poverty is a major threat to the equality of women, so the law of diminishing returns would result.

A better option would be to replace the focus on socialism with the creation of an all-female matriarchy. I could return to my membership of the sisterhood that I had before with a commitment to make at least some of the businesses I set up female-only. I could use radfem principles to rapidly assist women in creating strong networks of women who truly believe in the power of women to make their way in life without the assistance of men and thus create a solid platform for other women to create mixed-sex businesses on top of the radfem ones already set up. Thus a loving matriarchy that adores women and is safe and trusted by women could be established.

So that’s how I would use my male feminism to add to the three existing main branches of the movement. What would you do?

Oliver, I love women too, and as a college teacher and researcher have done everything I can to support and encourage them. But I also love my sons and grandsons, and I wonder about what their place will be matriarchy you envision? Do you really think this kind of world, with female-only businesses, will be any better for our sons and grandsons than the world I grew up in the 1950s and ’60s was for girls and women? Boys and young men aren’t doing at all well these days throughout the developed world. Will separatist girl and woman power really… Read more »

Oliver, kudos to you for writing this and wanting to be a male feminist. More men taking this stance is urgently needed, and I’m on the same path myself, so forgive me for raising a couple of concerns. I don’t think you do yourself any favours by referring to ‘the ladies’ – a patronising term which gives the (hopefully wrong) impression that your may be a White Knight – a man still (possibly unconciously) holding on to a sexist perspective but masquerading as an ally to women so as to be seen as, and feel like, a ‘good’ man. Similarly… Read more »