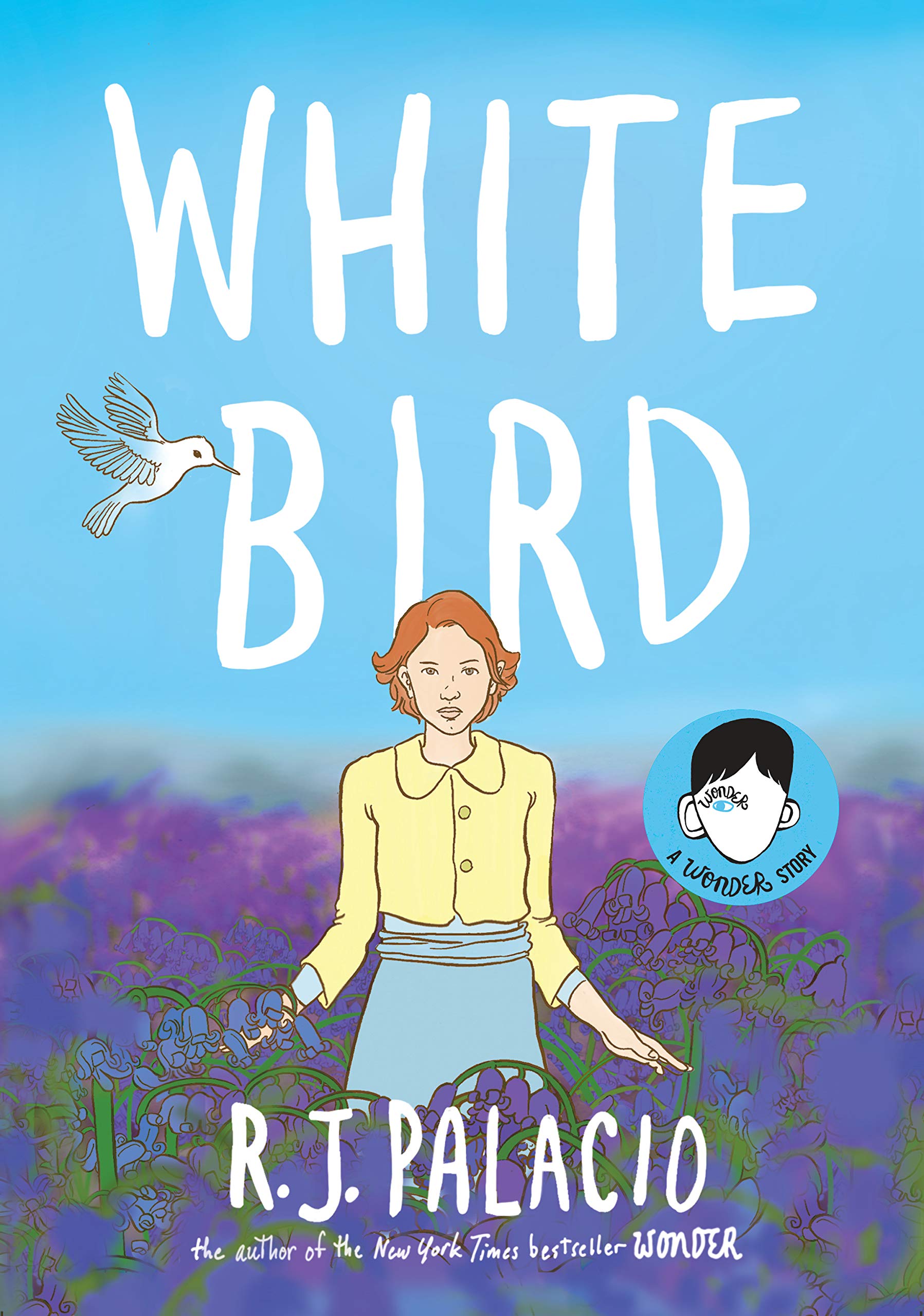 Wonder chronicles the most unlikely of heroes following the journey of Auggie Pullman, a boy born with facial differences that prevent him from going to a mainstream school. As he enters the local fifth grade, his family, his new classmates, and the larger community all struggle to discover their compassion and acceptance, and  Auggie’s extraordinary journey unites them and proves you can’t blend in when you were born to stand out. The film stars Julia Roberts, Owen Wilson, and Jacob Tremblay.  The novel is an international publishing sensation for Alfred A Knopf, spending more than seven years on the New York Times bestseller list. R.J. Palacio’s books have sold more than 15 million copies with editions published in fifty-three languages. 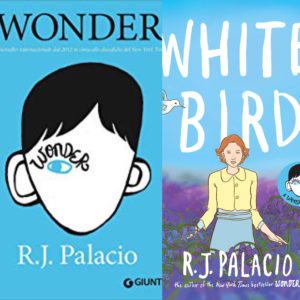 Wonder and White Bird are connected, unforgettable stories of the power of kindness and unrelenting courage – this one set during a time of war.

Wonder and White Bird are connected, unforgettable stories of the power of kindness and unrelenting courage – this one set during a time of war.

With White Bird, Palacio writes a story of a young Jewish girl hidden away by a boy and his family in Nazi-occupied France during World War II.  Recounted by Grandmere to her grandson, Julian, a character already known to those familiar with Wonder, Grandmere’s story about her childhood—her fairy-tale life before the war, how everything abruptly changed when the Nazi’s occupied France, and how the boy she and her classmates once shunned becomes her savior and best friend — is transformational for Julian. It is his evolution, as well as Grandmere’s extraordinary story, that helps White Bird movingly demonstrate the power of kindness to change hearts, build bridges, and even save lives.

“Lionsgate is enormously proud of our association with world-class writers who speak from the heart and soul and with a powerful, authentic voice. There can be no more important, hopeful or inspirational message today than those found in R.J.’s books. She is an extraordinary talent,” said Kahane. “White Bird-like Wonder is about taking risks, taking a stand and the power of kindness. It is about the power and consequences of being brave and we are thrilled to be adapting White Bird together with her and Mandeville Films.”

The team at Lionsgate values artists and storytellers and has been crucial to expanding the fan community surrounding Wonder,” said Palacio.

“They have been enormously supportive as I have been writing White Bird and I could not feel more secure that my new graphic novel is in the right creative hands at the right studio.

“R.J. Palacio is a gifted storyteller and has a way of teaching through her stories in such a beautiful way,” said Hoberman and Lieberman. “White Bird is such a story that the whole world should read and we look forward to bringing it to the screen.”

R.J. Palacio is represented by Howie Sanders of Anonymous Content and Alyssa Eisner Henkin, of Trident Media Group. White Bird will be overseen by James Myers for Lionsgate.

The first major new studio in decades, Lionsgate is a global content leader whose films, television series, digital products, and linear and over-the-top platforms reach next generation audiences around the world.  In addition to its filmed entertainment leadership, Lionsgate content drives a growing presence in interactive and location-based entertainment, video games, esports, and other new entertainment technologies.

Lionsgate’s content initiatives are backed by a nearly 17,000-title film and television library and delivered through a global sales and distribution infrastructure.  The Lionsgate brand is synonymous with original, daring and ground-breaking content created with special emphasis on the evolving patterns and diverse composition of the Company’s worldwide consumer base.