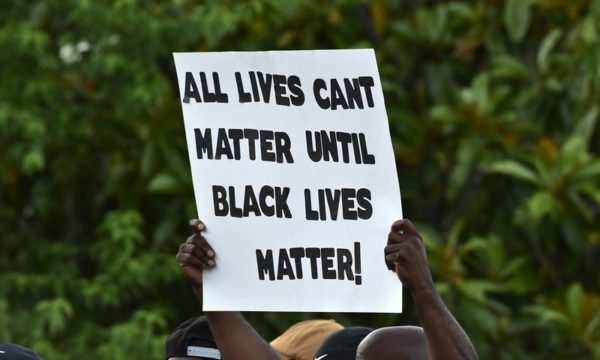 Domination-based hierarchical movements like white nationalism are a refined manifestation of our white culture’s larger collective failing to connect across differences. Millions of white folks’ nagging inability to engage across difference represents an extinction-level flaw.

Millions of white people remain deeply uncomfortable with differences, differences represented by POC, LGBTQ people, gender non-binary people, immigrants, non-Christians and so on. This narrow, rigid self-isolation is enforced by white culture. It is a deadly force for us all.

As a species, humankind faces a growing list of existential threats: environmental collapse, war, disease, waning resources. But we are organized politically is to accrue power to the top 1% by dividing us by race, religion, caste, sexuality, gender and so on.

A growing body of research by Deloitte and others shows that organizations that are fully diverse and inclusive are far more innovative, productive and high performing. The advantage of fully diverse organizations, companies, cultures is no longer in dispute. More: https://www2.deloitte.com/us/en/insights/deloitte-review/issue-22/diversity-and-inclusion-at-work-eight-powerful-truths.html

Literally, if you want your company or organization to exist in ten more years, create a culture of diversity/inclusion. Otherwise, diverse/inclusive organizations (which includes nations) will outperform you at every level. But millions of whites choose a politics of division.

Millions of us in white culture have been convinced to oppose diversity and inclusion, thereby neutralizing humankind’s greatest collective strengths so that a few people at the top can accrue even more power and wealth.

How about a NASCAR metaphor? Dominance-based white nationalist sociopolitical models like Trump’s are the equivalent of building a race car (ironic term, no?) and then pouring sand in the gas tank. And spray painting the windshield. And facing the driver’s seat backward. And going to the wrong race track.

White racism is self-sabotage on a catastrophic level. And, as a species, we’re just flat out of time.

To avoid the extinction of humankind, we must begin leveraging our rich human diversity NOW. And it’s millions of entrenched white folks who are the drag on making this happen. Because far too many whites have been trained to fear difference for generations, we are a boat anchor slowing our species collective innovation, progress, healing and growth. We are slowing progress on solving every problem we collectively face including global warming, a pandemic, endless war, poverty, gender violence, and more.

White nationalism is a clear and well-defined manifestation of our larger relational weaknesses as whites. Too many of us are wary of connecting across differences, struggling to show compassion, lost in conversations that don’t sound like ours, hopelessly fearful of change.

White nationalism is a shit show. But its poison is born out of and threaded through every aspect of white culture. We are racism and racism is us. And even if you’re a white person who seeks to support people of color, racism is still at work in your life. Just look around.

We’re up against global extinction and running out of time. While some whites are irredeemably poisoned by hate, millions of us are simply facing a crisis of courage, a failing to step beyond our isolated white enclaves and do the real human work of connecting across race.

We can end this. Millions of white people can end racism, by stepping out of our lonely gated-community mindsets and connecting across differences. Across race, gender, culture, religion, nationality and all the false divisions we have been conditioned by white culture to fear.

Our species’ time is running out. For white folks, our time is absolutely up. We must treat connecting across differences as our number one mission. Heal our toxic isolation and fear. Create diversity and inclusion IN OUR OWN LIVES.

Now. Before it’s too late for us all.

Facebook50Tweet3Pin1EmailShares54
wpDiscuz
0
0
Would love your thoughts, please comment.x
()
x
| Reply
Share this ArticleLike this article? Email it to a friend!
Email sent!