Get Daily Email
Join/Login CLOSE
Home / Featured Content / ‘Who are You Going to Believe? Me, or Your Lying Eyes?’ 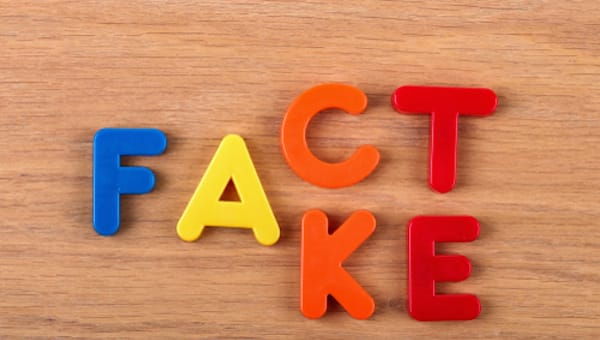 I looked everywhere this morning to try and attribute that quote. It’s been running through my head for the last 24 hours. After spending a few minutes Googling, it seems everyone from Groucho Marx to Richard Pryor are said to have said it first, so I’ll claim it’s Richard Pryor who said it 50 years after Groucho was writing comedy. So, who are you going to believe? Me, and my 5 minutes of google research, or your ability to reason that it is difficult to have done something first 50 years after someone else is claimed to have done it? Me, or your lying eyes.

This line keeps running through my head as I read the news this weekend as the new hand-picked Attorney General, brought in just over a month ago to replace the last Attorney General who would not end the Special Council’s probe, summarizes the conveniently wrapped up two-year investigation that he testified he would not interfere with… in under 48 hours and concludes that his boss, the President of the United States, did nothing wrong. Because who are you going to believe? The duly confirmed head of the Department of Justice, nominated by the President of the United States, vetted and confirmed by the Senate Judicial Committee, and sworn in by Chief Justice of the United States Supreme Court to investigate themselves… or your lying eyes?

It’s been two years, 200 charges against 34 people, including the Campaign Chair for the President’s Campaign being found guilty by a jury of his peers, his top deputy turned cooperator, the President’s personal lawyer accusing the President of multiple felonies and providing documentation to corroborate his claims, an aide known for dirty politicking since the Nixon era arrested in an early morning raid where “terabytes of information” seized just two months ago, several prison sentences after guilty pleas by multiple members of the campaign, and most importantly, multiple sentences being postponed just days ago while the convicted felons remain as cooperators in open investigations. These are not subjective opinions, these are objective facts. These things have happened, have been documented by the Justice System, reported in the public record at large.

When we point to the evidence we’ve seen, we are told… “But look, the Attorney General says he has read the report and everything you’ve seen is wrong. For Brutus is an honorable man, and Brutus says there was no collusion, no conspiracy with Russia, no obstruction of justice to cover up that collision.” We are told that it’s ok for the Speaker of the House to abdicate her constitutionally mandated responsibility of oversight of the Executive Branch, claiming it’s politically “just not worth it” to impeach the President, also known as Individual 1 in court filings accusing him of directly felonies. That the national election in 2020 will decide our fate, for Brutus is an honorable man. We are told that American democracy is stable, while a single Senator holds an entire legislative chamber hostage to his will and decree, to vote or not vote, on bills passed by a democratically elected majority in the co-equal chamber of the House. But William Barr says that our Democracy is secure, and William Barr is an honorable man.

All the while this is happening we have, as a people, forgotten that the true enemy is not the President of the United States and his many objective crimes he has committed in clear public view. It’s not his clearly criminal enterprise company and its officers that now serve as appointed government officials. It’s not even the 36% average of Americans who believe that all these things are part of a witch hunt, a hoax, a deep-state conspiracy whistleblown by a shadowy government official named Q Anon.

Let me be clear here, the President of the United States is not the cancer on American society, he is a metastasized tumor pillaging our body politick for personal gain. The cancer is our willingness as a people, as a democratic society, to overlook anything as long as there is something in it for us individually.

Republicans overlooked Watergate because President Nixon was “tough on crime”. They overlooked Iran/Contra because President Reagan lowered taxes and revitalized the upper class through deregulation and flawed “trickle down” economics. Democrats overlooked President Clinton’s 1994 Crime Bill as it imprisoned an entire generation of young black men because the recession ended in a surplus for the middle class. We overlook George W Bush’s misguided, erroneous Iraq War because the country needed revenge on someone, anyone, and he took it for us. We overlook the Obama administration’s drone strikes and continuation of the War on Terror and the millions of civilian deaths all over Muslim countries because we are like President Obama and his rhetoric and the dreams he inspired.

And 36% of the American electorate overlook what appear to be publicly committed crimes by President Donald Trump because he embraces the darker side of America, the racism, the greed, the imperialism that built our former empire and a longing to return to glory days of American supremacy.

As I write this article, the freshly indicted on bribery and corruption charges Prime Minister of Israel is standing on a stage with the freshly “exonerated” President of the United States congratulating each other on carving up illegally annexed land from Syria called the Golan Heights and proclaiming it as belonging to Israel. We are meant to believe that this is done for the good of America and the Jewish people, although I can’t seem to recall the public outcry from American Jews for the recognition of Israel’s right to occupy the Golan Heights. (It is also worth stating, that Prime Minister Netanyahu is also cutting his America trip short to oversee further military action in Gaza that began this morning as a response to a single rocket attack that the Israeli government claims happened last night.) We are also meant to overlook the obvious precedent this sets for the American recognition of Crimea as belonging to the Russian Federation which was annexed from Ukraine in 2014. An annexation that was reportedly brought about by a Russian President who longs for the reunification of the USSR empire and a return to the glory days of Russian supremacy. American recognition of Crimea as part of the Russian Federation would be a clear and objective win for Vladimir Putin. But President Putin says he was not involved, and President Putin is an honorable man.

Who are you going to believe? The objective facts, or your lying eyes? 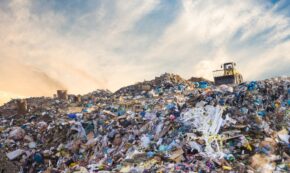