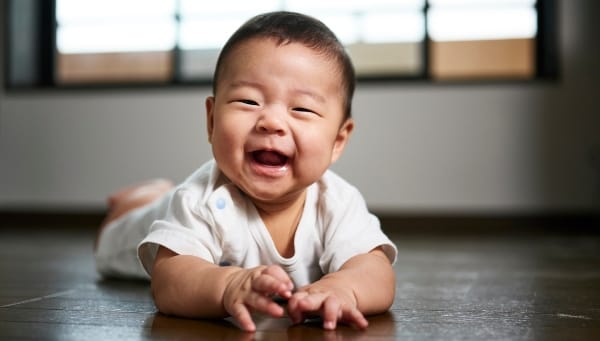 A study involving 109 families in Holland tested the sensitivity of mothers’ and fathers’ respective abilities to interpret accurately and respond appropriately to their child’s signals. All the parents had a single child who was aged four months.

During two separate home visits, researchers observed the mothers’ and the fathers’ interactions with their babies. They observed four situations:

These interactions were videoed, then coded by trained researchers.

Result 1: Mothers and fathers are, on average, equally sensitive in all four tests. Earlier research asking the same question has produced more mixed results, but the body of research covers children of many ages, and things might be different at other points in children’s lives.

Result 2: The more natural the situation, the more sensitive the mothers and fathers. Parents showed most sensitivity in the most natural situation, namely, bathing or changing a diaper. Meanwhile, parental sensitivity was lowest in the artificial still face procedure. Perhaps parents are more relaxed and alert to an infant’s signals in familiar situations.

Result 3: A parent who was more sensitive in one test tended to be more sensitive in the other tests, though the correlations were rather limited. Again, this may occur because unfamiliar situations challenge the ability to show sensitivity. Other factors may also be at play, such as the mood of the child; earlier research shows that parental sensitivity can vary with how the child is behaving. This would obscure correlations.

Building on the second result that sensitivity is dependent on context, the researchers recommend that parental sensitivity measures should ideally be taken in more natural situations.