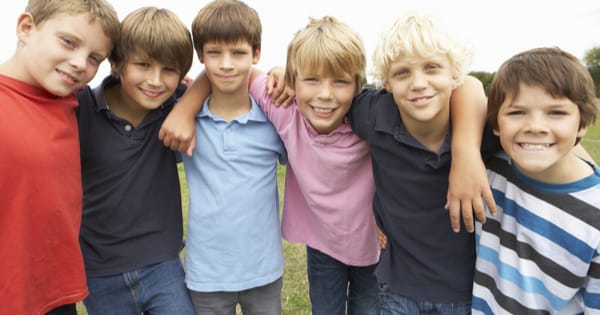 Feminism: a global concept; a vehicle for positive change; but, remarkably and somewhat unsurprisingly rare in the all-boys’ school which I attend. It seems that we are afraid of being feminists, and even when we are feminists, we are afraid of identifying ourselves as such. But why?

The word feminism carries a stigma. Teenage boys, and men too, will often typically associate feminism with other perceived ‘negative’ traits; take homosexuality for example. Feminism for males has thus become frequently attributed only to metrosexuals — or to those who are not ‘true’ men, of course. There is an absurd notion becoming disturbingly prevalent amongst today’s generation: that being a feminist and having masculinity are mutually exclusive.

In her brilliant book-length essay We Should All Be Feminists, a text which has all the merit to become compulsory reading in schools, Chimamanda Ngozi Adichie puts forth numerous further reasons for the lack of young, male feminists. The “word feminist is so heavy with…negative baggage”, she writes; “the idea of feminism itself, is…limited by stereotypes.” One such stereotype is that that feminists aim for dominance over men, trying to force their ‘radical’ ideas into existence under the guise of an equality-based movement. Indeed, derogatory phrases, such as the pejorative portmanteau ‘feminazi’, have even been entirely created (by a male, of course) in an attempt to encourage this stereotype, and more and more easily-led boys are choosing to believe it. The fundamental issue with these stereotypes is that they contradict the very definition of feminism: ‘the belief that women should be allowed the same rights, power, and opportunities as men and be treated in the same way’. If only males spent more time trying to understand the ideals of feminism than they do trying to mindlessly undermine it.

Adichie goes on to address the societal inadequacies in the traditional upbringing of boys: “We define masculinity in a very narrow way”, she states. “We teach boys to be afraid of fear, of weakness, of vulnerability.” No doubt, such notions are almost ubiquitous in any predominantly male establishment — this includes, of course, boys’ secondary schools — and these ideas only discourage boys from becoming feminists. By placing males in traditional roles of leadership and dominance from a young age, we internalize their privilege, and we generate within them a fear of equal rights for females. A vital point from Adichie reads as such: “The harder a man feels compelled to be, the weaker his ego is.”

And thus, boys speak of feminism as if it would automatically emasculate a male if he was one. We dismiss it quickly, we reject and balk at valid, credible ideas — why? Because they make us feel uncomfortable, threatened, weak — even if these emotions are subconscious and we are rationally unaware of them. The monumental pressure and fear of social change have long been opponents to achieving global feminism; when one has privilege, they inherently don’t want to give it up — and this is the root of why boys don’t want to be feminists.

Literature gives us great examples of this pressure and fear of social change that surrounds feminism. In Henrik Ibsen’s ground-breaking A Doll’s House, the protagonist Nora emancipates herself from a life as a submissive trophy wife and emerges as an independent, feminist woman — and contemporary critics were outraged. The Countess of Jersey went so far as stating in 1880 that she “did not think any actress who would appear in [one of Ibsen’s plays] could be considered a lady”. Why? Because she, even as a woman herself, had internalized sexist prejudices and thus was afraid of the loss of male dominance in society. In Bram Stoker’s quintessential, late-nineteenth-century vampire novel Dracula, Lucy Westenra is decidedly feminist through her sexual liberation, independence over her body, and implied interest in polygamy. The ideas she presented touched on far too many traditional societal anxieties, however, and Stoker has her harrowingly killed with a stake through the heart, before she is posthumously decapitated and her mouth is filled with garlic. Why? Because she represented a transformed society in which women had overt power — and this worried men.

Even in 1979, critics of Angela Carter’s astutely feminist The Bloody Chamber and Other Stories labeled it “extreme” due to the ‘threat’ put forward that women could indeed, use their intelligence to form a sort of power over the men. There seems to be an apparent trend here — that feminism is hindered because males (and even females) have internalized the fear of an upheaval of society as we know it; and thus, much of society has remained institutionally sexist and lackadaisical in its approach to feminism as a concept.

But it is boys especially who need to embrace the changes that global feminism would bring. Feminism falls under human rights; sexism is not just an issue that only women need to take a stand against— it is something that is, by its very nature, a human problem. Males are undeniably in positions of privilege that women simply don’t have; we need to use them to speak out, to remediate the discrimination and marginalization of women that is experienced every day. The privilege and platform which boys are born into display exactly why all boys should be brought up as feminists — only they have the opportunity to entirely redress the issue. “What matters even more [than changes in policy and law]”, states Adichie, “is our attitude, our mindset.”

It is clear that global feminism is only a threat to sexists, not to ordinary males. It would remove the societal privileges of males, yes, but these benefits were not earned in the first place — they were simply given; global feminism would create a fairer, more meritocratic society, and would recognize the constant hardships still being suffered by the 52% of the world population that is female, thus paving the path for equality. The only apparently ‘radical’ change would be that girls and women would enjoy the same advantages that boys already do — not so ‘radical’ at all.

It is also important to state that being a feminist has never made anyone any less of a ‘man’. It does not emasculate, invite ridicule, or as one of the most ridiculous counter-arguments reads, ‘make you gay’ (and on that front, why is it often that those who have an issue with feminism also find themselves against homosexuality?) Being both a male and a feminist simply implies insight of the privilege we hold, and empathy for our female counterparts. It is only right that we protest for equality. But considering this, we should not become feminists in the hope to make our female (or male) counterparts respect us more — or anything of the like. We should all be feminists in the same way that we should not be racist or homophobic — because it is a movement that simply strives for equality, and nothing more.

One of the most important lines in Adichie’s essay states, “Gender as it functions today is a grave injustice…We should all be angry.” And I am angry. I’m angry when female friends tell me of sexism they’ve experienced in social situations; I’m angry when I hear of sexism disrupting learning in schools; I’m angry when I read that the gender pay gap in the UK still stands at 8.9%. But I know that I have a responsibility to fight against this.

And that is why as a seventeen-year-old boy, I am unashamedly unafraid to call myself a feminist.

Full-time student, entrepreneur and founder of AYUSH Apps. I write about my experiences, or changes that I think the world needs.

Facebook428Tweet6PinEmail1Shares435
wpDiscuz
Share this ArticleLike this article? Email it to a friend!
Email sent!