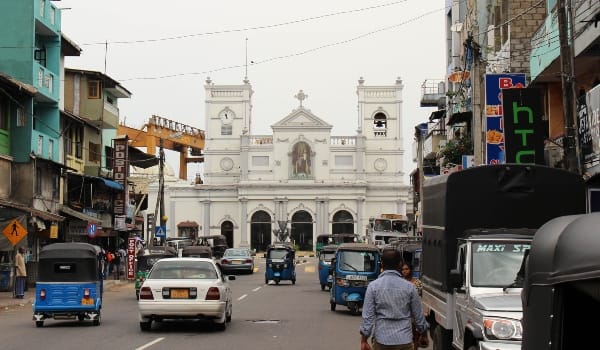 The Colombo Municipal Council recently announced that the city’s first-ever car-free day will be held on Sunday, July 14, 2019. The Council is partnering with the Embassy of the Kingdom of the Netherlands in Sri Lanka to organize the pilot event — and although many hail this environment-friendly initiative, others are debating it on social media.

Many women, for instance, said that cars afford them much-needed protection from sexual harassment. Driving allows them to avoid having to walk on the streets or take public transportation.

Street harassment is a daily reality for most women in Sri Lanka. A 2015 United Nations Population Fund (UNFPA) study found that 90 per cent of women surveyed had experienced street harassment while taking public transportation. Of these incidents, 74 per cent were physical in nature and included unwanted touching.

No, I will not support car-free Colombo. I can barely walk 100 metres without some sick pervert or inbred idiot saying something perverted or stupid to me or making some strangled sound – today’s was a meow, of all bloody sounds, a MEOW. So no, no car-free Colombo for me, thanks.

No, I will not support car-free Colombo. I can barely walk 100 metres without some sick pervert or inbred idiot saying something perverted or stupid to me or making some strangled sound – today’s was a meow, of all bloody sounds, a MEOW. So no, no car-free Colombo for me, thanks.

The traffic in the Sri Lankan capital has worsened in recent times due to the increase of motorized vehicles — including three-wheelers — on its roads. According to official figures, the total number of vehicles rose by 67 per cent to 7.2 million in 2017, from 4.8 million in 2012. In 2017, with a population of 21 million, Sri Lanka had a vehicle to person ratio of 1:3.

Some netizens lauded the move:

https://tradingeconomics.com/sri-lanka/car-registrations
The Dutch ambassador was also seen walking (or at least riding) the talk, as she traveled back from the press conference on her bicycle. According to the event organizers, people can show their support for “CarFreeCMB” by traveling on foot, bicycles, skateboards or other non-motorized means:

Dutch Ambassador Joanne Doornewaard is seen cycling back to the Embassy after a joint news conference with Colombo Mayor Rosy Senanayake today where they announced the CarfreeCMB programme to be held on July 14, 2019. pic.twitter.com/vE505vu4qQ

Re-imagine how we could use our streets if they were car-free for a morning. On 14th July from 6.00am-12.00pm, selected streets will be open exclusively to pedestrians and cyclists. Join in on foot, skateboard, bicycle or rollerblades to stay fit and eat clean. #CarFreeCMB pic.twitter.com/Qtcw0iaJgp

However, Twitter user Sanduni Hettigoda felt that the event was only scratching the surface of the issue:

There is no point having a car-free Colombo unless the state addresses the root causes of traffic and pollution. For example, they can introduce more electric charging points, reduce the prices of electric cars, give easy access to solar power.

Others questioned the efficacy of the initiative, as the car-free day applies to just a small portion of the city and affects only private vehicles:

1) why bill it as a ‘debate’ 2) #carfreecmb isn’t going to apply to public transport only to personal use cars AFAIK 3) honestly shocked how the element of class privilege/socio-economic capacity isn’t being handled properly or even acknowledged here https://t.co/2lhrqd4rdG

@Rosy_Senanayake ‘s proposed “car-free day” is not a car free day, but a day of road closures. See the map for the stretch that will be closed and how main trunk routes will be blocked forcing motorists to take longer D-tours. pic.twitter.com/kDTRWevRDE

Thought it was a great idea till I realized it was for a limited time in a limited space. #CarFreeCMB is more dangerous than sustainable as it will only result in feel good activism. Alternative- improve public transport so that more people will travel in it. https://t.co/oQblHYGYQ7

For Radha Withanachchi, though, the issues of long-term environmental benefits and women’s safety were inextricably combined:

I’m all for reducing pollution (it’s a necessity!)but #CarFreeCMB will only be a glossy one time event, until public transport & public spaces are safe for women. https://t.co/u2KmvoKYmU

Frankly unsettled by the furor to the point of being genuinely confused. Is anyone shocked that there’s sexual harassment on streets/in public transport? Are car-owning/car-driving women of colombo honestly saying they won’t give up their cars for one day? Am I missing something?

Right now, the only “transformation” in sight is in the form of the Colombo Light Rail Transit System, which will be operational by 2021 and is expected to ease a lot of the present traffic woes in the Sri Lankan capital:

I really hope #ColomboLightRail is going to minimize my 7.5 km commute which takes one and a half hours now! And massively contribute to #CarFreeCMB pic.twitter.com/KL5oGxwIak

Changing sexual harassment culture is not as straightforward.

This post was previously published on globalvoices.org and is republished here with a Creative Commons License