Get Daily Email
Join/Login CLOSE
Home / Featured Content / Why Are We So Slow to Make Our Cities More Habitable? 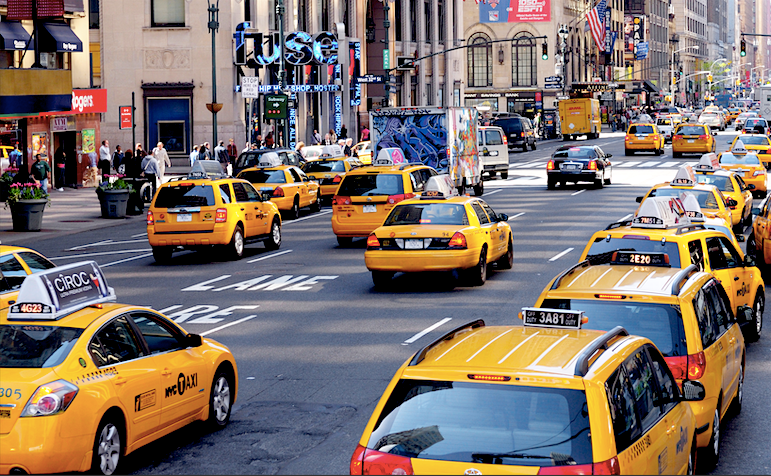 If you keep an open mind when moving around cities, it doesn’t take long to identify their many contradictions.

For example, so much gridlock is generated by circumstances that are, to a large extent, we have come accept as inevitable: taxis looking for passengers, deliveries and maintenance being carried out during at peak times, cars and lorries sharing the same lanes as vulnerable bicycles and scooters… in short, an utterly irrational use of road space.

Why do we still allow taxis to drive around, polluting the air and contributing to traffic jams as they search for passengers? In a city like Madrid, there are some 15,000 taxis on the roads, just so we can enjoy the privilege of hailing one on the street, and every time we do, we create congestion as other vehicles have wait behind or maneuver out of their way. What’s more, these taxis use up space in a bus lane. Who really benefits from this?

What would happen if bus-taxi lanes were reserved only for buses? Or if micromobility vehicles such as bicycles or scooters were allowed to use them? The reason these vehicles cannot use these lanes is mainly because of taxis: but buses are more predictable and slower, so why not keep taxis out of them?

While we’re rethinking the role of the taxi, why not limit the time they are allowed to drive around empty? Obviously, if a trip ends, for example, in an area with low demand, they should be allowed to move to a busier part of the city, but why not limit that empty travel time? And while we’re at it, how about ending the practice of flagging a taxi down and instead we all start using apps, now that we all carry smartphones? Would it really be such a sacrifice?

Street parking is another egregious misuse of public space: huge parts of our cities are filled with endless rows of vehicles which instead should be left in garages. City dwellers who want a car should pay for a garage space.

Driving around in search of a parking space on the street contributes to pollution, traffic and road rage and makes no sense in a modern city. Removing parking spaces on the street would discourage people from bringing their cars into the city, which would be a good thing. All that freed up space could also be put to other uses, notably allowing micromobility vehicles to move around safely, as well as creating specific loading and unloading areas, another activity that requires urgent regulation, including strict time frames. How often do we still see two lanes occupied by taxis, vans and lorries unloading or picking up a passenger?

Adapting our cities, particularly those that are more than a century old, to automobiles has created unsustainable and frustrating practices. Why on earth have we just accepted turning our cities into a via crucis? We have to rethink many of the privileges we have give to certain types of transportation and many of the uses we make of huge areas of public space. With education and proper planning, we could make our cities more sustainable, more reasonable places to live. It’s just a question of making the decision and being creative. There is another way.

Originally published on Medium. Reprinted with permission and under this Creative Commons License.

Check out Enrique’s book Everything Is Going to Change.