Get Daily Email
Join/Login CLOSE
Home / Featured Content / Why Do We Fall in Love with One Person and Not Another? 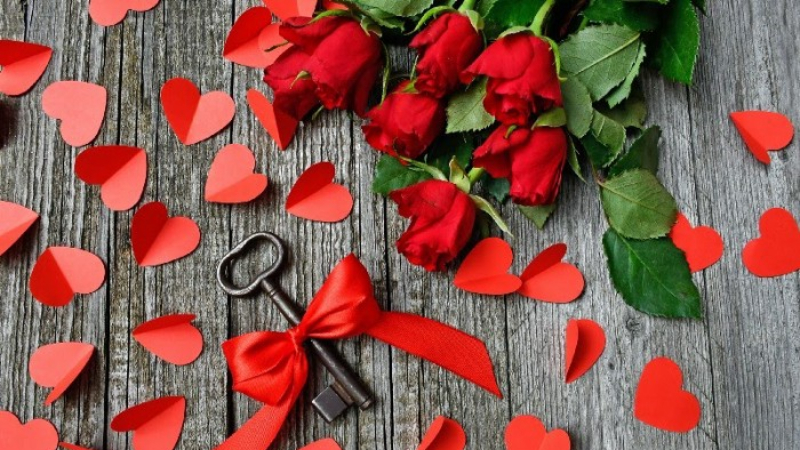 There are a lot of myths and false reasoning out there, even “love advice” But what I’m going to share to you right now is backed by research and science — bibliographical references linked at the end of the article

I won’t be boring you with the details too much & make sure that you learn and at the same time enjoy this article.

That is why in this article, I’ll be sharing:

★ What is a love drug and how it affects your body

★ The reason why we fall in love

★ Does your childhood affect your relationship?

★ How first impressions could be the only impression you could make

Having a crush on someone and liking them involves a love drug called Phenylethylamine.

I want to clarify that this is not an illegal substance wherein you inject to your crush like Cupid’s arrow.

In simple words, Phenylethylamine is produced by our body that creates an emotional response that makes a girl’s heart beats faster when they see a handsome man stroll into a cafe.

It’s what makes your hands sweat in nervousness when he is near your table. It’s also what makes your insides go all funny when he ‘accidentally’ bumps you to start a conversation.

But according to scientists, this love drug doesn’t last long. This is why an average person doesn’t like and sets her eyes on a single person but has multiple crushes (And don’t worry, having a crush on more than one guy is completely normal)

Luckily, the effect of this love drug is long enough to spark great love stories we all dream about: It’s an average one-and-a-half to three year period where you have all time the to nurture each other, invite him to your perfect honeymoon destination and settling down to have kids one day

The Reason Why We Fall In Love

Now, the reason why we fall in love with one person and not another is that the love drug is triggered by our 5 senses. For instance, it can be a scent of perfume as your potential partner passes by you or simply helps open the door whenever you enter a place.

It is as simple as a small piece of clothing or even an accessory like a necklace that could make your potential partner notice you more. A good story that I want to share with you is from the man Conrad Hilton — founder of the Hilton hotel chain. In 1924, On a Sunday morning, he noticed a lady wearing a red hat sitting five pews in front of him in church. After the services, he decided to find out the red hat lady, catching up on her as she walked down the street, in the end, Conrad married her.

Does your childhood affect your relationship?

In my case, I grew up in an Asian country. I’m situated in the Philippines so the common train of thought here is I’m attracted to women from my culture.

But your location isn’t the #1 factor. How you grow up can affect who you fall in love with. Even if I’m situated in an Asian country, If we go back 10 years ago, where Television is still popular. A lot of girls in my class followed Justin Bieber and One Direction religiously when they are shown in channels after school.

Yes, we might be located in the East, but because my country has a strong presence of Western Media, especially from the US. It could still retain to this day where a girl’s perfect soulmate is a foreigner than someone local to her home country.

Now, especially with the rise of Korean Pop Music, where they gained a devout following all over the world. A lot of female groups and even some men are devouring content and singing joyfully to the songs. Even translating the Korean culture in their present state.

This can also influence where Asian men with white skin and high jawline are the epitome of every relationship each dream girl could wish for.

Now, let’s see How First Impressions could be the only impression you could make.

The instant your potential partner lays eyes on you, that exact moment is stamped and his or her memory of you is ingrained in their hearts. I’ll borrow a story from Leil to explain the importance:

Leil has a dear friend, an older gentleman named Gerald, who is very sought after in the social scene of his hometown. He is a charming escort for several elderly ladies who long ago lost their husbands. Gerald met these women when they were all in high school together back in the late 1940’S. His women friends are inwardly beautiful; however, physically, several have gained weight and have long since lost their youthful attractiveness.

Once, at a party, Leil overheard a rude man tease Gerald about his taste in women. He was genuinely confused at the tactless remark.

“But they are all beautiful!” Gerald exclaimed. He reached into his wallet and pulled out an old, dog-eared black-and-white photograph of his high school homecoming queen and her court.

“See?” Gerald said to the man. Two of the three ladies he was currently escorting were in the photo. One of them was the homecoming queen. To this day, Gerald sees his lady friends as beautiful as they were back in 1948. Such is the power of first impressions.

Now we have tackled what’s the reason why you choose one person over another. How your childhood can affect your preference in choosing which person you might like and overall, how the first impression is the game we are all constantly playing

So what’s the impact on this now? For men, choosing what type of hat to wear or even the type of shoes can either make or break your hopeful relationship. For women, not showing simple eye contact when he decides to start a conversation with you can cause him to avoid you altogether during that social event

A Note from the Author

By no means do I claim to be an expert at love. This is why like some of you, I have devoured hundreds of books, blogs, YouTube videos, and other resources on the internet to learn about this. And I’ll be distilling that countless haphazard information in a simple written article where my readers could easily understand.

A Brand Journalist & Storyteller. Besides writing articles with Fortune 1000 companies, I’m on a journey towards Personal Development.