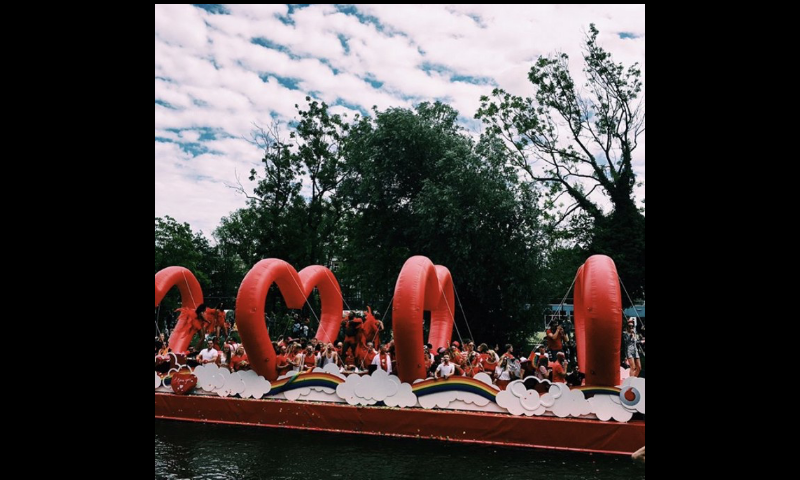 Despite how difficult it can be coming out of the closet, it is commonly said that one feels a great relief after it’s done. Like a weight being lifted off your shoulders. For me, I don’t feel that I truly came out until I fell in love.

I suffered for years fighting against the recurring feeling that I was attracted to the same sex. After coming to the realisation that I was gay, I still was not ready to tell anyone. Instead, I continued to kiss girls in nightclubs and dodge the questioning of which girl I liked at the time or why I didn’t have a girlfriend.

When I was eighteen, I woke up one day and decided I had to tell at least my close friends and family…but some time… soon..ish. The feeling snowballed over the day until I was sitting on the couch and thought, if I want to do it soon, then why not do it right now? I subsequently told my whole family and my closest handful of friends. I felt to some extent relieved. On the other hand, I felt nervous and scared of what I’d done and what was to come.

Over the next year or so, I started to tell more people, or they just found out naturally. I drew back from my friends from school and gravitated towards a different group with whom I felt more comfortable. Meeting new people, I would reluctantly share my sexuality. I always found it strange to tell people.

Why should I have to make a statement about my sexuality when nothing had really changed anyway; I was not ready to go on the dating scene, nor experiment, and I was more depressed than ever. I was attending regular therapy sessions and taking heavy antidepressants. Therapy did little to help; I was not ready to help myself. Looking back on it, I thought everything had been wrong in my life, but really, I only had one problem affecting my whole view of the world and how I fitted into it. I had not yet accepted who I was.

After finishing studying, I decided I needed to get away. It started with a gap year, three months in Europe. When my holiday finished, I decided to stay in Germany. Being able to start again, start afresh, was a life-changing decision for me. I was able to be more open. I made a promise to myself that; I would never hide myself again. I would be open about my sexuality and who I was. I had spent too long hiding myself and being unhappy.

By this time, I was sexually active, but had not found anyone that I would like to spend longer than a few days with. I was more open with my sexuality but it was still hard. I would often avoid certain questions and just hope that the conversation would never go in that direction. My promise to myself was not going 100% as planned.

This was until I met my now boyfriend of two years. After almost standing him up on the first date, we met and were with each other the whole night. We subsequently met each other every day for weeks. It was the first time I’d fallen in love and for weeks, I could hardly eat due to such intense feelings, I was living off “love and air” as my Uncle put it.

I grew to love him so much. We held hands and kissed on the street and, despite slurs being yelled out at us of passing cars, I didn’t care. I just thought, how sad it was for them. Since being with him, I have become proud to be gay, because I am proud to be his partner. I felt like I was the first person to ever fall in love, to feel a love that was so intense, a love that completed me. Since meeting him, I am happy to tell anyone about my sexuality and tell them as soon as it comes up. I don’t try and dodge the questions, or pretend I am something else.

Looking back on it, I feel I only ever came halfway out of the closet, or at least, I went back into it occasionally. I suppose this illustrates that everyone’s story is different and that it often takes time. At the age of twenty-three, I am not only proud to be gay but also ready to fight for others. One generation ago, my aunty took beatings for her sexuality in order to pave a future for my generation. Now, I can get married and walk down the street without fear for my life. Just as she did, I am ready to fight for the next generation, so that they have the freedom to be who they are without social, legal or political discrimination. I owe it to my Aunties to fight and honour their struggles, honour their pain.

Writing about the world and how I fit into it. Student of Science. Lover of languages and literature. Living in Germany.