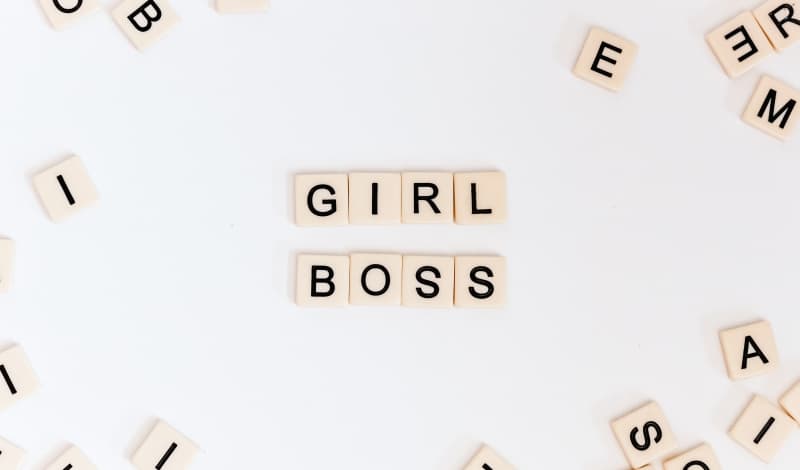 I heard sentences like that from men throughout my career in media. Sentences so harmless from the outside, but so impactful between the lines. Men are in charge — whereas women need to quietly smile and not bother the “big boss.” My male colleagues never saw the real problems caused by their nonchalant way of making me feel small. They were on a pedestal while I was trying to find a way to prove my skills without being judged by my outer appearance — or facial expressions.

Talking only made things worse. Some of the flabbergasting responses I got after addressing my issues were: “I’m not a sexist. I just want to help you. Don’t be such a hypocrite.” My female colleagues, on the other hand, felt the toxic masculinity that was floating around the office building in Berlin. They all knew it wasn’t funny when 15 men sat in a conference room laughing and rating female celebrities based on their bodies and bra sizes, while four women stared at the table with their eyes wide open, but their mouths shut.

What angered me the most in situations like that was the feeling of divisiveness. It appeared as if we were speaking two different languages — men and women. It made me furious to see how men took their positions for granted while most women were walking on eggshells to keep their jobs and not be put into categories like “the drama queen.” But deep inside I knew that in order to resolve the problems — men had to be involved. Gender equality is not a one-way street. It’s not something only women have to fight for.

In the US, while women make up 58% of the workforce, they are drastically outnumbered by men when it comes to leadership positions. In a 2019 “Fortune 500” list, only 33 of the highest-grossing US companies were led by female CEOs. That’s 6.6 percent — SIX. POINT. SIX! These numbers prove that men have to be involved — they need to actively participate in order to change that horrendous percentage.

In Los Angeles, I met Anthony Recenello, a 35-year-old Dating Coach, who also created a blog called “Beautiful Army.” The name of the blog is a metaphor for the powerful strength within all women, as Anthony told me. We met up on a sunny day in Marina Del Rey. The birds were chirping while we overlooked the boats in the Marina, sitting on a bench. With a soft voice, he told me that he doesn’t want to just lecture men on their “bad behavior,” but rather create a space for open dialogue: “Beautiful Army is a place where, for once, men and women can put down the knives and armor and be themselves with each other.”

I was intrigued to find out what it was all about because I never met a man who actively acknowledged and tried to find ways to overcome toxic masculinity. His blog covers “everyday original stories and perspectives on women’s rights and feminism.” In order to cover those stories and shed some light on their individualities, Anthony regularly wanders through different New York and L.A. neighborhoods and talks to women of all ages and backgrounds.

On his blog, Anthony writes: “My purpose for Beautiful Army is simple: I want to show people the behind-the-scenes of women’s lives. I want you to look in the face of the women who you might objectify, discourage, discriminate, or take advantage of. I can’t be more appreciative of the experiences that women tell me every day. I don’t think they do it because they want to piss us off or make us feel guilty. I think they do it because they want to have better relationships with us.”

While sitting next to him, I asked: “What made you want to start the blog “Beautiful Army?” Anthony smiled and replied in all honesty: “I was ignorant like most men are towards women’s experiences. But living in New York for six years enabled me to learn more and open my eyes. That’s when I started to think about how interesting it would be to straight up ask women about their individual experiences. It’s sometimes hard to relate because it literally is so far out of a man’s reality, as men don’t encounter these experiences whatsoever. And because we don’t encounter them or see them, we don’t really believe that they’re there.” The 35-year-old continued: “It’s very hard for men to understand without looking at a woman’s face and hearing her story, so I just thought it would be a really good idea to start this blog.”

Anthony then told me about all the different stories women told him. “How did it feel to hear all of that?,” I asked. “It was interesting to see how a person quickly goes from a stranger to somebody that you really care for and feel sympathy for. For instance, I interviewed a black woman on a bus. She said: ‘You know, all people see is my color but they don’t see the person inside’.” Anthony recalled a similar conversation he had with a woman he approached in Venice Beach. She told him: “It’s triple hard for me because my body’s marked up and then I’m black and then I’m a woman. They tend to think that I’m lesser. So anything I do: School, job — I make sure that I go above and beyond in my job just so that I’m not stereotyped and put in a box.”

Additionally, while talking to Anthony for an hour, the stories about women’s harassment at their workplaces reoccurred. One woman, for example, opened up to him about losing her job: “The company I worked for had recently gone through some troubles, and I was trying to smooth it over by proposing team-building. I was asked to create a 45-minute presentation on why this is valuable and then I had to list why I’m credible to do this. At the end of the presentation, the two head males on the board both said: ‘This is a total waste. It’s not worth our time.’ I left pretty upset and two days later, I was let-go without any reason. This year I came to find out there was a man in the company who actually proposed the same exact thing, and everybody jumped on board right away. This person didn’t have to provide any sort of credentials. There’s really no other explanation than — he was a man.”

Hearing all those disheartening experiences and accounts made me realize that it’s a universal problem — nothing that only occurs at work, in Germany, America, or elsewhere. It’s everywhere and it needs to be changed. Before saying goodbye, I asked one last question: “What’s your hope for the future when it comes to the relationship between men and women?” He took a deep breath. After what felt like a minute, he answered with a dark sounding voice: “That men see women as people and not just objects that have very basic needs; that they’re humans who have complex feelings and thoughts and wants just like men do; and that people can’t be just categorized and simplified into basic raw kinds of instincts.”

Growing up in Southern Germany, I have always had a passion for creating and writing compelling stories. My personal goal to become a writer and journalist only grew the older I got. After moving to Berlin, I got a glimpse of the entertainment world and realized that it was not only my guilty pleasure to know what was going on in and around Hollywood.

Being an intern at a movie production company, I fell in love with the craft of acting and wanted to dig deeper—as a journalist. My next step? Brought me to Bangkok. My first time in Asia—all by myself at the age of 18. There, I interned at a German TV network, covering everything from politics to human interest stories. It not only made me grow as a person, but my time in Thailand also showed me the beautiful variety of being a journalist.

Afterward, I moved back to Berlin and began a new journey—as an entertainment journalist. Writing for one of the biggest daily newspapers, I was able to interview celebrities such as Keanu Reeves, Bradley Cooper, Kendall Jenner, Patricia Arquette, or Antonio Banderas. Now, at the age of 25, I am based in Los Angeles—covering movie premieres, junkets, and major events like the Academy Awards, Golden Globes, or Cannes Film Festival.