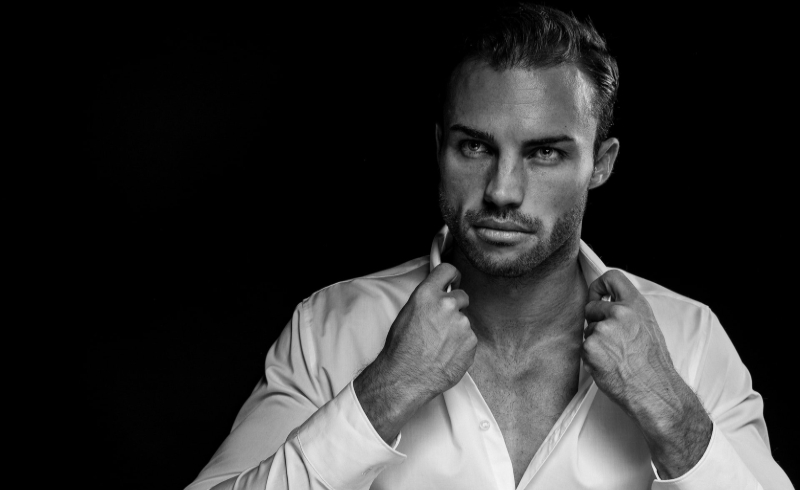 No one living today will ever forget the 8 minute and 46-second murder of George Floyd as he gasped, “I can’t breathe.” Nor will we ever forget the world-wide impact of Covid-19 on our lives, particularly on the lives of men. As of today, there have been 436,297 reported deaths due to Covid-19 and 117,883 deaths in the U.S. Numerous studies have shown that men are more likely to die when infected by the virus than are women. In fact, men are more than twice as likely to die of COVID-19 than women, regardless of age, according to a recent study in Frontiers in Public Health.

David Dr. David Gremillion of the Men’s Health Network (MHN) says, “There’s a silent health crisis in America that impacts men and their families.” Traditionally, men have been less likely than women to focus on their health. But that is changing. A new survey just reported by MHN shows that 90% of men in the U.S. want to take charge of their own health. The survey results also indicate the significance of sexual health to men today, with nearly 1 in 3 men (30%) saying sexual health is one of the most important elements of their overall health and wellness.

If we could improve the health of men, we would not only help millions of men, but we would improve the lives of women and children as well. Too many families are damaged when men become sick or die prematurely. “Over 375,000 lives would be saved in a single year in the U.S. alone if men’s risk of dying was as low as women’s,” says University of Michigan researcher, Daniel J. Kruger, PhD. “Being male is now the single largest demographic factor for early death,” says Kruger’s colleague, Randolph M. Nesse, MD.

Dr. Nesse goes on to make this startling observation:

“If you could make male mortality rates the same as female rates, you would do more good than curing cancer.”

When I became concerned about health issues in the 1960s, there was very little focus on men, though there was increasing attention on women’s health. When our son, Jemal, was born on November 21, 1969, I made a vow that I would be a different kind of father than my father was able to be for me and do everything I could to bring about a world where men’s health and women’s health could improve together.

That original partnership with my newborn son was the beginning of my men’s health practice and the founding of my company, MenAlive. Over the years I tackled many men’s health issues and wrote books including The Warrior’s Journey Home: Healing Men, Healing the Planet; Male Menopause; Surviving Male Menopause: A Guide for Women and Men; The Whole Man Program: Reinvigorating Your Body, Mind and Spirit After 40; The Irritable Male Syndrome: Understanding and Managing the 4 Key Causes of Depression and Aggression; Stress Relief for Men; and 12 Rules for Good Men.

In the last fifty years, I have developed a world-wide following and expertise in men’s health. I’ve been approached by many companies who wanted to partner with MenAlive, but I never have agreed to do so…Until now.

For the first time since MenAlive was formed fifty years ago, I’ve found a partner I believe shares my long-term commitment to men’s health. The company’s name is Flomentum Health. I met Bill Donovan, the senior vice-president, a few months ago. Bill has well over two decades of business success and an interest in men’s health. His mission is to enhance men’s health by creating trusted brands that are backed by science, recommended by doctors, and made to the highest quality standards. Flomentum Health is on mission to ensure men are served well.

When Bill first reached out to me, I was impressed with his openness and willingness to share about himself, his dreams, and his company. The company’s new product is made from the oil extract of wild-harvested saw palmetto (Serenoa repens) berries. I knew about saw palmetto and had written about it my 1997, international best-seller, Male Menopause.

In the book, I quoted health expert Andrew Weil who said, “After age fifty, most men begin to develop an enlarged prostate, a condition called benign prostatic hypertrophy (BPH). As the gland enlarges, it squeezes the urethra, often causing increased urinary frequency, a weak flow, and difficulty getting started.”

The urinary symptoms associated with an enlarged prostate can significantly reduce a man’s quality of life and be a source of frustration, and sometimes embarrassment. One of the most bothersome symptoms is frequent night-time urination which can disrupt healthy sleep and lead to daily impacts like fatigue, irritability, and even a decline in his sex life.

Most men know they have a prostate, but few know what it actually does. One study showed that only 1 out of 4 men know the answer. And it is an answer that is important to all of us. In simplest terms, the prostate is a male sex organ. It creates ingredients in semen, nourishes and protects sperm, and helps expel semen during ejaculation. Maintaining a healthy prostate is in all men’s interest.

Fortunately, there is a rich body of evidence from around the world showing that saw palmetto oil extract can help a man’s urinary and prostate health. It is extracted from the berries of the saw palmetto plant, Serenoa repens, which is native to the Southeast United States. The majority of the annual crop is shipped to Europe where it is sold as an herbal prescription medicine based on numerous studies showing effectiveness in men.

Saw palmetto isn’t going to save men’s lives, but as a man over 50 I can tell you that healing our prostate problems can definitely improve the quality of life for men. As I write this, I’m reminded that June is men’s health month and the week leading up to Father’s Day is men’s health week. I think this is a wonderful time to announce a new partnership for men’s health.

For those who share our commitment to men’s health and want to join with us to help men live long and well, I’d like to offer a free gift, Promundo’s State of the World’s Fathers: Unlocking the Power of Men’s Care. Simply send me an email and put “Fathers” in the subject line.