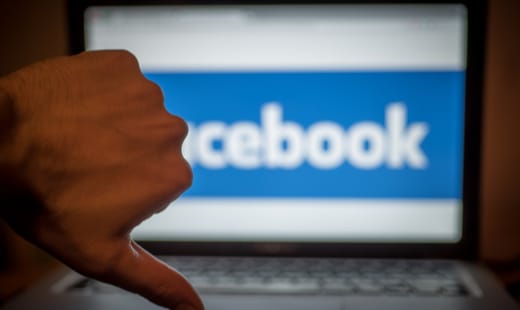 How many times have you read on Facebook that politics should be something people keep to themselves? You know what I’m talking about, right?

Said in a smug voice:

Distilled to its essence, the idea seems to be that politics are so volatile that people ought to just stick to cat videos and keep their opinions to themselves. In addition to its being unseemly, as a tactic, partisan bickering in the virtual public square is pointless. Advocacy doesn’t change anything, and it’s really noisy.

“I get on Facebook to keep up with friends and family and to share the occasional update about my totally jealousy-inducing vacation/job promotion/parenting triumph. Politics are messy and conflicted. I like my leisure time consumed with leisure, not your stupid convictions. So, do us all a favor and just shut up!”

But regardless of whether or not social media advocacy is effective in changing people’s minds, what I find interesting about the casual dismissal of online political activism is who’s most prone to doing the dismissing. Have you ever noticed what kinds of people are the most contemptuous of politics on Facebook?

Generally speaking, people who can sneer about political appeals on social media as never really changing anything are people who are comfortably certain that nothing will (or even needs to) change enough to affect them. That’s some privilege right there. Turns out, people annoyed by politics on Facebook are usually people who have a stake in things staying the way they are — without even being conscious that “the way things are” almost always leaves somebody on the outside looking in.

It’s easy to be disdainful of low-rent political musings on social media when you’re totally convinced that things are pretty great for you and for people like you. Unconsciously, you realize that if the rabble these political posters are rousing comes to pass, things could get uncomfortable faster than you can say, “new haircut selfie.” Consequently, if you can keep the hoi polloi quiet, things have a better chance of staying just the way they are.

But what if you happen to be among that group of folks for whom keeping things “just the way they are” is bad news?

• What if it’s your son out playing with a toy gun when the police pull up?

• What if it’s your dad on the losing end of a police choke hold?

• What if it’s your daughter who wandered up to the wrong room during a frat party?

• What if it’s your mom who works 60 hours a week and still can’t afford rent and electricity?

• What if it’s your co-worker who has to sit quietly every day and hear how his religion is the biggest threat to our security, and how it ought to be grounds for another insanely intrusive and demeaning layer of scrutiny for him and his family?

• What if it’s your daughter who—because she was born wrapped in a blue receiving blanket—gets beat up for going into the wrong bathroom?

• What if it’s your grandmother who has to choose between her diabetes medication and groceries for the week?

• What if it’s your neighborhood where mothers lay awake at night paralyzed by the fear of stray bullets and discarded crack vials?

• What if it’s your babies who lie bullet-riddled in their first grade classroom because “the-Constitution-guarantees-the-right-for-any-psychopath-with-a-few-extra-bucks-in-his-pocket-to-own-an-  assault-rifle?”

• What if it’s your best friend who got fired for being legally married to another woman?

• What if it’s your city dispensing poisoned water to its citizens?

• What if it’s your grandfather, who fought in WWII and worked the same job for forty-five years, who can’t vote, now, because he doesn’t have a driver’s license anymore?

For people whose worlds aren’t safe or livable, “just the way they are,” politics isn’t an annoying thing you get to scroll past when your Uncle Ed’s posting too many “Take Back America” memes. For some people, politics is the only hope that the world everybody else is so satisfied with has a possibility of getting better; and they feel like social media is the only way they can get the word out.

I’m afraid most folks don’t realize the kind of privilege it takes to be able to say to someone for whom the status quo doesn’t work, “Don’t you understand how obnoxious it is when you shove your politics in my face all the time?”

Do you even know how that sounds? It’s like saying, “I know your kid’s drowning, but do you have to harp on it every…single…day? Some of us have vacation photos to share.”

If you’re a person of faith, how do you so casually dismiss people who cry out for help?

If you believe in the divine, how do you look your virtual friends in their virtual faces and tell them that if they’d just hush for a bit they’d realize that the world is actually a great place, regardless of everyone else’s momentary trifles?

I mean, you can say it, but you should at least know how you sound when you do.

A version of this post was previously published at HuffPost and is republished here with permission from the author.
—
RSVP for Political Activism Calls
–

Derek, I think political activism is very important,. I am actually a person who stays away from Politics on Facebook at all costs. And yes, I have privilege for sure. Tall, white, male. But I absolutely don’t think things don’t need to change, The socioeconomic reality of race and wealth in this country is a great example. There is way too much of a divide. However, I have seen NO evidence that social media is the answer. In fact, this last election being an example, it is being used to control behavior. There is a book out there called “The… Read more »

wondered aloud that is.

Facebook75Tweet3Pin1EmailShares79
wpDiscuz
Share this ArticleLike this article? Email it to a friend!
Email sent!