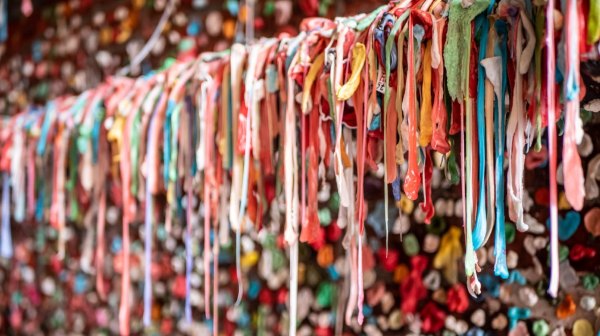 “You are what you do, not what you say you’ll do.” ~Carl Jung

Most of us have probably been there. And, if you haven’t been there at least once in your life, consider yourself among the lucky few. For the rest of us, we’ve probably had one ex where we had a tough time washing their residue off of ourselves.

While this article is about those of us who have struggled to shake off a toxic relationship, I want to set the stage on how this cycle can begin. This situation probably didn’t start with you. Chances are, your relationship was a continuation of what they likely learned earlier in life and what is probably being done now out of habit. More often than not, these kind of habits are learned in childhood or adolescence, and often by watching their parents or other family members engaging in the same behavior.

For example, a child may have witnessed their mom or other family member receiving “benefits” from using relationships to get bills paid, for upward mobility, popularity, or other “perks” of opportunism. What a child may now be learning is how to use others for their own gains. For a young kid witnessing a relative engaging in this behavior, the message being taught is that relationships are about opportunity, not love, which can set the stage for how they view relationships later in life.

However, the end result is always the same no matter where or how it started: a cycle of idealization, devaluation and discard based on unmet need or self-preservation.

For any partner who got tangled up in a toxic relationship, two of the biggest reasons we may be stuck and unable to move on: idealization and the trauma bond.

How Idealization Hooks You

Idealization is a toxic cocktail some use to “hook” partners. Instead of authenticity, there is usually a tidal wave of adoration, “lovebombing”, and compliments coming so fast and furious it makes your head spin. They may tell you the best time of their life has been with you by their side. They may call you a king or a queen they “adore”. They may tell you they love you dozens of times throughout the day. They may get down on their knees and promise you the world, the “fairy-tale” ending.

As outrageous as some lovebombing idealizations sound, the needier a person is, the more easily they can fall victim to idealization and get hooked.

If you’re like most, you may have been suspicious of their idealizations at first. And, rightfully so. After all, how many people honestly walk around telling their partner they love them every-hour-on-the-hour?

And, if you’re like many, you may even call your partner out and start questioning things.

The problem is, they’ll likely change up their game in order to keep the game in play — making red flags tougher to spot. If you ask them why they tell you they love you so often, they may now withhold compliments or make a mental note to tell you less often that they love you.

Or, they may try out a new compliment or switch it up to being more supportive with chores, or showering you with gifts, or with paying bills…to keep you hooked.

The Trauma Bond Hooks You Deeper

The trauma bond is the most challenging part of purging a toxic relationship because of your emotional investment. Adding insult to injury is the fact you may now be in the beginning stages of grief, and are having to accept that the relationship is toxic.

This powerful and toxic mixture is how the hook sinks in deeper, creating a traumatic bond that is often impossible to break without professional help.

If you try speaking to your partner, they usually deny everything or say it’s all in your head. If you provide evidence (receipts, etc.) they will ignore you and go ghost. The more you take chase trying to reason with the unreasonable, the faster they run and smear you.

Here is the final hoorah of the toxic relationship and where they usually “go ghost” after a history of cheating. A formal and adult parting of ways doesn’t happen; no explanation, and no goodbye offered.

This is the final nail in the coffin confirming you got tangled up in a toxic relationship.

If you’re lucky, when they leave, they’re gone for good. However, not everyone is so lucky and some continue a push-pull situation complete with shorter idealizations, longer devaluations, more cheating, and more discards each time the cycle plays out.

Processing and purging are the most challenging parts of the trauma bond and why many get stuck in the process.

No, you’re not stuck because you miss them.

No, you’re not stuck because you love them.

And, you’re not stuck because you want them back.

You’re stuck on the idea of them.

It’s easy to get stuck on the idea of who they pretended to be by checking off every need you had on your checklist: to feel safe, secure, and loved, becoming the “perfect partner” who showered you with love and affection. But, if it’s toxic, showering you with these is based on opportunity, not love.

It’s easy to get stuck believing they were trustworthy or protective of you if they acted like a superhero rescuing you from a boring or unfulfilling life. Maybe they made you feel valued or safe when you were unable to feel safe or secure in other relationships. But, if it’s toxic, protective is code for control, not love.

Perhaps you’re stuck on how they seemed to know exactly what to say to you at the perfect time and always when you needed to hear it. But, if it’s toxic, they’re reading you and instinctively knowing what your needs are in order to get their needs met — If it’s toxic, it’s manipulation, not love.

It’s easy to get hooked on the idea of someone saying all the right things. But, it’s not about what a person says. It’s about what they do.

Overvaluing and Minimizing. This is probably one of the biggest predictors of why people pine over a toxic relationship that ended. When this happens, you’re giving too much value to the “good times” in the relationship — idealizing them as some “savior” who filled an emotional void in you, or patched up your basic needs (safety, belonging, esteem) by pretending to hand you everything on a silver platter that others before them probably didn’t do, or didn’t do with any consistency.

This is enough to make anyone stuck in a toxic trauma bond.

However, by overvaluing them, you’re placing your ex on the same pedestal they likely had you on at one time. The difference is that you may be seeing them as somehow better than you, or that you were “deserving” of their abandonment or abuse…again, all part of the trauma bond and misbeliefs you were fed during “discard”.

Look at the pattern — toxic relationships begin with one partner lovebombing the hell out of the other partner, who later winds up overvaluing the ex who just “ghosted” and discarded them.

This is the dynamic of a toxic relationship.

If a partner “goes ghost” it’s to leave you hanging, to leave you pining over them and stuck rehashing the “good times” (the lovebombing) because they don’t want you to forget them, even though they abandoned the relationship.

…which makes it that much more enticing to purge this situation and to forget them.

On the flip-side, minimizing the situation also happens. Here is where you may have rationalized their indifference as to why the relationship unraveled. You may have dismissed their cheating or looked for excuses to deny it. You may have ignored them as they told you one thing while doing its opposite. You may have pinned everything as your fault, while giving them a hall pass. You may have looked at their silent treatment as somehow deserving of it or undeserving of them.

According to Campbell, et al. (2002) humanistic psychologists like Carl Rogers and Abraham Maslow argue that people who have a healthy view of themselves (authentic self-love) are less likely to get involved in narcissistic relationships, perhaps driving the point home for anyone who has experienced a toxic relationship to fully heal themselves — to purge the trauma bond and everything it stands for including overvaluing and minimizing.

Campbell et al. (2002) further go on to say that partners who see “love” based on game-playing or opportunity, have six times higher incidences of cheating among those who reported as narcissistic compared to those reporting as non-narcissistic (24% versus 4%). Other “game playing” situations commonly included the use of deception, or those who use relationships to fill their own agenda based on need, status, power, or sex.

It’s “Safe”. Another reason you may be stuck moving past a toxic relationship is because, ironically, it’s “safe”. What I am referring to when I say “safe” are those who have experienced a toxic partner and may be afraid of getting involved with another toxic person, so harping on toxic memories is less of a risk than another toxic relationship. Unfortunately, what this does is continues keeping you on the hook while they likely replaced and forgot about you pretty quickly.

It’s not “safe” staying stuck — whether it’s about holding out hope that they somehow had an epiphany and changed, or whether they’re getting the help they said they wanted, or (insert excuse here).

The fact is, if there’s a habit in place, it’s still in place unless they’ve taken the time, the investment and the necessary steps to be alone and heal themselves.

Many of us have experienced toxic relationships. I wrote this to let you know that whatever you may be feeling or experiencing, you’re not alone and that my hope is that you recognize your amazing value and worth.

I’m not saying to run out and call your ex or send them a text. Yeah, please don’t do that. But, I am saying to take a few moments to think about what that toxic situation taught you — the lessons. Take a few moments to acknowledge them for showing you what love isn’t, because if it wasn’t for them, you wouldn’t now be aware that you deserve someone who’s emotionally healthy and available, loyal, faithful and present for you.

I promise you, once you have taken the time to purge this situation, to heal your inner child and your pain, you’re released…you’re off the hook…you’re free.