Get Daily Email
Join/Login CLOSE
Home / Featured Content / Without Focus and Follow-Through, You May Be Just Spinning Your Wheels 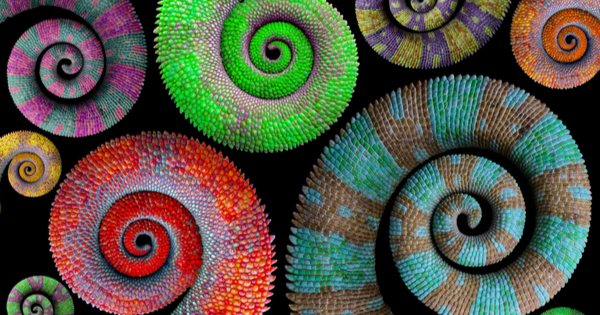 Once upon a time there was a chameleon. It’s owner, to keep it warm, placed it on a piece of scotch plaid. It died of exhaustion.

I was at a traffic safety conference years ago and one of the speakers was a 19-year-old by the name of Darin Wood. Darin had been an outstanding hockey player until a horrific car crash had changed that two years earlier. He was in a wheelchair at the conference and will be for life.

The vehicle he was a passenger in was going 160km/hr when it went over train tracks and careened out of control. It rolled over several times and Darin was thrown through the front window, landing dozens of feet away from the car. It was a miracle he survived.

What struck me most about Darin’s presentation was his focus. He told us how, weeks after his crash, he was sent to a rehabilitation centre and the first thing he asked his doctor was: “Where’s my plan? What are my daily, weekly and monthly goals? We need a strategy to get me out of here…because I AM going to grad.”

I turned to the woman sitting next to me in the conference room and whispered, “How the heck can a 19-year-old kid be so focused?”

“Oh,” she said, matter-of-factly, “that’s because of his sports background. He understands the importance of setting goals and working hard to achieve them. Why would it be any different now that he’s in a wheelchair?”

I do know how to set goals and achieve them. It took me eight years to get my first book, A Widow’s Awakening, done—but it did get done.

However, in the years following the release of the book in September 2008, I found myself running around like a chicken with my head cut off, dashing from book signing to book signing to media interviews to the hospital to visit my mom, to her apartment to feed her cat, to one social engagement or business meeting to another, then home again to care for my own dogs, home and garden.

My phone rang constantly. I fell further and further behind on the basic administration tasks necessary to run my company properly, never mind the impact on my health and body.

Was that, I asked myself, how I wanted to run my business? My life?

So I took a lesson from Darin and tried to get back to the basics of setting daily, weekly and monthly goals for myself and—what a concept—actually focusing on achieving them.

But I’ll be honest: it was a constant struggle trying to stay focused in my hometown of Calgary because there were, literally, dozens of people pulling me in different directions…despite my best attempts to set—and enforce—boundaries.

Whenever I caught myself saying yes to yet another demand on my time, or allowing myself to be distracted, or procrastinating on an important task—such as moving the next writing project forward—I thought of Darin struggling to regain the use of his arms or preparing for his next presentation to school kids about the dangers of speeding and I reminded myself about what’s really important…to me.

For without focus and follow-through, I was just spinning my wheels.

Eventually the time came, in 2010, when I moved away from Calgary and started the next chapter of my life in a different part of the country. It was a wise move.

5 Tips to Help You Stay Focused

#1) Start the day with silence. Focus on your breathing and let all other thoughts go. This can set the tone for the day…calm versus chaotic.

#2) Plan your day. Choose the tasks you must get done. The fewer the better.

#3) Determine the most important task to accomplish—and get that done FIRST, if possible.

#4) Focus on one task until completion, or until the allotted time is up.

At the end of each day, I ask myself: “Did I do my best? Did I enjoy the day? Were my tasks done with love?”

If I can answer yes to all three questions, then I know I’m not spinning my wheels…I am moving in the right direction, even if it is very slowly at times.