Get Daily Email
Join/Login CLOSE
Home / Featured Content / Women in the Un Climate Negotiations: Are We Tipping the Balance? 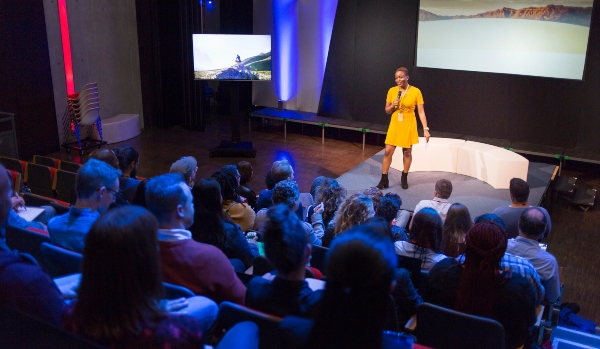 By Brianna Craft and Samantha McCraine

But what’s the balance between women and men like in the forum responsible for deciding how the world tackles climate change?

Women and men experience the risks and burdens of climate change differently and thus must have equal footing in policy spaces. In our trainings, we strive for gender balance in the hope that women and men will have the same opportunity to shape international decisions about climate change.

So how are we doing?

The state of balance

First, some context. The UN climate negotiations have been running for 21 years – convening at least two sessions across the world per year. Since 2012, the United Nations Framework Convention on Climate Change (UNFCCC) has tracked the numbers of men and women participating in these negotiations.

The UNFCCC figures show that compared to other global decision-making bodies, its gender balance sits well ahead of national leadership. In 2017, 13% of heads of government and state were women (PDF). In that same year, of those leading country delegations to the UN climate negotiations, approximately 27% were women. Overall, women represented 37% of all the country delegates (PDF) present at the UNFCCC.

The officials we train are primarily from the least developed countries (LDCs). The 47 LDCs are especially vulnerable to climate change, have done the least to cause it and often lack the resources and capacity to adapt to its impacts.

As a group, the LDCs lag behind others in achieving gender balance in their delegations. However, some LDCs, such as Angola, Kiribati and Lesotho, have sent gender-equal delegations to the UN climate negotiations at least twice (PDF).

How are we doing?

From 2016-18, we organised nine regional workshops. Our examination of gender balance started there: did we train an equal number of men and women?

We found that we haven’t, but we are close. Each year we attract more participants to our workshops and so far have achieved an average ratio of 43% women to 57% men.

But equipping delegates with the skills they need to participate in the UN climate negotiations is just half the story. We also wanted to see how many of our participants, having been trained, were put forward to represent their country at the international negotiations. Were the rates different for men and women?

We scoured UNFCCC attendance lists and found that about half of those we had trained – 41 women (51%) and 54 men (51%) – made it to a negotiating session during that timeframe. Given our starting pool of 80 women and 105 men, it was almost equally likely that the women and men we trained would attend the negotiations at least once.

Echoed by this year’s International Women’s Day theme, gender balance among international decision makers is a critical element of shaping effective climate policy; but it’s just one step toward equality on the ground. Getting equal representation, engagement and influence needs more than a balanced head count.

Ensuring (equal) consideration of women’s needs will require participation and leadership of women across different scales of decision-making forums, from the local to global. This can stimulate processes of learning among women and ensure that progress percolates throughout different strata of climate governance.

There must also be greater attention to who participates, as well as how. Not every woman can represent any woman: a well-off, well-educated woman may not be able to capture the perspectives of a woman from a poor and marginalised area.

Simply getting women into the negotiations does not ensure that they will be active in discussions, plenaries or panels.

Nor does female participation ensure that women’s issues will be listened to: a number of observers at COP24 in Katowice noted that while Gender Day put gender concerns to the table, not many men showed up to listen.

So what’s next for us? We will encourage countries to send an even number of women and men to our training workshops, and to attend the climate negotiations. To support this, we have begun issuing workshop certificates, describing the knowledge and skills acquired – these help make the case for a place on the UNFCCC delegation.

We will also seek to better understand how the men and women we train engage in the process of international climate decision making. We’ll track who follows which issue: do women negotiate on gender issues, while men follow finance discussions? And by broadening a mentoring programme that pairs junior LDC negotiators with senior members of the Group, we are working to best support those representing the most vulnerable.

A version of this post was previously published on iied.org and is republished here with a Creative Commons License.