Get Daily Email
Join/Login CLOSE
Home / Featured Content / Women, wildlife and the workings of the CBD 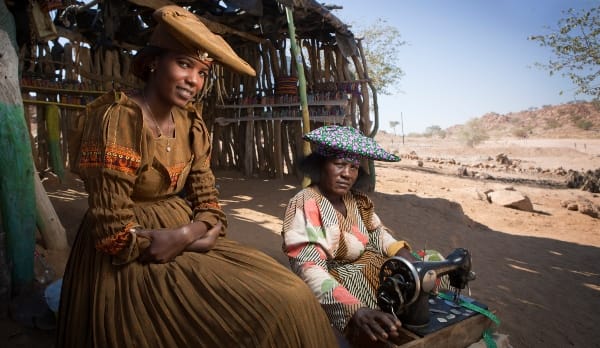 One key decision to be taken over the next two weeks at the UN Biodiversity conference is whether to adopt new guidance on sustainable wildlife management. These are practices that sustain populations and habitats of wildlife while simultaneously supporting people’s livelihoods – from providing food to generating tourism-based income.

The guidance is focused on measures that sustain species hunted and traded for wild meat, but addresses the need for inclusive, equitable approaches to sustainable wildlife management more broadly.

Any efforts to successfully manage wildlife need to recognise the critical role of indigenous peoples and local communities, not only as on-the-ground custodians of wildlife, but for the value their rich knowledge, often built up over centuries, brings to discussions and decision making.

Ultimately, decisions on wildlife management made in international policy arenas play out at the local level but, to date, local communities have had little voice in these debates. The Convention on International Trade in Endangered Species (CITES) for example, has only recently – via its Rural Communities Working Group – taken steps to get communities involved in decision making so their interests are represented.

Like CITES, the CBD is a treaty agreed between governments, and so it is governments that make decisions on amendments to, or implementation of, the convention at each Conference of Parties (COP). But local communities have plenty of opportunities to shape the agenda and input directly into draft decisions that are put to the COP.

In particular, local communities are active (and there is an indigenous co-chair) in a working group on traditional knowledge. But more broadly, the CBD secretariat regularly calls for inputs from all stakeholders – including indigenous peoples and local communities – on key issues to be discussed by parties. This has included, most recently, the development of the post-2020 global biodiversity framework.

Independently, local communities and indigenous peoples have also created their own networks, including the International Indigenous Forum on Biodiversity (IIFB) and the Indigenous Women’s Biodiversity Network (IWBN), providing platforms for channelling local perspectives into international decision-making processes. And IIFB is also a member, along with IIED, of the Collaborative Partnership on Sustainable Wildlife Management – convened by the CBD secretariat.

We need more than paper promises

Efforts to include indigenous peoples and local communities have resulted in some fine decisions – on paper. For example, the 2014 COP adopted an action plan that emphasised the need to incorporate community-based management of wildlife into national biodiversity strategies and identified concrete actions.

But laudable aspirations set at the international level are rarely translated into meaningful engagement and inclusion of local communities at the national level.

This is a missed opportunity – especially at a time when community involvement in tackling the illegal wildlife trade is receiving so much attention from the global conservation community.

Our own work through the Beyond Enforcement initiative has shown that communities, by virtue of their proximity to wildlife, can be the ‘eyes and ears’ of law enforcement – if the incentives are right.

In many cases it is women who are the eyes and the ears. The Black Mamba’s Anti-Poaching Unit in South Africa recognised that women don’t only make effective guards, but as wives and mothers can also act as role models for their families and wider communities, raising awareness of conservation and the folly of involvement in poaching.

Inspired by the Black Mambas, the Akashinga (“the Brave Ones”) programme in Zimbabwe similarly trains disempowered and often abused women as game guards. The all-female team manages an entire nature reserve, with members earning a salary while gaining status as rangers and biodiversity managers.

The CBD is a great example of how community voices can be integrated into inter-governmental treaties. Now governments need to put decisions made at the international level into practice at the local level in order to unleash the potential of community action – and strong women – and secure the sustainable future of wildlife.

A version of this post was previously published on iied.org and is republished here with permission from the author.