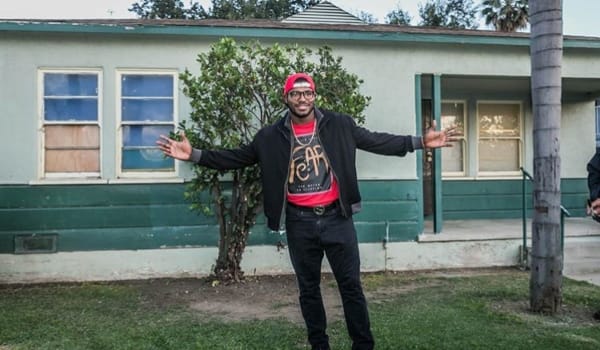 Bouncing from the L.A. Dodgers to the Cincinnati Reds and now to the Cleveland Indians, all in the span of seven months, MLB right fielder Yasiel Puig is still managing to make time for his off-the-field priorities, namely his philanthropic work. Despite relocating across country, Puig has stayed committed to giving back to the place he called home for seven years.

This past June, Puig returned with the Reds to his former city to square off against the Los Angeles Angels. During the trip, Puig joined local city officials and community members in San Fernando, California, where he helped break ground on two community projects that he and his Wild Horse Children’s Foundation are supporting.

In addition to restoring the area’s local park, Puig and his foundation are helping to fund renovations to an existing facility in the park that will be transformed into a youth community center called “Puig’s House.” The center will feature a kitchen for cooking and nutrition workshops as well as for distributing free meals to children and families.

“I love the community because all the time and every day when I go to play baseball I look into the stadium and a lot of people is coming to support myself and teammates,” said Puig. “We need to give back to the community and giving love to all the fans.”

Puig launched Wild Horse Children’s Foundation in 2016, naming it after the nickname famed Dodgers announcer Vin Scully gave him during his rookie year. Originally from Cuba, Puig established the foundation out of his desire to help children overcome struggles similar to those he faced growing up in his home country.

A version of this post was previously published on thesportofphilanthropy.com and is republished here with permission from the author.

About The Sport of Philanthropy

The Sport of Philanthropy is a blog created by social enterprise Champions for Philanthropy to highlight the charitable work of professional athletes, teams and major sports leagues in the U.S. and around the world. Our goal is to showcase best practices in sports philanthropy by sharing the powerful ways that athletes are leveraging their influential platforms to generate positive impact outside the game.

Through blog articles, social media feeds, interviews and other content, we celebrate inspiring philanthropic efforts in professional sports that rarely make the highlight reel. In our exclusive interviews, we talk with current and retired athletes, agents and teams about the causes nearest and dearest to them and how they are effecting change in communities across the globe.

To learn more about Champions for Philanthropy, visit championsforphilanthropy.org