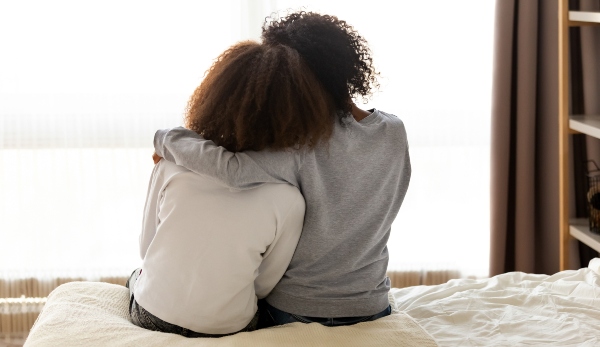 By the time I was 32, I’d been screwed over so many times that I would scrutinize even the most mundane niceties. When a guy returned a sweater I’d left in his car the next day, I actually wondered what his motive was.

My trust had been damaged by several people, many of whom I’d been close to, so I was quick to assume something bad.

We need people. Relationships are the greatest indicators of our own personal happiness. Whether personally or professionally, they help us feel more a part of and connected. No one is perfect, but if we’re always assuming the worst about people, we aren’t giving them any grace to be human.

There’s a difference between having an open mind and being naive. I’d been naive when I was hurt previously, but today I can extend an open mind and assume the best instead. Here’s how to do that:

Humans have a negativity bias. Think about it: in the space one day, you get punched in the face once and receive ten compliments. Which one are you going to focus on more? We tend to walk around the world wearing shit-smeared glasses rather than rose-colored ones. We are even more likely to assume that negative information is true.

This is why assuming the best about people can be so difficult. It actually goes against the wiring of our brains, but you can help circumvent that by taking a minute to slow down before you accept an assumption as fact.

Take a deep breath, even tell yourself the aphorism, “First thought wrong” (because it often is, right?).

“I know my life is better when I work from the assumption that everyone is doing the best they can.” — Brené Brown

Try putting yourself in their shoes.

You and your partner have had a date scheduled at a nice restaurant for the last week. You leave work early, change, and head to the place to make your reservation. You text your honey once you get there, but you don’t hear anything back. You get seated, but as the minutes tick by, you’re getting more and more frustrated that your partner isn’t there.

Am I being stood you up? We’ve been dating for almost a year! you think.

Your mind starts spinning out of control. When your partner finally arrives 30 minutes late to the restaurant, you’ve already finished an adult beverage and half the bread basket. You’re so annoyed that when they lean down to kiss you, you turn your face away.

“My phone died!” they say. “Remember how I lent you my charger last week? I forget to get it back.”

While their story has some truth to it, you can’t get over how mad you are, and you keep running through all of the terrible possibilities you’d made up while they were late.

This is where it’s important to try putting yourself in their shoes. Here they were, trying to get to you, but they’d hit traffic, their phone had died, they had no way of telling you, and of course, they were worried and angry. Then they finally get to the place, and you’re cold. How do you think that would make them feel? They hadn’t done anything wrong on purpose. There’d just been a cluster crapstorm!

Even if your first thought might be malfeasance or mischief, try putting yourself in their shoes and imagining it’s not.

“Give people the benefit of the doubt, over and over again, and do the same for yourself. Believe that you’re trying and that they’re trying. See the good in others, so it brings out the best in you.” ― Liz Newman

Ask yourself, “Would a reasonable person do that?”

When I ask myself this question, I am checking the power negative thoughts can have over me. For example, if I thought my partner was late to our date because he was cheating on me, that could send me down to a 9th level of crazy. Think accusations, respect-what-privacy?, scream-cries, etc. etc.

But if I took a second to say, “would my reasonable, kind, loving partner cheat on me?” I would likely come to the conclusion that no, that wasn’t the case.

“When we believe the best of people, we let go of each thing they do that is hurtful to us. And we choose to think things like, ‘I don’t believe they meant to hurt me.’ ‘Maybe they’re having a bad day or don’t feel well.’”— Joyce Meyer

Giving anyone the benefit of the doubt not only helps you to avoid negative feelings, but it also promotes positivity and patience. Every relationship you have needs that.