Get Daily Email
Join/Login CLOSE
Home / Featured Content / Your ‘Black Friend’ is Not an Alibi: White Deflection and the Reality of Racism 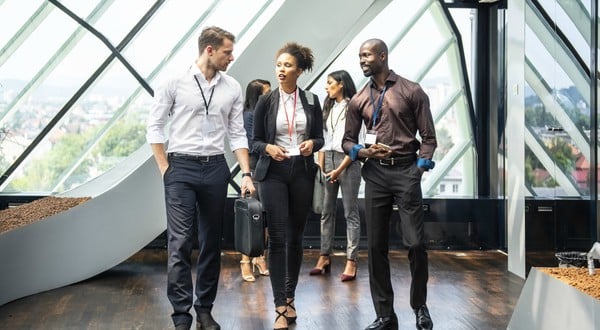 —
Honest to God, if I hear one more transparently racist white person insist they aren’t racist because they have black friends, I’m going to punch them in the face. But not because I’m violent. I’m not violent. After all, I have friends who are pacifists.

Yes, this is a joke, but it sorta makes the point doesn’t it?

In all seriousness, it’s like clockwork: a white person says or does something incredibly racist, and without fail they retreat to the tried and true defense that they can’t be racist because they have black friends, or love Thai food, or have a Dream Catcher in their rear-view mirror, handed down from their great-great-grandmother who was a Cherokee princess or some such shit.

Without fail, this is the fall-back defense for every act of racist asininity: to wrap oneself in the cloak of one’s multicolored affinity networks, as if this provided the perfect inoculation against the charge that they were anything less than purely enlightened.

Of course, in truth, the defense and the people offering it are both fraudulent.

How do I know? Easy. Every time I’m confronted with one of these people I ask them a series of questions, all of which are splendidly simple, yet, questions that they have never — not even one of them — been able to answer in a satisfactory manner.

First, and regarding their black friends, I ask the most obvious of all questions:

Can you name them?

And not just first names please — I mean, who can’t think up “Jamal” or “Keisha” off the top of their head in a pinch — but rather, first and last name. After all, I know the first and last names of all my real friends, white, black, or otherwise.

If they manage to somehow get past this question — and only about a third do — I then ask them where their black friend (or friends if they’re really large-scale liars) grew up? After all, if asked this about a real friend, most of us would be able to answer with little trouble.

Then, for the handful who make it this far — and I mean they can be counted on a few fingers — I ask the final question.

Could you please dial their numbers on your cell phone for me, and let me speak to them?

Blank stares ensue, followed by something about how they don’t have their black friend’s numbers in their phones (unlike their white friends, whose numbers are right there, ready to be dialed or texted at a moment’s notice).

So I ask for e-mail. Nope, they don’t know their e-mails either.

Mmm hmm… Of course not. And ya know why? Because they are lying.

They don’t have black friends. Not real ones at least. Engaging in small talk with a black person about your mutual affinity for hip-hop, or comparing March Madness brackets around the office water cooler with a black guy does not mean you have a black friend. Neither does it qualify as friendship if you occasionally find yourself shooting hoops at the campus rec center with a black dude you barely know, or eating at Sylvia’s in Harlem and chit-chatting with the employees, or hiring Omarosa and name-dropping Don King.

Friends are people with whom you share the multitude of pain and joy that life has to offer.

They are the people with whom you share real secrets, insecurities, fears, triumphs and defeats.

They are the people who know they could turn to you in a pinch, and to whom you could turn were the proverbial shoe on the other foot.

And they are people who damned sure would jack you up were you to say or do any of that stupid shit you just did or said, after which you proceeded to use them as your alibi.

Of course — and here’s the bigger point — even if one does have black friends, this doesn’t mean that one is free from racial bias or could never act in such a way as to further racism.

I mean, if personal closeness to people of color were all it took to insulate oneself from a charge of racism then, by definition, male heterosexuality would be the perfect defense against charges of sexism. All straight men could answer allegations of misogyny, no matter how blatant, with a simple, “but I’m married to a woman!” every time they ogled a woman’s breasts in public, claimed that women who get raped “probably asked for it,” or ruminated about how no woman should be president because of that whole menstrual cycle thing.

In short, personal affinity for someone who is of color, or a woman, or LGBT, or whatever, says nothing about how one views the larger group from which those individuals come. After all, there were many whites who supported enslavement and segregation as social systems, and yet, managed to conjure personal kindness for individual black people on a case-by-case basis. Their friendly relationships notwithstanding, they were complicit with evil, and thus, were themselves instruments of that evil.

Whites who claim to have black friends (and perhaps even do), and yet view the larger black community with disdain, or view their black friends as exceptions to a general and more negative rule, are indeed racists, however unwilling they may be to wear the label. Carving out exceptions for your own personal Cliff and Claire Huxtables — whether in one’s friendship circles or at the ballot box by voting for Barack Obama — does nothing to alter this sad fact.

Even more distressing, the systemic inequalities that continue to plague our nation are capable of rendering even genuine interracial friendships moot by virtue of the different treatment provided to those on the respective sides of that racial coin.

And yet, a few important facts are worth considering: facts that make those early friendships far less important to understanding my own racialized experience than they might otherwise seem.

First, my genuine affection for those friends did little or nothing to prevent them from experiencing institutional racism and race-based mistreatment in those schools. Routinely they would be punished more harshly than the white kids (myself included) for minor behavioral infractions, even though they committed those infractions no more frequently than we did. That we were friends did not imbue me with an understanding of what was happening, let alone the nerve at the time to speak out and interrupt the process to which they were being subjected.

And again, my closeness to those kids did not prevent me from taking advantage of my race-based privileges — or indeed, even allow me to notice that they were race-based privileges at the time — let alone to protest the unfairness of it all. So although the friendships were real, their impact on racism as a functioning social reality in the lives of my black friends, and myself, meant nothing.

Second, and as I have written about many times before, my genuine connections to black folks did not prevent the intrusion of racially-biased thoughts from time to time. I’ve caught myself having racist thoughts over the years, and though I have caught myself and interrupted the thoughts before they manifested as racist action, that doesn’t get me off the hook. It means that like anyone, I am subject to the influences of my culture. It means that advertising works, and in the case of racially prejudicial imagery, we’ve all been subjected to plenty of that advertising, so to speak. We can deal with that honestly, and resolve to do better tomorrow than we managed to do today, or we can prevaricate and pretend that we haven’t a racist bone in our bodies, despite that conditioning.

Only when those personal relationships translate into collective and committed action will they do black and brown folks much good.

And interestingly, white folks who are actually committed to that kind of action, and the change it would portend in the larger society, are the white folks who never feel the need to parade their interracial friendships in front of others, while the ones who wear their black and brown friends on their sleeves like trophies are the ones who rarely ever do a damned thing to alter the institutional patterns that subject said friends to myriad injustices.

Oh, and just so ya know: this is pretty much exactly what your black friends would tell you. Well, that is, if you actually had any.
—

Facebook380TweetPinEmailShares380
wpDiscuz
Share this ArticleLike this article? Email it to a friend!
Email sent!