Get Daily Email
Join/Login CLOSE
Home / Featured Content / Your Landlord Might Be Making Deals With Broadband Providers. We Want Them to Stop. 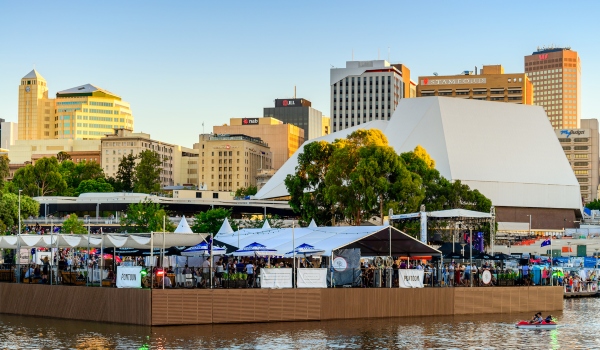 Let me tell you a story about my attempts to get broadband internet access at my old apartment building. I had just finished law school and moved into a large corporate apartment in the Washington, D.C. area. After doing some research, I picked the broadband and cable plan that was best for me and my very low new-grad budget, only to find out that my building didn’t have that particular provider. So, despite my preferences, I was forced to go with the only service that was available in my building. With millions of Americans living in apartment or condo buildings, and millions more working in office buildings, many of you can likely relate to being forced to use one service provider because it was the only option offered. However, this story doesn’t have to be so common.

To understand why so many apartment dwellers lack choice in broadband and cable TV providers, the first thing you need to know is that in order to get broadband and/or TV in your apartment, providers need access to the building to install the relevant infrastructure. The second thing you need to know is that landlords eventually realized that they could profit from the fact that providers need access to the building in order to offer their services to the building’s many tenants. So, it was fairly common practice for landlords of apartment buildings, condos, or office buildings (called multi-dwelling units or multi-tenant environments) to profit by entering into exclusive agreements with internet or TV service providers that prevent residents from choosing their preferred provider. For example, landlords could charge fees to a service provider to have the exclusive right to enter the building to install the necessary infrastructure. Ultimately, these agreements eliminated competition for TV and internet services for those living in multi-dwelling units, and thereby its benefits — like lower prices and better service.

Although the Federal Communications Commission eventually outlawed these exclusive agreements that prevented competitors from offering service in the building, landlords and providers nevertheless found ways to utilize non-exclusive agreements to profit from effectively limiting consumer choice. For example, landlords could refuse to allow any provider that won’t share their revenue with the landlord into the building, or enter into exclusive “bulk billing” agreements, whereby the building owner could pay a particular provider for service to all residents, and factor that fee into rent. Even if a resident chooses to use a different provider, they’d still need to pay that portion of their rent, thereby essentially paying double if they don’t like the bulk billing provider. Even if landlords don’t have agreements related to service, they could have exclusive advertising agreements that preclude all but one provider from hanging posters or offering residents wine and cheese, to try to get their business. This limits consumer information, reducing tenant’s ability to make the right decision about the best provider for them. Tenants might not even know why they have only one choice of provider, since the details of any agreement between a landlord and a provider might be confidential.

By stopping competition, these practices hinder consumers’ ability to have affordable internet that meets their needs. That’s why Public Knowledge has supported better consumer choice in multi-dwelling units for years, including filing comments in 2017 with the FCC arguing that it should prohibit any exclusive service contracts in multi-dwelling units, including exclusive revenue sharing agreements, exclusive marketing and wiring agreements, or bulk billing arrangements.

We’re still fighting for tenants of apartments and condos and other multi-tenant buildings, most recently responding to the FCC’s July notice of proposed rulemaking (NPRM), which asks how the FCC can ensure “greater consumer choice for Americans living and working in [multi-tenant environments].” In our filing, we argue that the FCC should prohibit any kind of exclusive agreement between landlords and providers, on the basis that these agreements unjustly limit consumer choice and increase the accompanying harms. Among other proposals, we also argue that the FCC should implement mandatory access rules that require landlords to let multiple providers access their buildings. This will ensure that consumers can have access to any TV or internet provider they want to use.

We also argue that the authority proposed by the Commission in its NPRM is insufficient. We’ve had our disagreements with the current FCC, but we want the Commission to have the legal authority it needs to enact strong consumer protection rules. It does no good for the Commission to enact rules that are open to a successful challenge by ISPs, landlords, realtors, and other parties who might disagree with them. And since a blog post about an NPRM filing wouldn’t be complete without some law wonk information: The main problem with the NPRM’s current approach to legal authority is that it attempts to rely on Title II of the Communications Act, which only applies to telecommunications carriers. But in a move that Public Knowledge is currently challenging in court, the FCC classified broadband service providers as “information services” (like websites and cloud computer services) instead of telecommunications. This means that Title II is no longer available. As we argue in the comments, the Commission can easily fix this by correcting its previous error in classification. We provide several other sources of authority as well.

Without taking steps to limit all types of exclusive arrangements between landlords and providers, consumers will continue to suffer. As we make clear in our comments to the FCC, these landlord/provider agreements hurt competition, and the agency should ban them.

This post was previously published on Publicknowledge.org and is republished here under a Creative Commons license.