Get Daily Email
Join/Login CLOSE
Home / Featured Content / Your Life is Re-Written Every Day. So Who Holds the Pen?

I’d like to open this week’s column by stating something big.

I finished my initial draft of novel number two on Christmas Day.

{Bowing from behind my laptop}

I first need to make it good. Then we’ll talk about book signings.

But I wanted to bring up a theme from my first book. Had to write a first before I can write a second.

Written in the Stone – I had several themes in mind when I was writing that.

One of those themes is part of the inspiration for the title.

How are you filling you dash?

What am I talking about? Dash?

Here’s the context. Most grave markers have a few things in common.

And in between the birth and death dates, you’re going to find a dash. And that dash is your life.

It matters not if your dash is only 9 weeks – like what happened to the young son of a very dear friend of mine last summer – or 90 years. The question is the same either way.

How are you filling your dash?

I’m going to let you in on a secret of life. This is something that I’ve discovered time and time again over the course of my life.

The only final draft you’re ever going to have on your dash is when the mason carves your dash into your headstone.

I’ve been spending a lot of time thinking and meditating on the idea of reinvention lately.

Granted, I had a pretty major reinvention this past summer when I launched Royal Hearts Coaching and I started seeing myself as the King I am.

That was also around the time I started whining about peasants, and generally started putting my voice on a loudspeaker.

But there is a coaching statement I want to make with this.

As long as your dash is open, you can keep revising and re-writing your story. Just don’t let anyone else hold the pen.

I’ll give you a perfect example of this in my own life.

You may be familiar with this. My Alabama Crimson Tide played a rather important football game this past week. Yeah, miracle play to end the game and all.

I think I aged 20 years during that game.

For the Sugar Bowl semifinal against Clemson, I found a really cool sports bar in Stamford, CT. Really awesome place with cool décor, a wall of TVs, and truly killer food. It kind of reminded me of a sports betting bar in Vegas.

I mean…I’m just assuming that’s what it would be. I’ve never actually been…yet.

I don’t get out much.

New Year’s night, I walk in and within five minutes, I spot a guy wearing a Bama hat. I gave him a Roll Tide, he bought me a shot, and 5 minutes later we were friends.

He had to leave at halftime because he was on call for his job. So I found another table of Bama faithful and made friends with them.

Now, this isn’t something I’ve always been able to do – make friends easily. And it’s so incredibly cool to me to know that I’m able to do this with such ease now.

I got a text early Monday afternoon from my new friend Elizabeth (the Bama fan and grad who I met the previous week) asking me if I was going to the same place to watch the national championship game.

And I did. It worked against Clemson, I’m not going to break that up energy for the national championship game against Georgia. I met up with Elizabeth, her friend Katherine, and my new friend James. I’m wearing the same shirt (we Southern-fried college football nuts are a superstitious lot.) I ordered the same meal. Drank the same beer.

It was really nice.

And here’s where it gets reinvention-y. This is what is really cool (if not a little uncomfortable) for me to be with.

Before kickoff, I spotted like 10-12 other Alabama fans scattered throughout the bar. I went around to each one of them, shook their hands, exchanged “Roll Tide”, and spoke with each one of them individually.

To say nothing of my new friends genuinely enjoying my company simply because I was being myself.

This doesn’t generally happen for me. This isn’t me.

See, this is a revision of my life I’ve been working on for a while. It’s beautiful, amazing to be with, and feels miraculous.

This is what happens when you reinvent yourself. It’s not big, heavy, and significant. It can be subtle, hit you like it did me, and your life will forever be changed.

As long as you’ve got a heartbeat, your lungs can draw air, and your brain is firing – you can re-write your life.

But you shouldn’t do this alone. I’d love to support you!

Email me at [email protected] for a free sample coaching session opportunity. if you want to create your life, why not create a life that you love and turns you on?

I always wonder how much of my initial draft winds up in the final version that you will eventually hold in your hands.

No matter the answer to that question, know this. As I turn my first draft into something good, the delete key is going to become my best friend.

My book isn’t even written in the stone yet.

Now my first one, on the other hand… 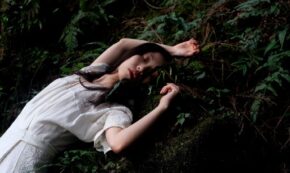 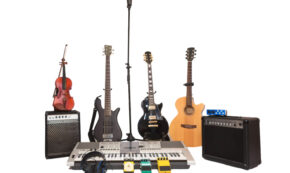 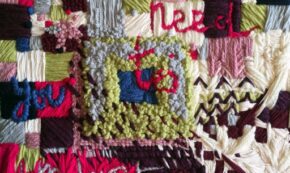 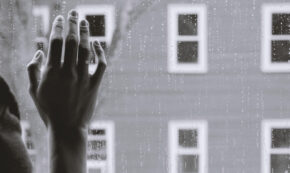 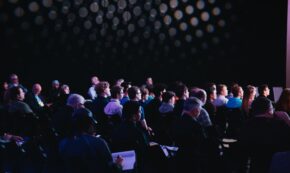