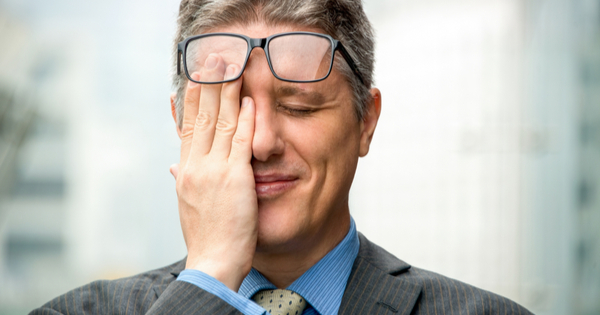 You dread it. You do everything possible to avoid it, take every precaution and all the right steps. But one day it will happen.

You screw up. Or something you’re responsible for (in your professional life) gets screwed up.

If you have been an employee of any kind for, say, five years or more, there is a very good chance that some disaster has happened at least once.

What do I mean by “disaster?” In the world of communications — where I lived for around 15 years — it could look like…

There’s a reason why these seem so detailed. Yep. Most of them happened to me. A couple happened to people I know and who will remain nameless, lest they come get me in my sleep.

The bottom line is, if you work somewhere long enough, something bad will happen, even to the very best, most professional employees in the world. It’s just the law of averages.

Here’s what I’ve come to realize: It doesn’t matter.

These things are meaningless in the broad scheme of things. Oh, sure, there may be some short-term drama, but folks, we live on a relatively tiny planet in a vast galaxy of zillions of other planets and even solar systems that have been spinning around in space for a very, very long time. Our lifespans hardly even register as a blip on the timeline of this world, let alone that of the universe. If you don’t believe me, go listen to the song “Dust in the Wind.” (See? Kansas knows.)

Do the best you can with the time you’ve got. Do something you love. Surround yourself with people you enjoy and give it your best shot. Don’t sweat the mistakes! That’s not what people remember in the long run. They remember all the good stuff you’ve done and how you treated them with respect, humbleness, and love.

But for God’s sake, don’t use a flash when taking a portrait of a chicken!